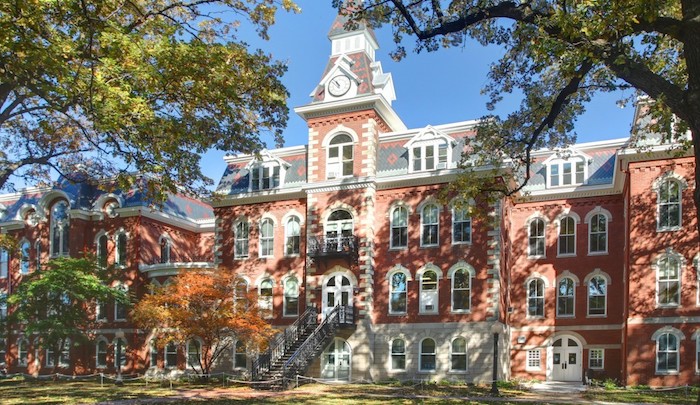 How wonderfully ecumenical and broadminded! When will the local Islamic school open a chapel for Christian students? What’s that? It doesn’t work that way? Why not?

Meanwhile, this is the sort of thing that the Muslim students will be praying in their dedicated prayer room at St. Ambrose University:

And here’s my favorite New Testament verse, this time referring to St. Ambrose University: “Leave them; they are blind guides. And if a blind man leads a blind man, both will fall into a pit.” (Matthew 15:14)

“Catholic university opens sex-segregated prayer space for Muslim students,” by Daniel Payne, College Fix, May 9, 2018 (thanks to The Religion of Peace):

A Catholic university in Davenport, Iowa recently opened a prayer space dedicated to Islamic worship, honoring the legacy of a deceased professor of the school who taught a world religions class.

The prayer room, developed by a senior of St. Ambrose University in collaboration with its Saudi Student Association, is designed “specifically for students of the Islamic faith,” according to a report on local NPR station WVIK.

The room features “sinks for ritual foot-washing,” as well as “separate areas for male and female worshippers, since Islamic tradition calls for different prayer areas for each sex.”