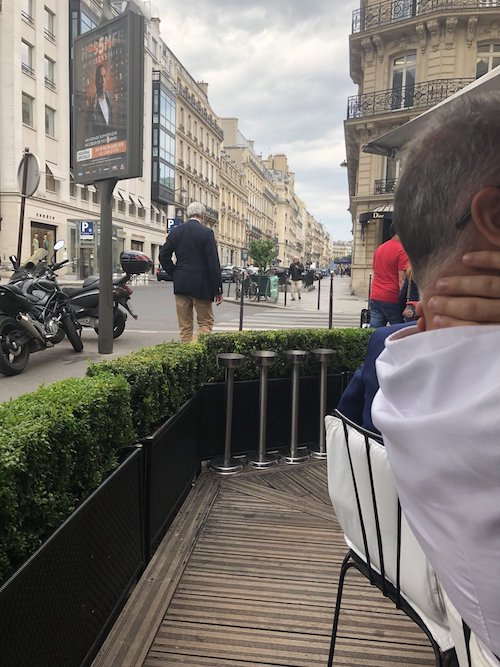 WHAT WAS JOHN KERRY DOING IN PARIS SATURDAY AT NOON WITH THREE IRANIAN DIPLOMATS, WHILE HIS PRESIDENT, DONALD TRUMP, HAD JUST CANCELED THE NUCLEAR AGREEMENTS?

Obviously, the former catastrophic diplomat who cannot even stand on a bike does not fear being prosecuted for treason against his country: he is a Democrat, and therefore he is protected.

Admittedly, the FBI has indicted Michael Flynn, the national security advisor to President-elect Trump, for identical but less serious reasons: he spoke with Russians during a cocktail party while he was still a simple citizen: Flynn is a Republican, all the force of the law apply.

And of course, the media won’t say a word about it: collusion with a foreign power, it only interests them if they can accuse President Trump.

“So John Kerry just left a meeting @ L’Avenue in Paris w/3 Iranians. A friend was sitting next to their table and heard JK blasting @realDonaldTrump. The Iranians had a 5 person security detail and left in diplomatic vehicles. Is he FARA registered?”

Kerry would not have had to resort to rogue and shadow diplomacy if he had negotiated a good deal.

Jean Patrick Grumberg is a journalist. In the 1970s, he worked under the direction of Georges Wolinski for the satirical monthly magazine Charlie (Charlie Hebdo), then as a businessman and a lobbyist. He is a contributor to French conservative website Dreuz.info and other francophone and anglophone media.