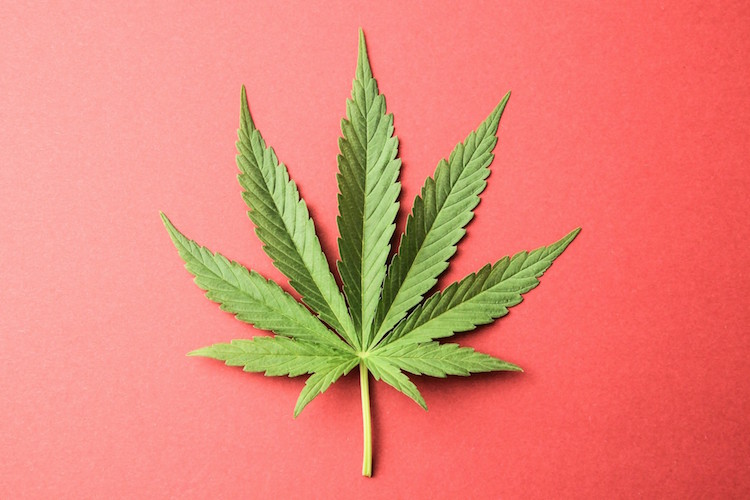 It’s often half-jokingly said that if there was one thing that could bring Americans together, it would be cannabis. That might seem a little far fetched at first, but once you discover how many people want cannabis legalized, it will make sense.

As of 2018, nine states allow recreation use in some form, while 30 allow medicinal use and 16 allow only CBD, an active component of the cannabis plant which aids in pain relief and sleep.

According to a poll from the Marist College Institute for Public Opinion, 52% of American adults have tried marijuana at some point in their lives, while 44% of those adults who have tried it are also current users.

To bring it all together, a Gallup poll from 2016 sums up the situation by showing that roughly 60% of Americans support legal use of marijuana. However, these numbers are likely to only rise as people better understand the safety and medicinal benefits of the cannabis plant.

So, if for years most people have agreed on legal cannabis, why does it remain a federal crime? As you may have guessed, several powerful interests are playing gatekeeper over our rights as citizens to use cannabis. Here are the top five offenders.

As it turns out, alcohol companies are deadly afraid of competition from cannabis, which is a much safer and therapeutic drug than alcohol. From the National Beer Wholesalers Association to the Wine & Spirits Wholesalers of America, these organizations have spent more money on political candidates as the demand for legal cannabis goes up.

So far in 2018, the Beer, Wine & Liquor industry spent a total of roughly $7.7 million on lobbying efforts and super PAC’s, with the biggest offenders being Anheuser-Busch InBev and Distilled Spirits Council. Ironically, that number is down greatly from a peak of over $30 million in 2017.

In order to meet the proper quotas, police need to arrest a certain number of people each week. Without proving their necessity with these numbers, police departments don’t have the same ability to gain funding than they otherwise would. Because a significant number of arrests come from cannabis, this makes them afraid of legalization.

In 2012, the National Fraternal Order of Police spent a peak $110.2k on lobbying and super PAC spending, while the National Association of Police Organizations have spent a consistent $160k from 2008-2017.

When you take into account statistics from the ACLU such as the fact that 52% of all 2010 drug arrests were from cannabis while making a pot bust every 37 seconds on average, the situation looks more like a government subjugation of the people than “protect and serve”.

As prisons gain prisoners, they also gain profit and the prison-industrial complex is no stranger to this controversy. These are the corporations and state facilities which are most likely to lobby for stricter enforcement, longer sentences, and overall greater criminalization of innocuous activities such as smoking cannabis because it means higher profits for them.

Although cannabis is not proven to be heavily addictive and much of the violent drug-related crime problem in America is due to prohibition, prisons still lobby for the criminalization of cannabis under false pretenses of addiction and violence. Not to mention the fact the illegality of marijuana has created a massive black market and has never been proven to reduce its use.

In the face of all this, organization such as the GEO Group (a “Florida-based company specializing in privatized corrections, detention, and mental health treatment,”) the American Federation of State, County & Municipal Employees, and the Association of Administrative Law Judges have all spent large sums lobbying for greater criminalization.

Perhaps the most unsurprising is Big Pharma. Due to a growing awareness of the medicinal benefits of cannabis oils and cannabis-derived CBD, pharmaceutical companies are having a frenzy trying to suppress its use.

Last but not least comes big government. According to the Economist, prohibition has essentially become a $20 billion federal jobs project. In 2010, Jeffrey Miron, a senior lecturer at Harvard University studies the impact that drug legalization would have on the American economy. What he found was that roughly $8.7 billion could be saved on law enforcement spending, while another $8.7 billion would be obtained through taxes on cannabis alone. After inflation, that number would add up to more than $20 million today.

However, the current bloated government does not take this situation lightly. As government overreach is often fueled by drug war policies, government bureaucrats are spending a lot of money to keep cannabis illegal. These include the American Federation of Government Employees who in 2016 spent $1.6 million on lobbying and the National Active & Retired Federal Employees Association who spent $1.2 million.

Cannabis Liberty Could Bring America Back Together

As both big government and big business are behind the trampling of a right which most people agree we should have, if the answer to America’s division problem lies in any one issue, it is most likely cannabis.

This article (These 5 Organizations are the Reason Cannabis is Still a Crime) was originally created and published by Waking Times and is published here under a Creative Commons license with attribution to Phillip Schneider and WakingTimes.com. It may be re-posted freely with proper attribution, author bio, and this copyright statement.