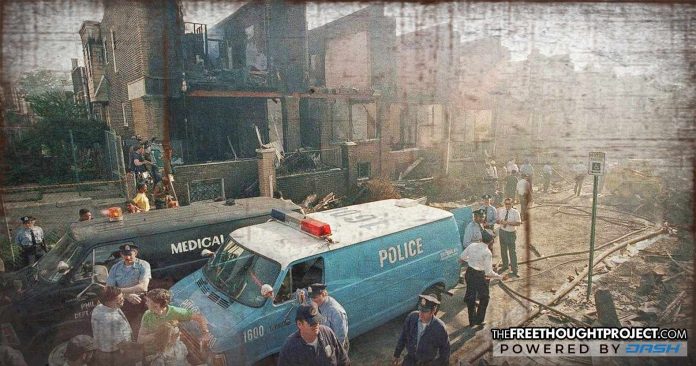 Since the beginning of time, there has been a constant struggle between people who want to be free and those who seek to control them. It is an unending war that that rages just beneath the surface of “civilized” society, waiting to reach a boiling point where violence can erupt on the streets between police and citizens—or the oppressor and the oppressed.

Since our history is passed down by those who seek to control us, this struggle is framed in a way where the oppressors are always the innocent victims, and the oppressed the senseless terrorists when in reality, the opposite is usually true.

Nowhere is this situation more obvious than in the media coverage and cultural myths surrounding the American Civil Rights movement. Police would regularly raid the offices and homes of civil rights leaders, shooting first and asking questions later. In fact, many civil rights leaders did not make it through the 60s and 70s alive, and most of the original Black Panthers were either killed by police or imprisoned for life. Yet this aspect of the situation was entirely absent from the media reports of the day and is even rarely discussed in modern times.

One of the worst acts of police terrorism against the Civil Rights movement occurred on May 13, 1985, when the Philadelphia Police Department bombed the homes of a black liberation group called MOVE, killing 11 people, five of whom were children.

MOVE was a Philadelphia-based organization formed by Civil Rights leader John Africa in 1972, with the goal of creating a radical change in society by creating communities that lived according to their own rules and values, instead of under the authority of the federal government. MOVE crowdfunded the purchase of multiple adjacent homes in the city to build their headquarters, where members of the group lived communally and planned protests. Unfortunately, it was not long before they caught the attention of local police, who were threatened by their philosophy and their presence in the community.

Most mainstream coverage of this story highlights the fact that neighbors were unhappy with the living conditions in the compound, and it is often claimed that the police only became involved because they received complaints from concerned citizens who were uncomfortable that such a radical activist group was “in their backyard.” However, it is important to point out that this was during a time of great social tension when racists would often use police as a tool of violence against their darker skinned neighbors.

In 1978, MOVE had their first major standoff with police after the city attempted to forcibly remove them from their homes. When police attempted to enter the house to take people away, a shootout erupted, and Philadelphia Police Officer James J. Ramp was caught in the crossfire and killed.

Members of MOVE have insisted all these years that Ramp was actually killed by one of his fellow officers in a case of friendly fire, which is an extremely plausible explanation considering that Ramp was shot in the back of the neck. Seven other police officers, five firefighters, three MOVE members, and three bystanders were also injured.

Despite the fact that there was no evidence tying any particular person to the single bullet that killed Ramp, nine members of MOVE were each sentenced to a maximum of 100 years in prison for third-degree murder. One person was killed with one bullet and nine people were sent to jail for their entire lives.

After the conviction of these political prisoners who would eventually come to be known as the “MOVE 9,” the organization understandably became more militant and radical. Then, in 1981, the group established a new headquarters across town at 6221 Osage Avenue in the Cobbs Creek area of West Philadelphia. In addition to rebuilding their commune and staging protests, MOVE also set up a bullhorn outside of their headquarters that would regularly blast anti-government messages out to the community.

In 1985, after years of legal conflict, Mayor W. Wilson Goode and Police Commissioner Gregore J. Sambor classified MOVE as a terrorist organization and planned a full-scale raid of their headquarters. This time, police fully evacuated the entire neighborhood before moving in on the compound.

“There were nearly 500 police officers gathered at the scene, ludicrously, ferociously well-armed—flak jackets, tear gas, SWAT gear, .50- and .60-caliber machine guns, and an anti-tank machine gun for good measure. Deluge guns were pointed from firetrucks. The state police had sent a helicopter. The city had shut off the water and electricity for the entire block. And, we’d come to learn, there were explosives on hand,” one witness described the events to NPR.

After a standoff lasting several hours, police gave MOVE a 15-minute warning to surrender around 6 a.m. and they were met with gunshots from inside the building. That is when police returned fire, unloading over 10,000 rounds at the MOVE headquarters over the course of 90 minutes.

Next, the police dropped a bomb on the building from a helicopter, igniting multiple homes on fire.

Ramona Africa, one of the few survivors of the attack, spoke about her experience in an interview with Democracy Now in 2010, saying that:

“In terms of the bombing, after being attacked the way we were, first with four deluge hoses by the fire department and then tons of tear gas, and then being shot at — the police admit to shooting over 10,000 rounds of bullets at us in the first 90 minutes — there was a lull. You know, it was quiet for a little bit. And then, without any warning at all, two members of the Philadelphia Police Department’s bomb squad got in a Pennsylvania state police helicopter and flew over our home and dropped a satchel of C4, a powerful military explosive that no municipal police department has. They had to get it from the federal government, from the FBI. And without any announcement of warning or anything, they dropped that bomb on the roof of our home.”

The MOVE bombing is easy to sweep under the rug because its victims were radicals who rejected the norms of mainstream society. These people were peaceful until they were attacked, and it was only then that they responded with force, an action that would be considered self-defense in any other situation, but sadly fighting back against the state is typically portrayed as terrorism, instead of defense.