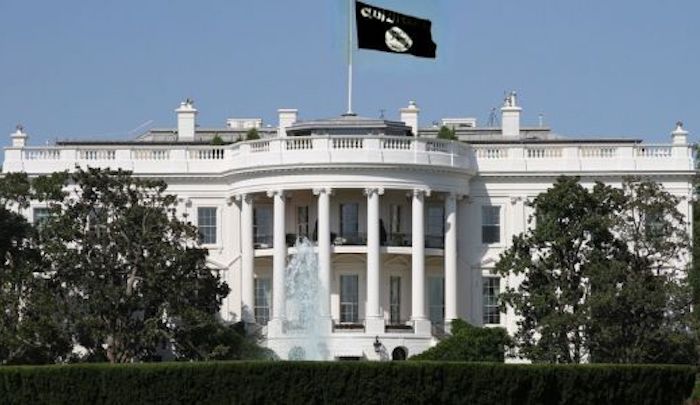 “In a few centuries, in Syria, where more than 90% percent of the population were Christians, and in Iran where an overwhelming majority of citizens were Zoroastrians, the demography drastically shifted to majority-Muslim. Neither nation could have anticipated such a change.”

And here in the United States: “The number of Muslims in the US has increased by 40% in just five years — between 2010-2015 — while in the same period the non-Muslim population of the US has grown by only five percent.”

“Radicalism: The Real Shock Was the Reaction of the Americans…,” by Majid Rafizadeh, Gatestone Institute, May 12, 2018:

“Soon,” said the letter, “America Will Be Ours”.

The writer, it became clear, was an extremist Muslim in the U.S. who claimed to be a reputable religious preacher. With each new word, concern grew.

He pointed out, throughout the letter, the “sinful” ways of the West: dancing, drinking, dating…

He expressed disgust that most women did not wear the hijab or participate in prayer five times a day. Then he got straight to the point: “Ours,” he explained, represented Muslims like him.

The sentiment is hardly a new one. A person hears similar proclamations from many Muslim extremists throughout the years. The real shock was not letter but the reaction of many Americans after seeing it.

Such a thing, they said, could never happen. The writer’s words were “just bluster,” nothing to be taken seriously. Most surprisingly, they stated — honestly — that Muslims who speak of such intentions do not really mean what they say, so these threats should not be cause for concern.

The history of the two nations where I grew up — Iran and Syria — taught all of us there a big lesson about living in this kind of ignorance: the reality of how quickly a nation can be consumed by the philosophies of a religious state. An authoritarian and malicious regime, as exists now in Iran — the world’s leading sponsor of terrorismand brutal even to its own people — is something we cannot forget.

In a few centuries, in Syria, where more than 90% percent of the population were Christians, and in Iran where an overwhelming majority of citizens were Zoroastrians, the demography drastically shifted to majority-Muslim. Neither nation could have anticipated such a change.

While many may underestimate the radical preacher’s claims that “Soon, America Will Be Ours”, for extremist Muslims these beliefs are strongly and deeply rooted.

Many extremists believe that their religious desire — for a “Muslim takeover of the White House, a directive from Muhammad himself ” — is coming true in the US. Religiously speaking, for these Muslims, ruling America is Allah’s (God’s) word, a sacred promise is coming to fruition.

A recent survey and demographic research released by the Pew Research Center found that Muslims will soon overtake members of other religions, including Jews, as the second-largest religious group in the United States.

This issue should not be taken lightly. What does being the second-largest religion in a country mean? Voters impact local and national politics, swing domestic elections, elect more representatives from the same religious affiliation, are influential enough to determine who the next president of the United States may be, and change the laws of the land. All it takes is a subtle shift in power for the entire society, political system and culture of a nation to be changed.