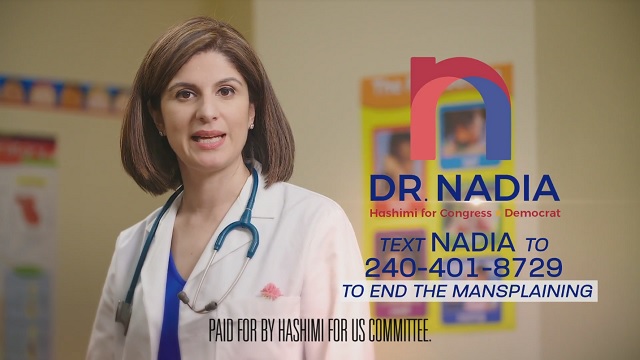 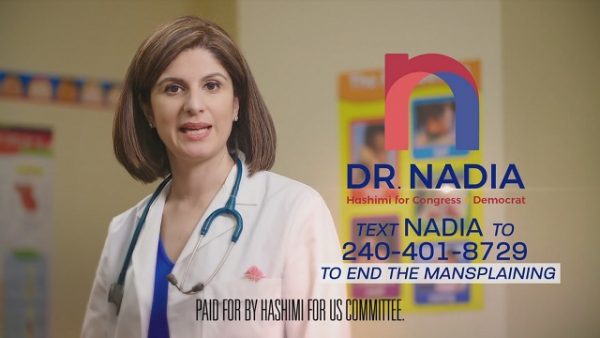 This is your average Democrat running in the midterms.

A Maryland House candidate says in a new ad that she is running for Congress because there is too much “mansplaining” in the federal government about health care.

Nadia Hashimi says in an ad announcing her campaign for Maryland’s 6th District that Congress has “too many multimillionaires and politicians ‘mansplaining’ health care.”

“Is there a female doctor in the house?” a narrator asks in the 30-second ad, running on Maryland television stations, as the camera shows the exterior of Hashimi’s home. “There is in this house.”

“But zero female doctors are in this house,” the narrator adds, as the camera changes to show the U.S. Capitol.

Hashimi, an author and pediatrician who lives in Montgomery County, told The Washington Post in an interview that she is running against politicians with “alliances” to the pharmaceutical industries that she doesn’t share.

At no point does she specify how she’s planning to “end” the practice of men explaining stuff to women, but it’s best we not ask too much of her lest we be accused of manquiring (inquiring too much about women’s thoughts as a man).