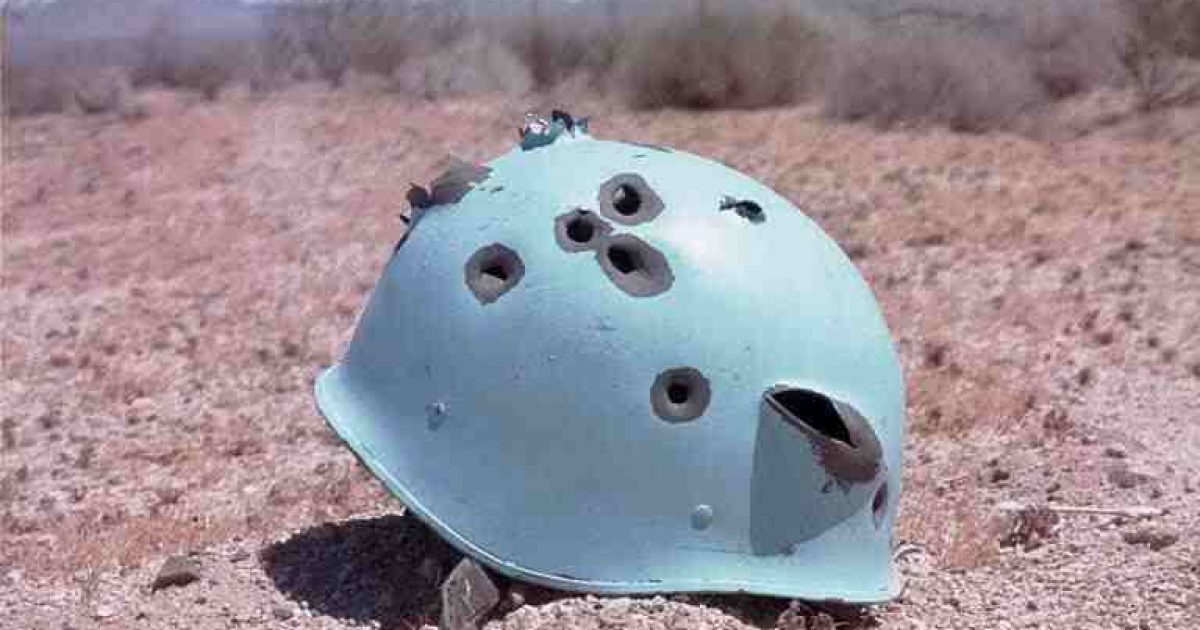 I’ve said it before and I’ll say it again, there is no gun control, there is only gun confiscation, and this is exactly what the United Nations is quietly advancing while other things take precedence in the news today.

The United Nations’ International Action Network on Small Arms (IANSA) is getting ready to hold their annual 2018 Global Week of Action Against Gun Violence from May 7 to May 14, 2018.

Now, part of the problem of the UN lies in the fact that anyone actually acknowledges that they have any authority over any nation to promote the restriction of the right for the people to keep and bear arms.  Yet, they promote such tyranny all the time.

The “Week of Action” is no exception.

Now, this year’s theme is “End the Crisis of Gun Violence.” Consider that the UN is largely populated by Communists, Islamists and other totalitarian led countries, but the theme sounds strangely familiar, doesn’t it, David Hogg?  It’s because it’s the same ideology that drives it.

According to CPNN (Culture of Peace News Network):

“Taking place one month before the Third Review Conference (RevCon3) on the UN Programme of Action to Prevent, Combat and Eradicate the Illicit Trade in Small Arms and Light Weapons in All Its Aspects (PoA), this year’s Week of Action will be an opportunity for urge governments to:

* Crack down on corruption that facilitates the illicit trade in small arms and ammunition.

Within communities, the WoA is also a chance to:

* Raise awareness of intimate partner violence and the increased dangers of having a gun in the home.

* Network with young people who are also concerned about gun violence and help amplify their voices.

* Raise awareness of the support that survivors of gun violence need.

* Bring civil society organizations together for a common goal.

* Raise awareness of the Sustainable Development Goals–particularly SDG 16.4, “significantly reduce illicit financial and arms flows”, SDG 5.2, “eliminate all forms of violence against all women and girls”, and SDG 4.A, the aim to “provide safe, non-violent, inclusive and effective learning environments for all”.

Suggested actions for the week include:

* Meeting with parliamentarians or government officials to press for concrete actions and compromises to reduce gun violence that can be reported at RevCon3;

* Engaging media outlets to ensure gun control and disarmament remain a priority in your country – linking it with the upcoming RevCon3;

I don’t know what President Donald Trump was thinking when he continued to promote the UN during his first speech to it.  Perhaps, he honestly thought he could sway these people, but in either case, they are doing just as they did before and advancing an agenda that is anti-American with American dollars.

Sounds to me like it’s overdue for Congress to put an end to funding the UN permanently and entirely, and to evict them from our shores.

One thing to understand and that is that the UN actually deems its agenda as “disarmament.”  According to the United Nations Office for Disarmament Affairs:

Under the Programme of Action to Prevent, Combat and Eradicate the Illicit Trade in Small Arms and Light Weapons in All Its Aspects (PoA), governments agreed to improve national small arms laws, import/export controls, and stockpile management – and to engage in cooperation and assistance.

In 2005 they also adopted the International Tracing Instrument (ITI), which requires States to ensure that weapons are properly marked and that records are kept. Moreover, it provides a framework for cooperation in weapons tracing – fulfilling one of the commitments governments made in the Programme of Action. Improving weapons tracing is now part of the 2030 Agenda for Sustainable Development.

At least they are somewhat honest about what they are doing rather than cloaking it in language like American Communists who call it gun control.

In a speech at the Global Week of Action Against Gun Violence, UN Disarmament Affairs Chief Izumi Nakamitsu told the world exactly what the position of the UN is when it comes to arms and the God-given right to keep and bear them.

“Every day, hundreds of lives are lost due to gun violence worldwide. Guns are responsible for about half of all violent deaths – nearly a quarter-million each year,” Nakamitsu said.

The UN claims that gun violence can be traced back to “a lack of adequate legislation and regulation on gun control; an insufficient ability to enforce existing laws; youth unemployment and a lack of job opportunities for former gang members and ex-combatants.”

“The international community must present a united front against gun violence which kills nearly 250,000 each year and injures many more,” Nakamitsu added.

Nakamitsu also said that the UN’s gun confiscation agenda is a part of its larger goal of Agenda 2030.

Stop and think a moment.  Nakamitsu is either truly ignorant of the facts or is lying.  I don’t think she is ignorant.

We know that America has the largest armed population in the world, and yet, when it comes to our murder rate, we aren’t even in the top 100 countries, many of those ahead of us have the strictest gun confiscation legislation in the world!

However, even in that, the incidents involving guns usually occur most heavily in areas of the US with the strictest gun confiscation legislation.

The UN is simply out to deceive the people.

While I grant that the UN doesn’t specifically make policy or law when it comes to the US, the fact is that Agenda 21 has been advancing in the US even though we never entered into it officially per our Constitution.  Therefore, we must be vigilant about what the UN is promoting and lest you think I’m paranoid or a conspiracy theorist when I speak of the UN wanting full gun confiscation, just listen as Mike Adams of Natural News breaks down one of the seventeen points of Agenda 2030.

Translation: Ban all gun ownership by private citizens, concentrating guns into the hands of obedient government enforcers who rule over an unarmed, enslaved class of impoverished workers. Criminalize living in most rural areas by instituting Hunger Games

-style “protected areas” which the government will claim are owned by “the People” even though no people are allowed to live there. Force all humans into densely packed, tightly controlled cities where they are under 24/7 surveillance and subject to easy manipulation by government.

Adams writes, “The UN is planning nothing less than a global government tyranny that enslaves all of humanity while calling the scheme ‘sustainable development’ and ‘equality.’”

That’s exactly right.  This is just one among a plethora of reasons why the UN should be abandoned by the united States.  We should not keep it on life support.  We should pull all our resources to it and any support for it, including housing the UN on our shores.

Legislation already exists to make this a reality, and the sooner the better.  Now, that President Trump has taken a bold step in moving the US embassy from Tel Aviv to Jerusalem in Israel, he should seriously consider pulling all funding to this anti-American, anti-Christian organization and providing them an eviction notice at their headquarters in New York.  He’s already demonstrated he will cut funding to some portions of the UN.  It’s time to fully pull out of this international body.