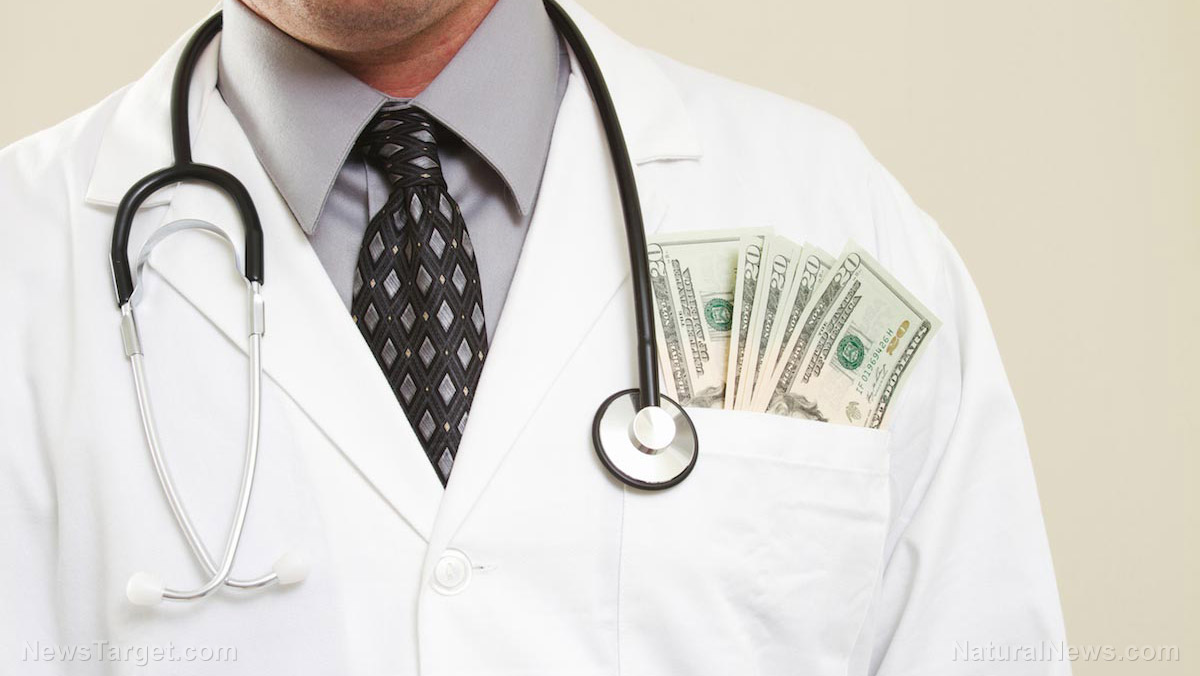 (Natural News) The pharmaceutical industry has been heavily scrutinized in the past for trying to buy and influence the favor of medical professionals like doctors. But now that flat-out bribery has gotten harder to pull off, the industry has found more insidious means of keeping their fingers in the pot: Funding medical research at the university level. Why spend all that time and effort trying to persuade an established healthcare provider, when they can just win the favor of young professionals to-be? Big Pharma’s influence on university medical research simply cannot be ignored — especially when they’re the ones funding most of it.

As The Daily Sheeple recently revealed, Big Pharma’s funding of university research has been on the rise for the last 30-some-odd years. Ever since the 1980’s, pharma has provided more funding for research than the NIH has given grants. Back in 2011, Big Pharma outspent the NIH on medical research funding by eight billion dollars.

Big Pharma secures its future by influencing the young

Funding medical school research efforts gives the pharma industry multiple opportunities to not only influence the outcome of said research, but to influence the attitudes of students as well. A study from 2011 has shown that the more interaction students have with Big Pharma, the more favorable their views of the industry are. As the researchers from Harvard wrote in their conclusion:

Undergraduate medical education provides substantial contact with pharmaceutical marketing, and the extent of such contact is associated with positive attitudes about marketing and skepticism about negative implications of these interactions.

Students overwhelmingly admitted that they believed research and materials provided by Big Pharma are likely biased. However, this belief did not prevent them from also saying that information provided by pharma reps was a “valuable part of their education.”

Ironically, many students also feel it is appropriate for them to accept gifts from industry reps — yet many also say they won’t be influenced by pharma’s presence, even though their peers might. The cognitive dissonance is strong here, folks.

Research has shown that doctors who get gifts — even just a meal — from pharma reps tend to have different prescribing practices than those who do not. Do you think the same would apply to students? The team found they do view the industry more favorably when they have more contact with pharma hacks.

In 2008, AMSA (American Medical Student Association), collaborated with The Pew Charitable Trusts to come up with a “conflict of interest scorecard.” Less than 15 percent of schools got an A or B — which means the remaining ~85 percent of schools had a detectable level of conflict, thanks to Big Pharma.

In addition to maintaining a high level of interactions with students, Big Pharma is one of the primary sources of funding for medical research — how is that not a major public health issue? Big Pharma creates drugs for their own gain, and little more. Independent science is truly integral to actually protecting the health of the people, yet this kind of discreet corruption is happening at universities around the country.

Learn more about what’s real and what’s fraudulent at FakeScience.news.