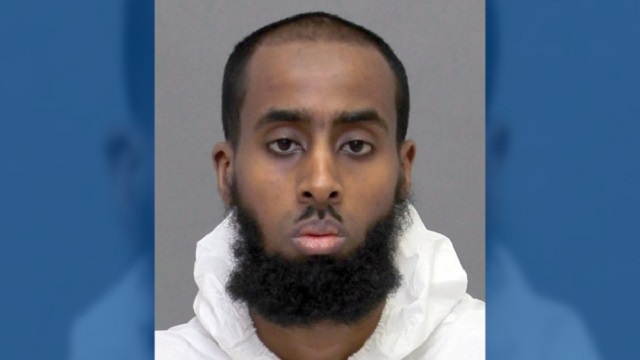 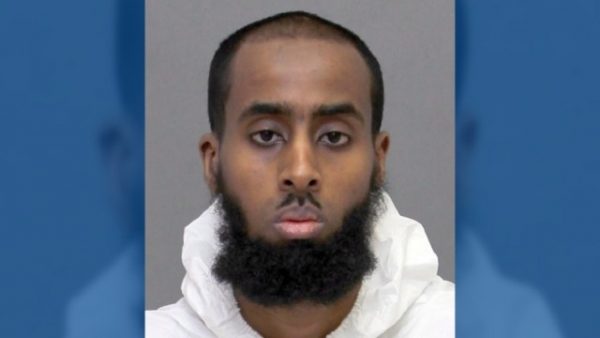 A second-generation Somali immigrant’s attack on soldiers at a military recruitment center in Toronto was not a terror attack, but instead the result of “mental illness” and he should therefor not be held responsible for his actions, a Canadian judge has ruled.

TORONTO — A man with schizophrenia who attacked soldiers at a military recruitment centre in Toronto was acquitted of terror charges and found not criminally responsible for lesser offences on Monday as a judge ruled his actions didn’t fit the intended scope of the country’s terrorism laws.

Ayanle Hassan Ali’s radical religious and ideological beliefs were largely the result of his mental illness, Judge Ian MacDonnell found as he ordered the 30-year-old to remain at a forensic psychiatry unit while plans for his care could be determined.

“While it is common ground that the defendant had become radicalized, there is no evidence of any connection between him and any other person or group in relation to the attack,” MacDonnell said.

“The intention of Parliament in enacting (the relevant terror legislation) was not to capture the kind of lone-wolf criminal behaviour engaged in by the defendant,” he added.

Ali’s attack was nonetheless a “deeply disturbing assault on one of the pillars of Canadian peace and security,” MacDonnell said, as he found him not criminally responsible for attempted murder, assault and weapons offences. Defense attorney Nader Hasan of the Canadian Muslim Lawyers Association represented Hassan Ali in court and successfully got him off the hook.

At least two military personnel were left with minor injuries after Ali entered a recruitment centre in north Toronto in March 2016 and began slashing at people with a kitchen knife.

His lawyers said their client should never have faced terror charges which, by definition, require that the accused commits an offence “for the benefit of, at the direction of or in association with” a terror group.

“This was a case where the Crown overreached,” defence attorney Nader Hasan said outside court.

“They had someone who they thought looked the part of the terrorist when, in reality, they had someone who committed a terrible, terrible act who is mentally ill and they should have proceeded in that fashion, rather than overreaching for terrorism.”

Hasan and his co-counsel Maureen Addie argued that because Ali committed his actions alone and had never been in contact with any terror groups, he should be found not guilty on the terror charges and ruled “not criminally responsible” for the lesser included offences. That designation acknowledges the accused committed an offence but, as a result of a mental disorder, could not appreciate the consequences, legality or moral wrongness of their actions.

He didn’t realize attacking soldiers at a military recruitment center was illegal or morally wrong.

The prosecution argued at trial that Canadian terror laws could apply to Ali because he acted as a “terrorist group of one.”

Hasan said he hopes Ali’s case leads to a reexamination of Canadian terror laws and how they are applied.

“The definition of terrorism and terrorist activity in … Canadian law is extremely broad and when laws are extremely broad the result is that it’s left almost entirely up to the Crown to decide when they get used,” Hasan said.

“The history of these terrorist provisions being used in Canada have been one where they happen to be used far more frequently when the individual accused is of Arab or African or Muslim descent (like Ali).”

MacDonnell said he agreed with two psychiatrists who testified at trial that Ali should be found not criminally responsible for his actions.

Defence witness Dr. Gary Chaimowitz, who has supervised Ali’s care since 2016, and Crown witness Dr. Philip Klassen, who met with Ali for hours and reviewed his files, both told the court Ali had shown signs of schizophrenia, including delusions and paranoia, for several years before the attack.

Ali believed around the time of the attack that the government was listening to him, and that he was being possessed by spirits from Muslim mythology known as Jinns, the doctors told the court.

First off, the government very well may have been listening to him if he was planning terrorism.

Second, it’s totally standard for Somalis to believe in Jinns. It’s part of their culture. They think they’re possessed by demons called “jinn” for which they try to cure themselves by reciting prayers to Allah:

According to the World Health Organization, as Al Jazeera has reported, one-third of Somalis are “mentally ill.”

Regardless, they go on to say he was angry over Canada’s military involvement in Muslim countries and wanted to martyr himself for Allah, which explicitly shows his attack had political aims.

Ali became angry over Canadian military involvement in Muslim countries and came to feel that if he martyred himself all his sins would be forgiven in the afterlife, the doctors said.

MacDonnell ordered that Ali remain at a forensic psychiatry unit in Hamilton — where he has been in custody for most of the past two years — until the Ontario Review Board, comprised of mental health and legal specialists, can determine his course of care. The board has 45 days to hold an initial hearing in the case, in accordance with Ontario law.

This ruling effectively means Somali immigrants can commit terror attacks with impunity and be taken care of by the Canadian government afterwards (on top of beforehand as upwards of 90 percent are on welfare).

If anyone should be receiving examinations for mental illness, it’s this judge.