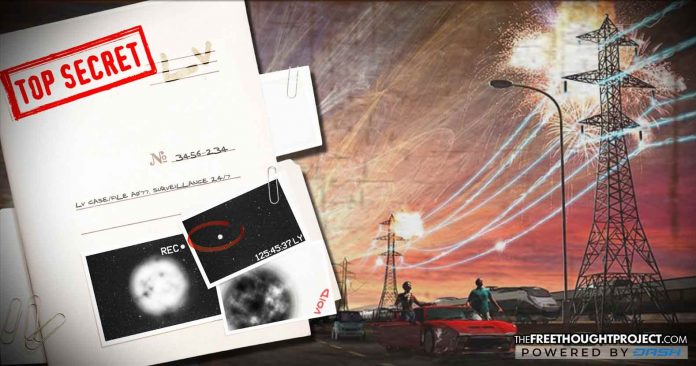 Washington, D.C. – A newly declassified report by the recently re-established Commission to Assess the Threat to the from Electromagnetic Pulse (EMP) Attack warns that the threat posed by an EMP attack could jeopardize “modern civilization,” return a lifestyle last seen in the 1800’s and leave millions of people dead across the United States.

The executive report, entitled Assessing the Threat from Electromagnetic Pulse (EMP), predicts that the smallest EMP attack on the US electrical grid could have a devastating effect on the supply chain for at least a year or more – depending upon the scale of the attack – starving much of the country of electricity, water, food, transportation and telephone/internet service.

“A long-term outage owing to EMP could disable most critical supply chains, leaving the U.S. population living in conditions similar to centuries past, prior to the advent of electric power,” said the newly declassified July 2017 report.

“In the 1800s, the U.S. population was less than 60 million, and those people had many skills and assets necessary for survival without today’s infrastructure. An extended blackout today could result in the death of a large fraction of the American people through the effects of societal collapse, disease, and starvation. While national planning and preparation for such events could help mitigate the damage, few such actions are currently underway or even being contemplated,” added the executive summary.

The new report in many ways paralleled the previous commissions’ recommendations but included the distinct possibility of an EMP from a potential atmospheric nuclear blast by Russia, China or North Korea rather than solely focusing on solar events.

The Washington Examiner reported that “three reports on the issue have been declassified by the Pentagon and seven more are awaiting clearance.”

A declassified report from Peter Vincent Pry, a former member of a previous EMP commission, advisor to the current commission, and executive director of the Task Force on National and Homeland Security notes the potential magnitude of an EMP catastrophe.

In his report, entitled “Life Without Electricity,” Pry highlights the extreme devastation expected:

The executive report notes that the scenario proposed by Pry could potentially be a long-term situation due to damage the EMP which would make repairing the electrical grid much more difficult.

“The United States — and modern civilization more generally — faces a present and continuing existential threat from naturally occurring and man-made electromagnetic pulse assault and related attacks on military and critical national infrastructures. A nationwide blackout of the electric power grid and grid-dependent critical infrastructures — communications, transportation, sanitation, food and water supply — could plausibly last a year or longer. Many of the systems designed to provide renewable, stand-alone power in case of an emergency, such as generators, uninterruptible power supplies, and renewable energy grid components, are also vulnerable to EMP attack,” said the 27-page report.

The report urges coordination between governmental agencies to harden protections, which many experts have testified could be done relatively cheaply, an EMP czar to oversee readiness, and running simulation EMP attacks against current systems to test preparedness.

“With the development of small nuclear arsenals and long-range missiles by new, radical U.S. adversaries, the threat of a nuclear EMP attack against the U.S. becomes one of the few ways that such a country could inflict devastating damage to the United States,” concluded the report. It added, “It is critical, therefore, that the U.S. national leadership address the EMP threat as a critical and existential issue, and give a high priority to assuring the leadership is engaged and the necessary steps are taken to protect the country from EMP.”

Furthermore, the report notes that despite the attention given to the issue by the Trump administration, there is federal infighting, with the DoD, which has already factored EMP protection into its current planning, failing to distribute information to private and civilian agencies attempting to make similar preparations.

The reality is that an EMP could be delivered from a small ship off the coast of the United States, thus meaning that states that are without operating ICBM programs could still deliver a devastating attack that kill millions and, at least temporarily, take the US back to being an 1800’s agrarian society.

This should serve as food for thought when we choose hostile aggression with other nations over international diplomacy. Rather than spending hundreds of billions of dollars yearly on managing an expansive military empire meant to control the flow of goods and money for multinational corporations, perhaps the money would better spend on the actual defense of the United States by preparing for the potential eventuality of an EMP incident here at home.