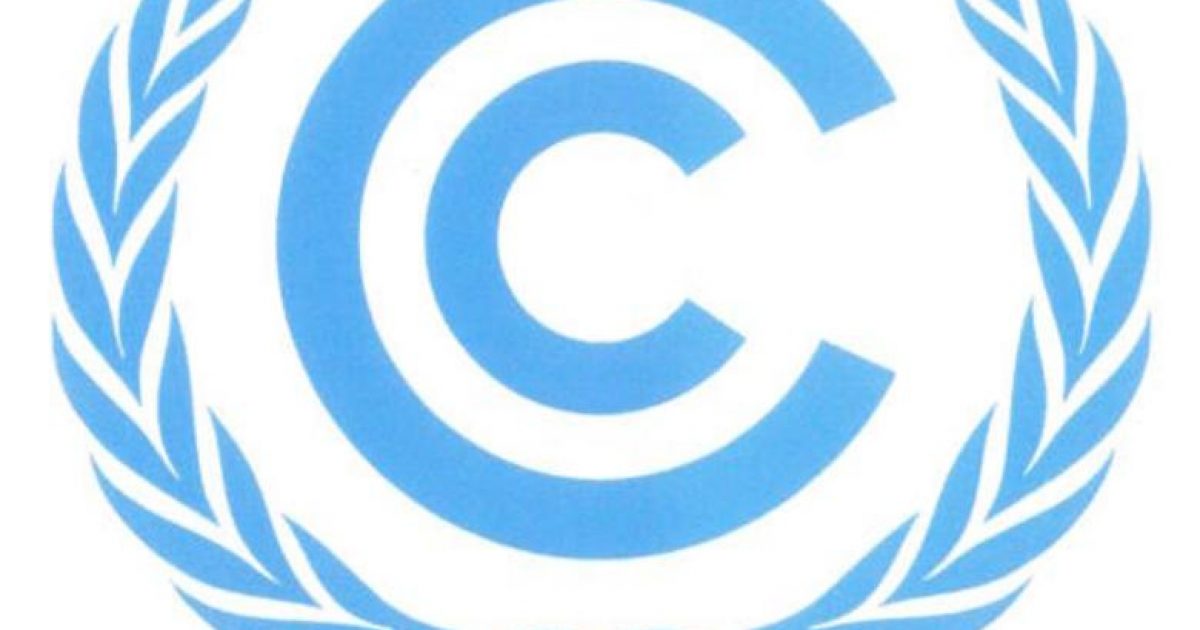 On Thursday, the United Nations voted to take the first steps to making international climate change regulations enforceable by the UN.  Don’t laugh, they actually want to do this.

According to Killheen Daily Herald:

The U.N. General Assembly voted Thursday to take a first step toward establishing a Global Pact for the Environment, a decision the United States opposed.

The 193-member world body approved the resolution on a vote of 143-5 with seven abstentions. The U.S. was joined in voting against the resolution by Russia, Turkey, Syria and the Philippines.

The resolution asks Secretary-General Antonio Guterres to produce a report for the next General Assembly session starting in September that identifies and assesses possible gaps in international environmental law and related legal instruments. It also establishes a working group to discuss possible options for addressing any gaps with a view to making recommendations to the assembly in 2019 that could include holding a conference “to adopt an international instrument.”

Of course, we should say no to such nonsense, but you can tell by the ridiculous regulations of the Environmental Protection Agency, regulation I might add that were not authorized by Congress, that America has been following certain climate change policies.

This is not unusual seeing that all across the US, the UN’s Agenda 21 has been advancing in practice even though we never entered into a treaty that agreed to it.

French Ambassador Francois Delattre was one of those who promoted the lie of climate change (at least how the Communists present it) and how it is responsible for hundreds of thousands of deaths while remaining silent on the issue of child murder, ie. abortion, that has resulted in the deaths of hundreds of millions of babies throughout the world.

“The unprecedented deterioration of our environment is already causing hundreds of thousands of deaths due to planetary warming, water and air pollution, and the deterioration of biodiversity and soils,” Delattre said.  “These attacks on the environment are affecting the most vulnerable populations first. If we don’t act decisively, we are exposing ourselves to dire consequences: the exhaustion of natural resources, migrations, and an upsurge in conflicts.”

He went on to add, “Given the urgency of this issue, the international community must assume new responsibilities and take another step forward. The adoption of the 2030 Agenda and the early entry in force of the Paris Agreement showed that it is possible to act concretely and ambitiously on environmental issues. By developing a new mechanism designed to strengthen our environmental commitment, we show that we are up to current and future challenges.”

Yet, French President Emmanuel Macron is a big supporter of the initiative.

“Macron envisions the new pact as the first legally binding international accord to gather all environmental rights into a single document,” according to Radio Free Europe.

The catalyst for this attempt to create a new climate agreement with UN enforcement power is French President Emmanuel Macron. Macron has been at odds with the White House since President Trump announced his intention to withdraw the United States from the Paris Accord last June. On April 25, Macron addressed a joint session of Congress.

“What is the meaning of our life, really, if we work and live, destroying the planet, while sacrificing the future of our children,” Macron told Congress. “By polluting the oceans, not mitigating CO2 emissions and destroying our biodiversity, we are killing our planet.”

Macron, who took office in May of 2017, is the youngest president in France’s history. His party, La Republique En Marche! is described as trans-partisan and looks to transcend the traditional left/right paradigm through a populist approach to governing.

Thus far, however, Macron is governing as just another globalist. He seems to be intent on getting the United States to heel on climate change. In his speech to Congress, he issued a not-so-subtle dig at President Trump’s campaign slogan. “We have to work together with business leaders and local communities…let us work together in order to make our planet great again.”

Macron went on to chide the president and opponents of the ineffective Paris Accord, hinting that we might have lost our way for a time, but will eventually realize the error of our ways. “And I am sure one day the United States will come back and join the Paris Agreement. And I am sure we can work together to fulfill with you the ambitions of the global compact on environment.”

At the least the US has held its ground after President Donald Trump’s announcement last June that we would withdraw from the 2015 Paris agreement calling it a plan to “redistribute wealth out of the US,” so the US vote against the initiative was not surprising.

U.S. Ambassador Nikki Haley said of the new General Assembly resolution: “When international bodies attempt to force America into vague environmental commitments, it’s a sure sign that American citizens and businesses will get stuck paying a large bill without getting large benefits.”

“The proposed global compact is not in our interests, and we oppose it,” she added.

Well, neither is the UN, Ms. Haley, but we continue to support that tyrannical beast.  Why are we not fully supporting legislation to get us out of that?

In the end, all this push against “global warming” and “climate change” is nothing more than a cash cow for Communists, Socialists and other totalitarian-minded control freaks.  Every single one of them are chauffeured around in vehicles that do not hold to the very standards that they want to impose on everyone else and many of the countries that support this kind of action don’t practice what they preach either.

Just take a look at this map concerning pollution across the world.  This is from 2016 and the World Health Organization.

Notice that the industrialized nations that rejected the UN nonsense have the lowest pollution levels.  My suggestion is that if these other countries that want to sign on to this insist on doing so, why have they not already implemented measures in their own countries to deal with it?  It’s because they have no intention on having a clean environment.  They have every intention of enslaving the population and lining their own pockets.  That’s why.

The UN is constantly seeking to undermine the sovereignty of the United States and attack our God-given rights, such as our right to keep and bear arms, seeking to gain some sort of authority in our country and others that they have never been given.  It’s time to get out of the beast and let it die a quick death.