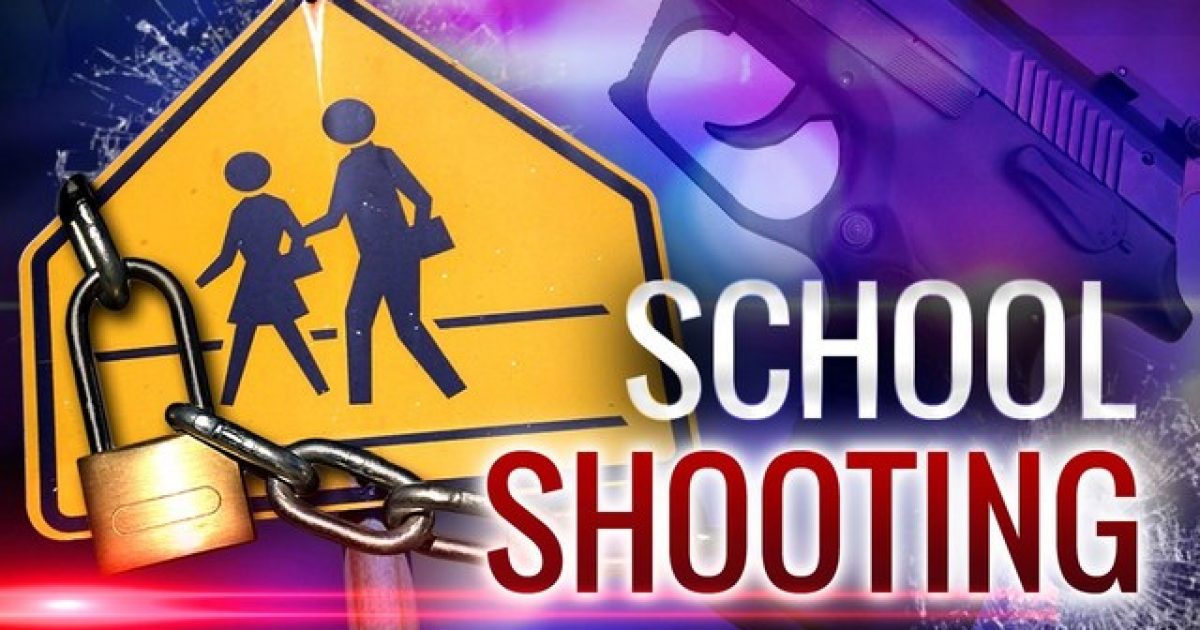 On Wednesday, an armed male was shot by a school resource officer at a high school in Illinois.

As students and staff gathered at Dixon High School in northern Illinois, a 19-year-old former student opened fire on officer Mark Dallas.  The officer then returned fire and wounded the young man before taking him into custody.

Illinois Governor Bruce Rauner echoed Simonton’s comments in a statement in which he praised “school resource officer Mark Dallas for his bravery and quick action to immediately diffuse a dangerous situation.”

The shooting happened shortly after 8 a.m. Police Chief Steven Howell, Jr., told reporters that the officer called to report that he’d spotted an armed male at the school. He said the officer confronted the former student near the school’s west gym and as ran after him, the suspect fired several shots at the officer.

Howell said the officer returned fire, shot the suspect and took him into custody. Neither the officer nor anyone else at the school was injured. Police said they believe the gunman acted alone and that there was no further threat to anyone in the area. Howell declined to discuss why the former student brought a gun to the school.

When police searched the school they found that the faculty and students had barricaded themselves inside by blocking the classroom doorways with desks, chairs and other furniture — just as they had been trained to do.

“A lot of things went right today and many things could have gone wrong,” Dixon Mayor Liandro Arellano Jr., told reporters at a news conference outside the school.

Schools were closed in the city of Dixon until it was determined that the shooter was acting alone and then they were reopened.

The shooter is reported to be Matt Milby.

Representative Adam Kinzinger, after being informed by Sheriff Simonton, issued a statement on the shooting:

“As we continue to gather more information about the shooting incident at Dixon High School this morning, I extend my deepest gratitude to the Dixon Police Department, and especially the School Resource Officer (SRO) on-site, for their swift action today and for keeping our students, teachers, and our community safe.”

However, it wasn’t just those in authority who were singing Dallas’ praises.  One student was interviewed by the Chicago Tribune about the incident.

Devin Scott, 18, a senior, said he and 150 others students were in gym at 8. They heard what sounded like firecrackers. Gym teacher Andrew McKay came running into gym and shouted that everyone should get out, Scott said.

“We all got up and everyone started running toward the doors,” Scott said. “Some people didn’t take it seriously. They thought it was firecrackers. Some people did. They started crying as they were running.”

The students ran out of the building and went to a National Guard armory a short distance from the gymnastium. They didnt know if the shooting was real or not until other students started pouring into the armory.

Scott said that the experience didn’t begin to sink in until his adrenaline began to wear off.

“I almost started crying,” he said. “It was scary. My life could have ended.”

He and his brother, Skylar, 16, a junior, credited Officer Dallas and their teacher, Mr. McKay, for preventing what could have been a horrible tragedy.

Indeed, it appears that Officer Scott is a hero, but you aren’t going to hear that much about his heroism in the mainstream media because he actually stopped the bad guy with a gun.