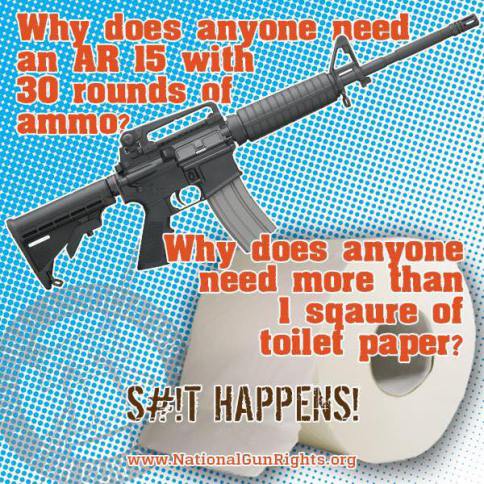 Hey #GunControlNow crowd, please tell me why you believe one doesn’t need large capacity magazines to defend themselves against SIX intruders?

The incident occurred just before 1:30 a.m. on the 1900 block of Carroll Avenue, according to a San Francisco Police Department report.

The victims, two men in their 50s and one woman in her 60s, were reportedly sleeping when the suspects broke down the front door. Police said the suspects robbed the victims at gunpoint and made off with a purse, cash, cell phones, laptops and a tablet.

In addition to a handgun, police said the suspects were also armed with a prybar.

The suspects are described as six males between the ages of 25 and 30. At least one of the victims was injured, but none of the injuries were life threatening, police said.