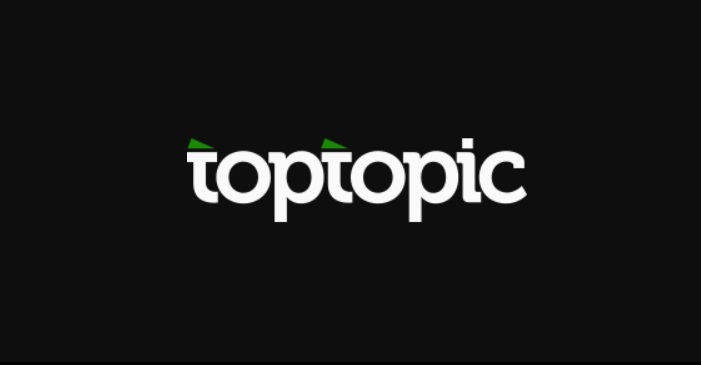 (ANTIMEDIA) — As the world grapples with Facebook’s numerous data breaches, along with the revelation that Google holds a lot more of our personal data than Facebook does, one Seattle-based entrepreneur recently launched a new social media platform called TopTopic, which allows users to actually generate income from their content while also respecting users’ privacy.

The current social media paradigm sees sites like Facebook profiting solely from the time users spend on their respective sites without offering a reward for said users. TopTopic’s launch comes at a time when many people are openly considering moving away from these sites while continuing to enjoy all of the benefits platforms like Facebook once promised to offer.

Entrepreneur and executive board member of the National Iranian American Council (NIAC), Saïd Amin, who is also founder of World Singles Networks (which owns a portfolio of dating sites, including the largest Iranian, Armenian, Arab, Greek, Albanian, Turkish and Jamaican matchmaking sites), is the mastermind behind this project Anti-Media interviewed him to understand why he thinks TopTopic will prove to be a viable social media alternative in light of the recent revelations about Facebook’s concerning data breaches.

AM: Can you explain what TopTopic is and how it differs from other social media sites?

SA: Good posts and interesting comments are valuable. The TopTopic platform provides a new way to financially benefit from what you do online. Anybody can earn. TopTopic members can financially reward others for their activity online, and unlike Twitter, Reddit, Facebook, and other social media sites that solely profit from your content and personal information by running ads, we shift the traditional monetary dynamics from companies to those investing their time to share and engage with content. We are advertisement-free and create an opportunity for writers, artists, commenters, curators, and others to create and share content that can be financially rewarded.

AM: Why did you feel it necessary to bring this project to fruition? What is it about the current social media climate that makes alternative sites seem necessary?

SA: The rich getting richer is no coincidence — rather, it’s by design. While they would never admit it, most venture capital-backed companies in the social media space are liquidity Ponzi schemes, and their singular goal is to make money off the backs of your content and personal data. There’s a strong likelihood that any social media company that has raised venture capital money will at some point or another compromise what’s best for their users, including selling-out their privacy for the sake of making more money (for their investors). The minute you take money from someone else, their business model becomes your business model. To date, TopTopic has not raised even a dollar of outside funding. I have bootstrapped the company, and while I remain open to raising funds via a future crowdfunding campaign (in exchange for equity), I can unequivocally say that we will never accept institutional funds from venture capital firms.

With TopTopic we’re seeking to swing the monetary pendulum in favor of those creating the real value on social media sites; you know, curators, artists, writers, commenters and so forth – the people who actively post every day.

AM: Who can best make use of this platform? Who is your target audience?

SA:    Anyone who posts content can earn, including writers, artists, poets, commenters, curators, and non-profits. So basically, all the things you are already doing on 9GAG, Reddit, Tumblr, Facebook, Pinterest, Twitter, etc. you can do on TopTopic – the difference is that you can earn some money from your posts.

There are three ways to earn. While it’s free to upvote any post once, members can choose to “Boost” content up the page with the “Coins” they have either earned or purchased. By Boosting a post, you are bringing more attention to that piece of content and simultaneously putting money in the pocket of the member who posted it. Each Coin received or spent is worth $0.02. Other ways to earn include the “Reward” button from your profile and the “Pay It Forward” feature, which automatically transfers a member’s future earnings to your account.

Any content you submit to TopTopic is controlled by you, and should you choose to do so, you can remove it at any time. Our business model values member privacy, and therefore, we run no ads and do not own your content or profile information. Instead, we take a small percentage of payouts made to our members. The exception, of course, is nonprofits that are part of our SocialEarn Program, for whom this fee is waived entirely.

AM: What are your visions for TopTopic? Where is this project headed?

SA: We’re a bit of a social experiment with limited funds, so where we’re headed largely depends on growing the community with word of mouth and member feedback. We’re all ears on where TopTopic members would like to see us take this. At the end of the day, we’re really excited to build an equitable, healthy, and sustainable community that, at its core, values the contributions and effort of those posting on the site.

AM: You mentioned the exceptions made for nonprofits. Can you explain how non-profits fit into your vision in more detail?

SA: Fundraising is a continuous challenge for non-profits, especially now, with the Trump administration in charge. The Republican tax plan will have broad effects on the economy and Americans at different income levels. This will undoubtedly impact nonprofits, as well. For many non-profits, the direct hit could come from a reduction in tax-deductible donations since the bill removes the beneficial charitable-giving tax incentives given to middle and upper-class Americans who previously chose to itemize deductions. This will likely lead to fewer donations going into non-profits nationwide, and that is just the tip of the iceberg.

The indirect impact could be that as state service provisions are reduced and nonprofits are forced to provide more care, including caring for the elderly, homeless, and so on, they will ask for more funds from their direct communities. As demand for donations from such service providers grows, donors may shift their contributions from foundations, social advocacy groups, and trade organizations to charities that provide social services. Nonprofits are an uncharted territory, and it would be wise to consider developing alternative means of generating revenue.

TopTopic provides nonprofits with such an opportunity.