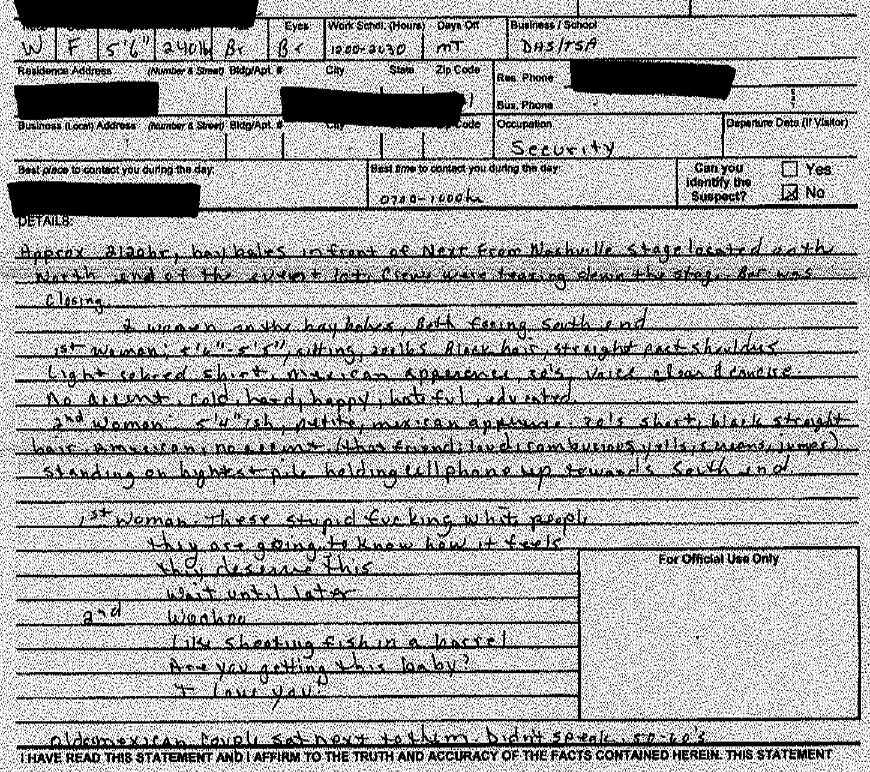 LAS VEGAS (INTELLIHUB) — A female security guard who was working the Route 91 venue on the night of the 1 October massacre told police that she had overheard several women making hate-filled threats around 9:20 p.m., a police report obtained by Intellihub confirms.

According to the security guard’s statement, one of the two women was approximately 5′-6″ tall, weighed about 200 lbs, and had long straight black hair past her shoulders. She was wearing a light colored shirt, and was in her 30’s, and was possibly Mexican (could have been Asian) but had no accent. Her voice was clear and concise, and she came off as cold, hard, and hateful, the security guard reported.

The woman was overheard saying: “These stupid fu**ing white people are going to know how it feels, they deserve this. Wait until later.”

Additionally, the security guard documented how a second woman, who also appeared to be Hispanic (about 5′-4″, petite, short black straight hair, no accent, in her 30’s) made additional threats and may have had foreknowledge of the attack.

“Woohoo! Like shooting fish in a barrel,” the second woman said.

The security guard also documented how another Hispanic couple in there 50’s or 60’s were standing nearby but said nothing.