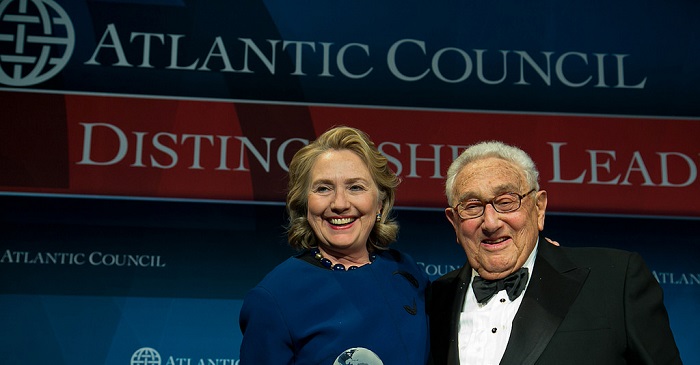 The Atlantic Council “will now assist Facebook in suppressing what they decide is disinformation.”

(CD) In a new project Facebook insists is a completely objective and nonpartisan effort to root out what it deems “disinformation,” the social media giant announced on Thursday that it is partnering with the Atlantic Council — a prominent Washington-based think-tank funded by Saudi Arabia, major oil companies, defense contractors, and Charles Koch — to prevent its platform from “being abused during elections.”

“This is alarming,” independent journalist Rania Khalek concluded in a tweet on Thursday. “The Atlantic Council — which is funded by gulf monarchies, western governments, NATO, oil and weapons companies, etc. — will now assist Facebook in suppressing what they decide is disinformation.”

According to its statement announcing the initiative, Facebook will “use the Atlantic Council’s Digital Research Unit Monitoring Missions during elections and other highly sensitive moments.”

“This effort is part of an broader initiative to help provide credible and independent research about the role of social media in elections, as well as democracy more generally. We look forward to working together to protect free and fair elections across the world.”

While Facebook’s statement fawned over the Atlantic Council’s “stellar reputation,” critics argued that the organization’s reliance on donations from foreign oil monarchies and American plutocrats puts the lie to the project’s stated mission of shielding the democratic process from manipulation and abuse.

“Monopoly social media corporations teaming up with [the] pro-U.S. NatSec blob to determine truth was always the logical end of ‘fake news’ panic,” Adam Johnson, a contributor at Fairness and Accuracy in Reporting (FAIR), argued on Twitter in response to Facebook’s announcement.

red flag for this whole "fake news" panic is why is FB only charged with stopping "foreign" influence and not domestic corp/campaign influence or psychological ops of US. The same US govt that reserves the right to run anonymous online propaganda campaigns https://t.co/WU4jEXSeVL

if FB was partnering with governments directly people would be skeptical. But if they partner with an organization funded entirely by US-aligned NATO/GCC countries this is somehow dispassionate and not influencing. pic.twitter.com/uUbk7aXLop

According to a New York Times report from 2014, the Atlantic Council has received donations from at least 25 foreign nations since 2008, including the United Kingdom, Qatar, the United Arab Emirates, and Saudi Arabia.

And while the think-tank insists that it is “non-partisan” despite its overwhelmingly right-wing, corporate, anti-democratic funding sources, Splinter‘s Paul Blest noted on Thursday that “last week the Atlantic Council gave [former] President George W. Bush a ‘Distinguished International Leadership’ award at an event where Bush was reportedly received with a ‘standing ovation.’”

Facebook’s new partnership with the Atlantic Council comes amid growing concerns that the social media platform’s attempt to establish itself as an arbiter of what news sources are “trustworthy” poses a serious threat to non-corporate left-wing outlets that don’t hew to party lines or align themselves with dominant media narratives.

“On the contrary, they may have stifled dissent,” Tveten concluded.