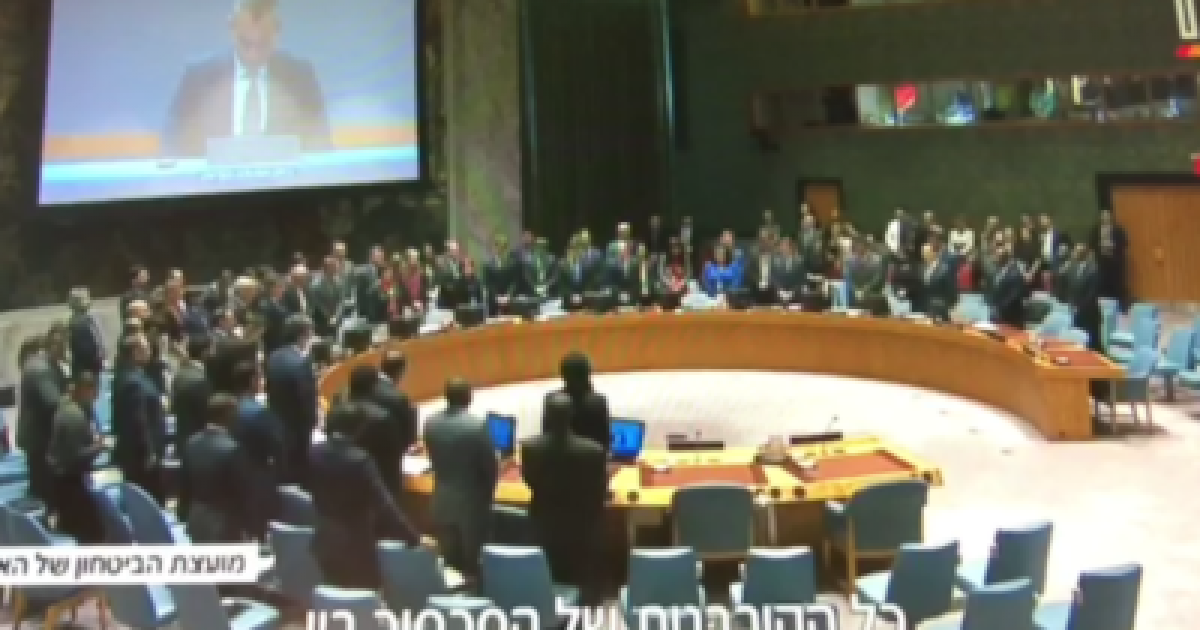 “Israeli diplomats noted that the UN never did this when Israelis were murdered.”

Of course, it didn’t.

The UN has for years been essentially nothing more than the official mouthpiece for the Organization of Islamic Cooperation (OIC).

Once again it is doing what it always does when Israel defends itself: condemning Israel and pretending that the violent jihadis attacking it are innocent civilians.

Some might say that the UN held this moment of silence before Hamas announced that the “innocent civilians” who were killed were actually Hamas members, but it isn’t going to issue an apology today now that the news is out.

Jihad armies descending on the Israeli border in order to annihilate the Jewish state elicit no criticism from the UN.

As the “Palestinians” step up this new round of their jihad against Israel, watch for the UN to continue to rain down condemnations upon Israel.

Fifty of the 62 Gazans killed on Monday during violence at the border with Israel were members of the ruling Hamas terror group, spokesperson Dr. Salah Al-Bardawil said Wednesday in a live television interview with “Bladna al Alamiya.”

The Palestinian Islamic Jihad terror group claimed at least another three of the dead were members of its ranks as well.

At least 2,200 Gazans were injured in the melee that took place as some 50,000 stormed the security fence in an attempt to breach the border and murder Israelis in nearby towns.

The violence that began around midday included terror operatives hurling flaming tires at the security fence, using bolt cutters to destroy the barrier while others used slingshots to hurl rocks at IDF soldiers who were defending the border….

For the first time in the history of the Israeli Palestinian conflict the UN stood in a moment of silence to honor the 60 Palestinians killed in yesterday’s riots. Israeli diplomats noted that the UN never did this when Israelis were murdered.