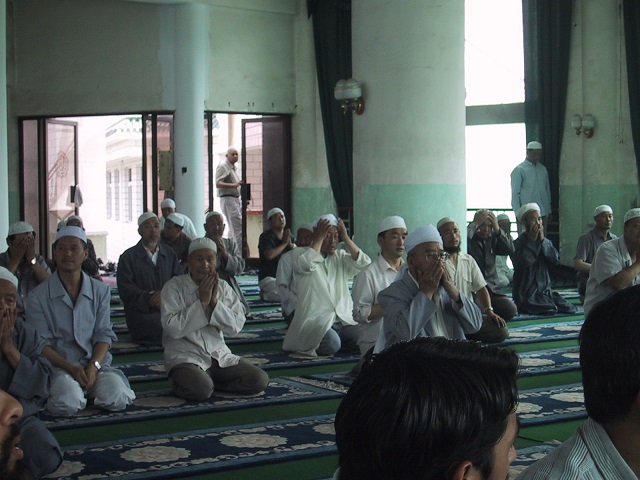 What’s funny about this is China will lecture America on “human rights” while fighting like hell to preserve their own culture domestically.

Former inmates have told of the horror after being detained in China’s indoctrination camps for Muslims, where they were physically and mentally tortured.

Around 900,000 to one million Muslims are estimated to have been detained in such re-education camps in China’s western province of Xinjiang as Beijing tries to clamp down on potential separatist movements.

Omir Bekali and Kayrat Samarkand, both former detainees, have told the Washington Post that these former prisoners have been forced to eat pork and drink alcohol, forbidden in Islam, as punishment.

Hour upon hour, day upon day, Bekali and other detainees in these new indoctrination camps had to disavow their Islamic beliefs, criticise themselves and their loved ones and give thanks to the ruling Communist Party.

When Bekali, a Kazakh Muslim, refused to follow orders each day, he was forced to stand at a wall for five hours at a time. A week later, he was sent to solitary confinement, where he was deprived of food for 24 hours. After 20 days in the heavily guarded camp, he wanted to kill himself.

‘The psychological pressure is enormous, when you have to criticise yourself, denounce your thinking – your own ethnic group,’ said Bekali in a separate interview with AP as he broke down in tears while describing the camp.

That last part sounds an awful lot like the curriculum at most American universities!