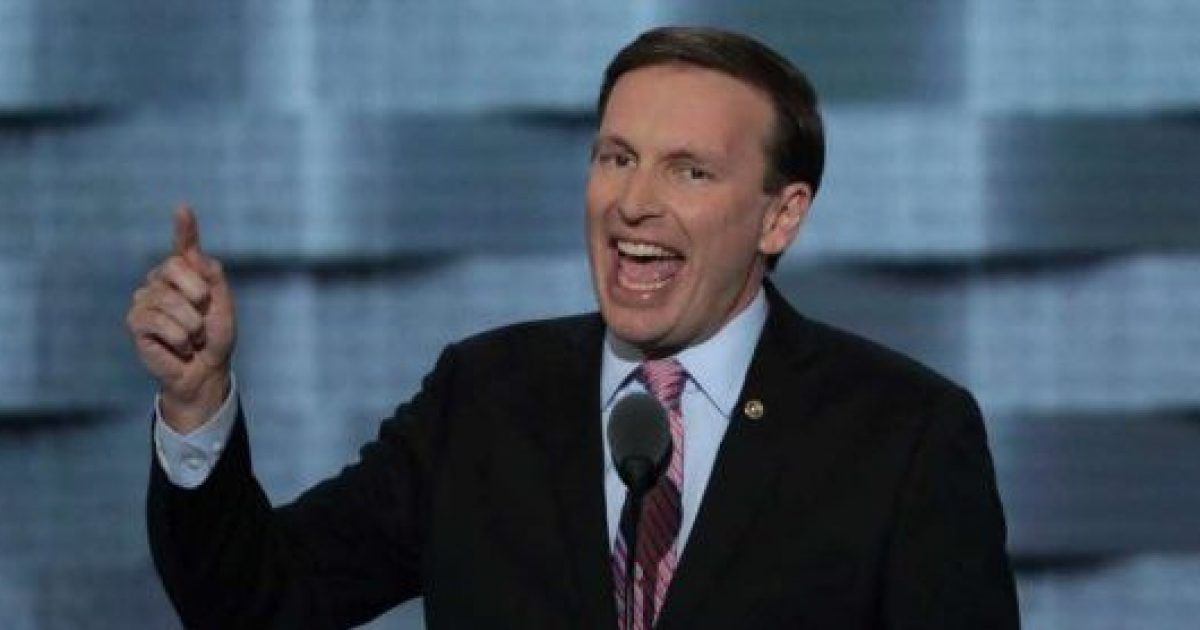 Communist US Senator Chris Murphy (D-CT) is well known as an anti-Constitutionalist and anti-Second Amendment senator.  He has whined about not attacking the Second Amendment more vociferously than he has while attempting to provide emotional arguments about government not protecting his kids, something that is his job and his job alone to do.  Now, he gun confiscating senator from Connecticut is claiming that he supports the “real Second Amendment,” not an “imaginary” one.

“I support the real 2nd Amendment, not the imaginary 2nd Amendment,” Murphy tweeted. “And the real #2A isn’t absolute. It allows Congress to wake up to reality and ban these assault rifles that are designed for one purpose only – to kill as many people as fast as possible.”

And the real #2A isn’t absolute. It allows Congress to wake up to reality and ban these assault rifles that are designed for one purpose only – to kill as many people as fast as possible.

Um, no Senator Murphy, it allows you to do nothing, zero, zip, nada.  That’s what it means by “the rights of the people to keep and bear arms shall not be infringed.”

Murphy’s tweet was sent just one day after a school shooting in Texas that claimed the lives of 10 people and injured 10 others.

Mr. Murphy obviously needs a lesson in reality and history.  He needs to understand why the founders codified the Second Amendment into the Constitution in the first place.  He needs to understand that it has nothing to do with hunting, sports shooting or anything like that.  Rather, it was put there because the framers had lived under a government that had become tyrannical to the point that they were going to confiscate their weapons.

That, is the real Second Amendment.  It was written to protect our rights to keep and bear arms and to be able to defend ourselves against tyrants like Senator Murphy who would like to follow in the footsteps of King George and Parliament and confiscate guns in America.

That’s right, I said it and I’ll say it again.  Senator Chris Murphy and those like him, including Senator Dianne Feinstein and any other politicians who tell you we need “common sense” gun laws are deceiving you.  There is no such thing as “common sense” gun laws.  They’re all unlawful and they are all stupid.

We already have laws against murder, armed robbery, kidnapping, rape and a host of crimes in which a gun can be used.  Try enforcing those laws justly before talking about infringing on the rights of law-abiding citizens and violating the oath of office that representatives of the people, such as Mr. Murphy, take when they are sworn in.

However, I’ll remind you that Senator Murphy distorts history and the Second Amendment to claim that it has nothing to do with protecting against tyranny.

In 2013, the senator was interviewed and here’s what he had to say:

“I mean, let’s look at the context of nullification. Nullification was last used by southern states to try to eviscerate Civil Rights legislation, to try to prevent states from basically enforcing desegregation — and I think history will look back on this round of nullification as kindly as it did on the last round.”

“It is laughable also because it is a total bastardization of the Second Amendment. The second amendment is not an absolute right, not a God-given right. It has always had conditions upon it like the First Amendment has.”

“The idea that the Second Amendment was put in there in order to allow citizens to fight their government is insane. If that was the case, we wouldn’t have also included treason in the United States constitution. We basically said, ‘If you take arms up against the government, we’re going to knock your block off,’ and that’s what the early Presidents ended up doing in the rebellion and the whiskey rebellion. The Second Amendment is not designed to allow the citizenry to arm itself against the government, and nullification is another example of states not understanding the true nature of that amendment.”

Talk about ignorant.  There is a vast difference in using weapons to defend against tyrants who are violating the law and taking up arms in a violent, lawless rebellion.  Would Senator Murphy think our founders should have had their collective “blocks knocked off”?  Someone, please ask him that because his answer will be most telling.

Additionally, both the First and Second Amendment are acknowledging the rights mentioned in them are God-given, as per the Declaration of Independence.  Thus, that is why they are referred to as “rights,” not privileges.

They are absolute, as well.  Rights are the liberty and authority to do what is right, not what is wrong.  Therefore, you can’t infringe on someone’s ability to speak truth, but when someone engages in lying, slander or libel, they can be held accountable.  The same thing happens when someone uses a gun unlawfully, or any other “arm” that would be protected under the Second Amendment, ie. cannon, tank, knife, battleship, etc.

Senator Murphy is a spineless little man, but sadly, the people of Connecticut continue to re-elect such a man to office.  He is an ignorant, deceitful and conniving man who attacks the Second Amendment and the Constitution, thus attacking citizens of the united States.