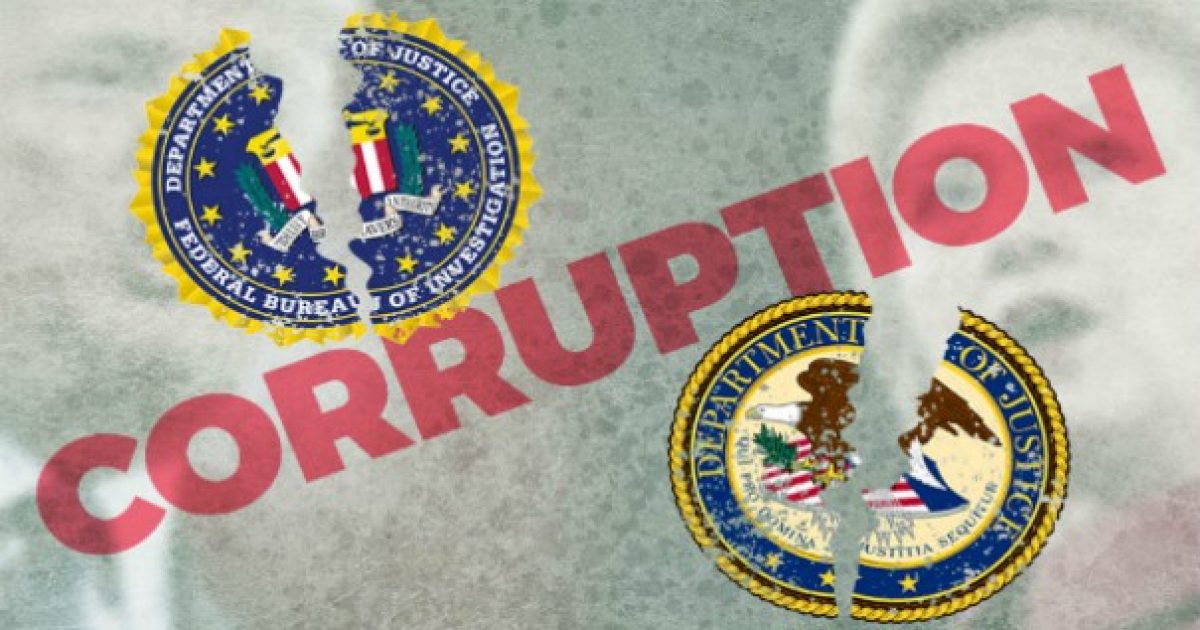 Retiring Congressman Darrell Issa (R-CA) recently chimed in on the ongoing exposure of corruption inside the Department of Justice and the Federal Bureau of Investigation.  According to Issa, when asked if Congress was getting honest answers from the FBI and DOJ, he plainly responded, “No, I don’t. I believe they’re lying through their teeth.”

Issa recently appeared on Fox News with Maria Bartiromo to discuss what’s been going on at the DOJ and the FBI.

Congressmen Trey Gowdy (R-SC) and Devin Nunes (R-CA) are seeking to uncover information regarding a top intelligence source with regard to what has been called a “witch hunt” in the ongoing Mueller investigation.

Issa, who is the former chairman of the Government Oversight and Reform Committee, as well as a member of the House Judiciary and Foreign Affairs Committees, immediately commented on the stonewalling that Gowdy has received during Congress’ querying of documents.

“I’ve been in their shoes of having to sit at the table in meetings with Justice [Department officials], and then having to turn that “good conversation” into actual production of documents,” said Issa.

“I once sat in the capitol with Eric Holder as he told me there were only 200 documents, and he would give us those documents in an unprecedented way if we put an end to the investigation of Fast & Furious,” he added.  “Tens of thousands of additional documents, some of them showing his actual interference with the discovery process, and we’re still not done with it.”

“It is very, very much a tradition at the Department of Justice to come in an tell Congress what they want to hear, lie to them if necessary, hope they don’t get caught on their watch,” Issa continued.

Bartiromo then asked him point blank whether or not he believed he was getting honest answers from the FBI and the DOJ.

“No, I don’t. I believe they’re lying through their teeth,” Issa said forthrightly.  “If you want to tell the truth, do the same thing you do in front of a federal judge.  Allow a full in camera review.”

“I’m not there at the negotiating table, this is now Trey Gowdy’s watch, but when I was there we would most often say, ‘If you say it is too voluminous and it will take too long, great, we’ll sit by your side and search and look and narrow down things we don’t need,’” Issa continued.  “But to do that, we need to see everything unredacted… Give our investigators, who have clearances, the opportunity to sift through. This is exactly what they didn’t do in Fast & Furious or Benghazi, or the IRs. And it took IGs, subpoenas, FOIA, and judges. And we still don’t have the whole truth in each of those cases, particularly, Benghazi and Fast & Furious.”

Yes, and we not only don’t have the documents, but Eric Holder has continued to operate in the united States unhindered though he was held in contempt of Congress years ago for withholding those documents.

Issa believes that if Congress does not get the information it needs and Republicans lose seats to Democrats in November that the investigation will be quietly swept under the rug.

Bartimoro then said, “And now with the investigation around the FBI’s handling of the 2016 election, we’re circling around this so-called ‘FBI Source’ Kim Strassel at the Wall Street Journal wrote about this last week, and she asks, ‘Did the Bureau engage in outright spying against the 2016 Trump campaign?‘ in her op-ed.”

Issa explained that this is very common in Washington.

“Each side has a tendency to not hold material the way the should when they need material to prove their point. and the administration, particularly under President Obama did that regularly,” he said.  “They gave half stories, sometimes even giving it to Elijah Cummings and the Democrats before we even saw it on our subpoena.”

“The important thing is: It is very clear that we are being asked to trust the Department of Justice who we know did, in fact, use a law that allows them to spy but lied to get the warrants, lied to a federal judge under the FISA act. So this is one of the challenges. Make no bones about it. A FISA warrant is, in fact, a license to spy. Now the question is did you lie, cheat or steal in order to do that?

And very clearly with the information presented behind closed doors to the federal judge, the fact is they did mislead the judge to get a warrant multiple abilities to spy, and now we’re asked to believe that you can trust the very people, not the management for a moment, but the very people who know this and are covering it up.

Most of those people haven’t retired. Some of them knew about it when they broke the law or misled a federal judge, and they don’t want us to know it, and it is not about Republican/Democrat. it is about the fact that we have another election coming up. Why in the world would we think it is not happening again?”

Bartimoro then pointed out that Rod Rosenstein signed off the fourth time when they wanted that next FISA warrant and that Nunes has said Rosenstein was “conflicted,” and asked Issa if he should be anywhere near the investigation.

“Exactly, this is where the Attorney General in an abundance of caution recused himself, and now the very man he gave responsibility to won’t dot he same thing, when it is obvious that he has a conflict,” Issa said.  “To be honest, the deputy needs to recuse himself. We need to have a level of transparency. Probably not one person but multiple people who in fact oversee this to make sure that the American people get what they deserve. Let’s remember, the FBI has tremendous power, and the Department of Justice hand in hand with them.”

“Whether it was the left or the right, when they were going after Martin Luther King and bugging him, and trying to get dirt on him, or even all the way back with Goldwater,” added Issa.  “The FBI doesn’t have clean hands. The Department of Justice and their partners don’t have clean hands. And so we, as the oversight, if you will, of that branch, cannot and should not trust them. We should demand the transparency that we’re entitled to, and we need to be in front of a federal judge so that we have two against one, because it is clear we are not getting where we need to go fast enough.”

“These chairmen are doing their jobs, Goodlatte, Nunes, and Gowdy, but the reality is they are being slow-walked until after the election in the hopes that the Democrats will take over the House or the Senate and then the investigations will be covered up,” Issa concluded.  “No question in my mind that this would be something that would just go away if we lose the gavel.”

The fact of the matter is that the Constitution gives only the authority in the Executive Branch to the president to enforce the law.  As the Chief Law Enforcement Officer, the president can, even though it may seem politically incorrect, head over to the DOJ and demand the documents needed, and if they are unwilling to provide them to him to give to Congress, he can fire the Attorney General and continue firing till he gets the information into Congress’ hands.

This doesn’t have to be long and drawn out.  It really doesn’t.

While I agree with Issa that the investigation will probably get buried should Democrats win in November and that things like this have been going on a long time with the DOJ keeping information that Congress requests, it’s time for a new approach to the matter, and that is to simply have the president deal with those under his authority to get to the bottom of this.  In a business, that is exactly how it would work.  The Executive Branch was designed to work in a similar fashion.

It’s time we get to the bottom of more than just this Russian collusion corruption in the DOJ and FBI. We need the documents to deal with the criminal actions in the Obama administration, as well.