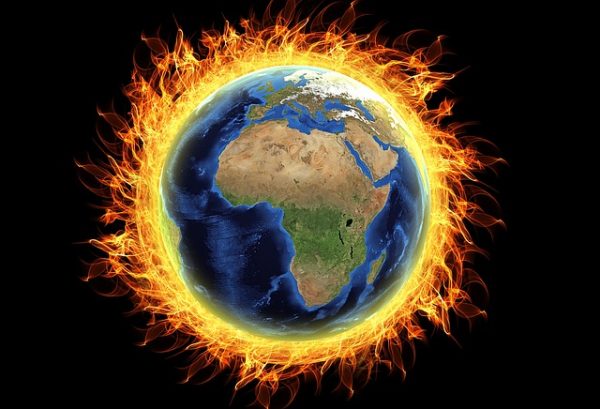 (Natural News) Science is a discipline that once commanded a large degree of respect. Many people thought of scientists as highly educated, intelligent people whose declarations could be trusted by those who aren’t well-versed in the field. However, some very vocal, cult-minded scientists have been giving the more legitimate experts in their field a bad name, turning modern science into somewhat of a joke.

The former chief scientist of Australia’s Commonwealth Scientific and Industrial Research Organization’s Atmospheric Research Division, Professor Garth Paltridge, expressed his concerns about this in a recent essay. He said that the way certain climate scientists behave is “seriously threatening the public’s perception of the professionalism of scientists in general.”

He believes that many climate scientists aren’t quite as certain about manmade global warming as they are willing to publicly admit, but they have nevertheless decided to denigrate those who disagree with them. He points out how they act like only those who are part of the climate-change cult are qualified to give advice about the topic, and they do their best to exclude skeptics from public discourse or even refuse to speak in forums where those with opposing views might be given air time.

He likens their attitude to that of a “medieval religion,” wherein priests felt that people who didn’t have their training shouldn’t have direct access to God’s word because they might get it wrong.

Is climate science even a real science?

Paltridge goes on to say that he isn’t even sure climate science should be considered a science at all given its heavy political influences; science, after all, must be led by evidence and experimentation. He says this form of “post-modern science” is very dangerous in the sense that its results are only valid within the context of the beliefs of society, and it’s all too easy for people to deny scientific truths.

“Post-modern science envisages a sort of political nirvana in which scientific theory and results can be consciously and legitimately manipulated to suit either the dictates of political correctness or the policies of the government of the day,” he said, adding that some climate scientists have gone well beyond what is considered appropriate scientific behavior.

He’s quick to point out that he’s not saying scientists are inherently bad, but it’s ultimately a job and like all of us, scientists have bills to say. Right now, nearly all of the research money is being granted to scientists espousing alarmist beliefs rather than the skeptics.

This, he said, explains why some of the biggest voices warning about climate changeduring their professional lives had a change of opinion upon retirement. Indeed, many scientists have been altering temperature data and “adjusting” tidal gauge data to make it support the notion of manmade climate change to keep those who sign their paychecks happy.

This is just one of the reasons that more than 31,000 scientists signed a petition that includes peer-reviewed research dispelling the myth that the projected amounts of carbon dioxide will heat the Earth’s atmosphere catastrophically. It also said the global warming agenda is blocking the advancement of science across the planet.

Recent research showed that the U.N.’s Intergovernmental Panel on Climate Change’s simulations were wildly inaccurate, overestimating the future potential impact of climate change by as much as 45 percent.

As climate change alarmists continue to alter the facts to suit their narrative, they’re ruining the reputation of their entire field and destroying people’s confidence in science in general. Read Climate.news for more updates on real climate science.