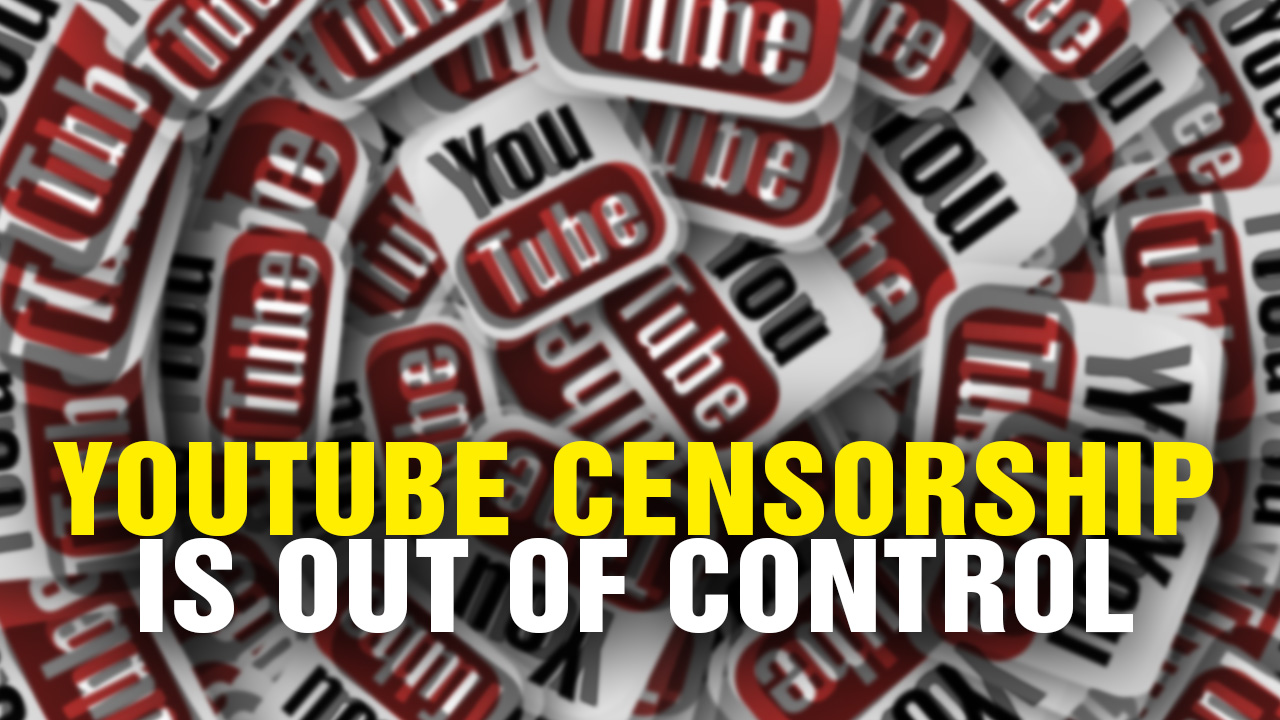 (Natural News) Naturopathy often gets ignored by doctors and the mainstream media, but people can learn about natural medicine thanks to independent news sites like Natural News. One place you won’t be able to hear about people’s successes with alternative treatments, however, is the increasingly corrupt YouTube, which has now taken to banning video channels that dare to mention that natural medicine might actually help someone.

Their reasoning? According to warnings that were sent to Natural News after posting a video about CBD oil’s healing potential, “YouTube doesn’t allow content that encourages or promotes violent or dangerous acts that have an inherent risk of serious physical harm or death.”

Yes, that’s right: The same website known for videos of people consuming laundry detergent pods, which no one can deny poses a risk of physical harm or death, won’t allow people to talk about natural treatments. As hard as this may be to believe initially, it actually makes plenty of sense when you realize that YouTube and owner Google make a lot of money from Big Pharma ads and the pharmaceutical cancer industry.

Of course they don’t want people to learn that there are safe and natural ways they could potentially treat cancer or any other ailment; instead, they want to continue to push the narrative that the only way to save yourself is by buying and taking their prescription medications. Once you take one, you’ll need five more to deal with the side effects caused by the first one, so there’s a nice little profit machine that they’re  desperate to protect. These medicines are where the real risks of serious physical harm or death lie, and there’s scientific proof of that; in many cases it’s even on the package insert.

So just what was so offensive about the 43-second video that earned Natural News a ban? A woman talks about how she went from being told she had just six weeks to live because of stomach cancer to complete remission thanks to cannabis oil, and she shared her belief that it should be legalized for medicinal purposes. It’s about saving lives, not destroying them, but YouTube doesn’t care if their excuses don’t make sense; they just want to take down videos they don’t agree with.

In fact, they were so eager to ensure messages like this don’t get out that they took the liberty of permanently banning the entire Natural News channel with just a single strike. Their standard policy is to give channels three strikes before being taken down, but it seems they find Natural News’ message too big of a threat to their Big Pharma profits.

People are getting fed up with YouTube’s ridiculous censorship, and many are looking to ditch it altogether. Thankfully, a new platform called REAL.video will be launching soon, where content about natural medicine, nutrition, CBD oil, and other topics will be welcomed with open arms.

Alternatives like this couldn’t come soon enough. As long as YouTube and Google continue to control what the public can read and watch – and get away with it – people will continue to miss out on viable treatments that could potentially heal them.