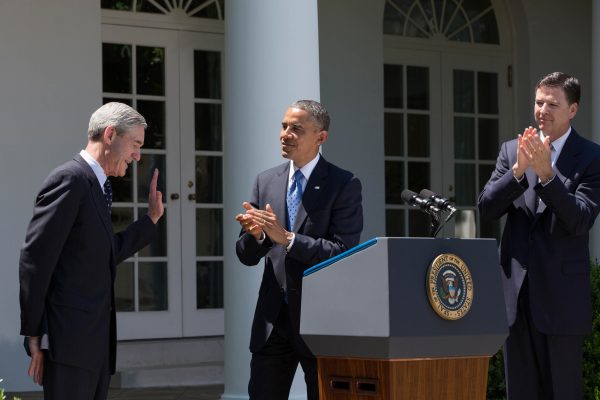 (Natural News) In recent days various reports in the independent media have suggested that the Obama administration so politicized the FBI and the Justice Department that ranking officials in the Deep State concocted a plan to undermine President Donald J. Trump’s presidential campaign and, after he unexpectedly won, his presidency.

Like a Hollywood script, there are plenty of plot twists and turns: Espionage, operational code names, spies, secret contacts, and, as always, the willing participation of a wholly corrupt Pravda media.

If you were to see this play out on a movie screen, it’s very likely you’d be entertained. But most Americans would have left the theater thinking, “This is a cool story but no way could it really happen.”

Except that it did. Every bit of it — right down to the operational code name.

As reported by The New York Times, which was leaked this story as damage control prior to the expected release of a DoJ inspector general report that will probably report the same thing — and name names — the Obama administration launched a so-called “counterintelligence” operation against Team Trump beginning sometime in the early summer of 2016, under false guise that our future president and/or his campaign was criminally plotting with a foreign government, Russia, to subvert our democracy.

The paper detailed what amounts to a massive spying operation against a rival political campaign that involved secret surveillance, Deep State contacts and assets, false narratives, and outright fabrication of information — all to justify a despicable act of political opportunism that frankly ought to outrage every single American.

Part of the operation involved James Comey’s FBI in obtaining the approval of a FISA court judge, via secret “national security letters” that serve as under-the-radar subpoenas, to place certain members of Trump’s campaign under direct surveillance, no doubt with the hope of entrapping other members of the campaign and even the candidate himself in something illegal or nefarious.

The FBI obtained phone records and other documents using national security letters — a secret type of subpoena — officials said. And at least one government informant met several times with Mr. [Carter] Page and Mr. [George] Papadopoulos, current and former officials said. That has become a politically contentious point, with Mr. Trump’s allies questioning whether the FBI was spying on the Trump campaign or trying to entrap campaign officials.

Regarding the national security letters, these are seldom-used because they are highly controversial in that they carry the force of law, and yet they’re a legal tool completely outside the purview of the judicial system. And yet, they’re easy to get: All the FBI has to do is claim — without producing evidence — that one is needed because it’s “relevant to a national security investigation,” the Times reported. (Related: Incredible: Obama administration put a SPY in the Trump campaign — and there’s still no proof of “Russian collusion”.)

The lack of transparency in this process is no doubt why Obama, the least transparent president ever, signed off on it.

This scandal is massive because — and let this sink in — it involves officially-sanctioned spying against a rival presidential campaign.

“James Comey was the dirty cop in charge of a bunch of dirty cops. And what you have here is, this was a criminal plot by senior people: John Brennan, James Comey, James Clapper, senior Department of Justice officials to suborn the presidency of the United States through the use of false evidence,” former federal prosecutor Joe diGenova told Fox News’ Sean Hannity Wednesday.

“That story in The New York Times today is a magnificent piece of evidence that there was, in fact, a plot… There was an effort to undermine the candidacy of the opposition party. This is the most unbelievable scandal in the history of this country and The New York Times just blew the lid off of it.”

Yes, it is. But it really happened.

Now, what is AG Jeff Sessions going to do about it?