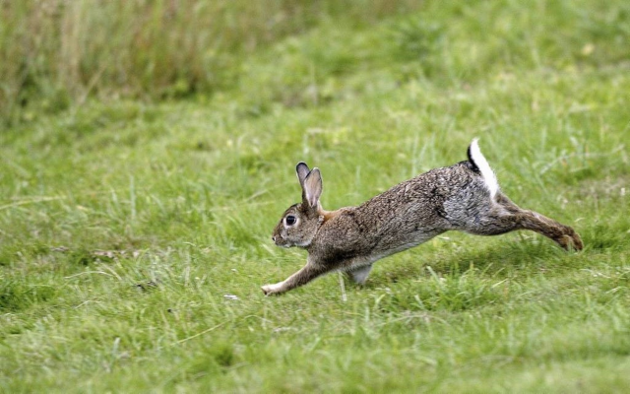 (Natural News) A branch of the U.S. Department of Agriculture (USDA) has come under fire for the ruthless killing of wild animals. Known as the Wildlife Services, the department is responsible for millions of wildlife deaths every year — a fact that is rather ironic, given that the USDA is charged with animal welfare. The death toll for 2017 reached a peak of approximately 2.3 million animals. Of those, 1.3 million were native species. How many animals have to die to make room for Big Ag?

While the USDA website describes its Wildlife Services program as a means to “help people resolve wildlife damage to a wide variety of resources and to reduce threats to human health and safety,” the fact of the matter is that their “services” are largely intended to benefit the agricultural industry. There is little regard for animal welfare in this sense, as the flat-out massacring of adult animals and their young is beyond reprehensible. As Global Research notes, Wildlife Services does not account for the number of baby animals that it destroys — only adults. Nearly 42,000 dens were destroyed — and with them, an unreported number of young animals.

Thousands of prairie dogs and their dens (and an untold number of pups) were also destroyed, alongside thousands of “unintentionally” destroyed species. Some 3,000 animals were “accidentally’ killed in just one year.

All told, the USDA is effectively destroying over 6,000 animals per day — though there are suspicions that number could be far higher. And that’s not including the recent kitten scandal involving the USDA, either.

As sources note, many of these deaths occur due to the indiscriminate (and outdated) tactics Wildlife Services officials are using to “manage” wildlife populations. These “tactics” include leg traps, poisons, strangulation snares and other “techniques.”

Coyotes: Why killing them doesn’t work

While there are thousands of species being massacred at the behest of the USDA, coyotes are one of their prime targets. Nearly 70,000 coyotes were slaughtered in 2017, but numerous studies have shown that killing coyotes is not the best way to manage their populations. Coyotes are intelligent, highly adaptable animals. Even when their numbers are culled by up to 70 percent, they manage to repopulate at a rapid pace.

As the Humane Society explains, when coyote populations dwindle, they start reproducing at a younger age and have more pups per litter. In other words, killing them is causing their population to grow faster. This effect is well-documented and has been studied by one of the world’s most respected wildlife ecologists, Dr. Robert L. Crabtree.

The Humane Society states, “It is nearly impossible to completely eradicate coyotes from an area. Despite bounties and large-scale efforts to kill coyotes over the last 100 years, coyotes have in fact expanded their range throughout the U.S. and Canada tremendously. One study even found that killing 75 percent of a coyote population every year for 50 years would still not exterminate the population.”

This, combined with the fact that Wildlife Services is decimating the populations of coyotes’ natural predators (wolves, bears and mountain lions are all on the government’s hit list), it really shouldn’t be that surprising. As Predator Defense notes, reintroducing wolves into an area has been shown to reduce coyote populations by up to 50 percent. Why then, did the U.S. government kill 357 wolves last year?

Moreover, Predator Defense states Dr. Crabtree’s research has shown that when coyotes are producing larger litters, they are more likely to go after larger, unnatural prey — like livestock. Lethal efforts to control their population actually drives coyotes to push for their own survival; who’d have thought?

The needless slaughter of wild animals needs to end. Not only are these practices outdated, most research shows these efforts are useless. The  U.S. government is putting the demands of special interest groups ahead of actual science, as usual. When will we learn? Read more about ridiculous policies at BigGovernment.news.