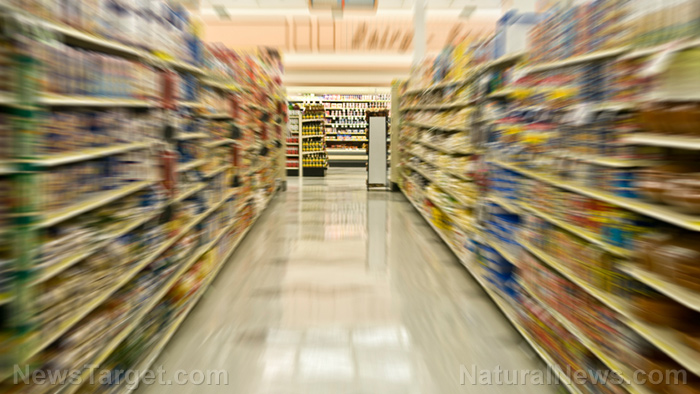 (Natural News) The next time you go to the grocery store, you might want to think twice about what you’re putting in your shopping cart. According to John Swartzberg or Berkeley’s School of Public Health, many types of foods contain bizarre and even shocking ingredients that most people don’t even know about. Below is a list of food items that you may want to reconsider on your next trip to the supermarket, as discussed in a recent article published on CBS Los Angeles:

Unless you happen to be lactose intolerant, most people enjoy shredded cheese because of the many things that you can do with it in the kitchen. However, you should know that shredded cheese contains powdered cellulose, which is a plant product made from a number of different plants, including wood. “The more cellulose you put in,” Swartzberg explained, “and it’s very cheap to make, the more money you make.”

Swartzberg also noted that many frozen food products like frozen burritos and pizza contain a product called L-Cysteine, which is an amino acid. “This particular amino acid is made from hair or duck feathers,” Swartzberg says. It may be disgusting, but it’s the truth – if you’ve ever eaten frozen burritos or frozen pizza, there’s a chance that you actually consumed feathers.

In some red juices and yogurts, there is an ingredient called carmine, which is a natural red food dye produced by boiling certain types of insects. That’s right – it’s time to add “bugs” to the list of things you told yourself you would never eat, but likely have without even knowing it.

Sadly, yogurt isn’t the only food product that contains insects. If you look at the label on a pack of jelly beans, you’ll find an ingredient called “Confectioner’s Glaze,” which is shellac made from insects in Asia.

Have you ever taken a close look at a cup of granulated sugar and wondered what makes it so sparkly white? According to John Swartzberg, some brands of granulated sugar actually contain charred animal bones or bone char. Appetizing, isn’t it? (Related: Read about the harmful effects of sugar and how to choose healthy alternatives.)

After a long work week, many people in America and across the world like to unwind with a nice glass of wine or a beer. But perhaps they wouldn’t be so eager to have a drink or two if they knew the truth: that some white wines and some beer makers use a filtration process known as insinglass, which Swartzberg says is “made from bladders of bony fish.”

While Swartzberg did admit that all of the ingredients mentioned above are legal and classified by the FDA as “generally recognized as safe,” for most people, hearing the truth about what they’re actually putting into their mouths is quite shocking. Many more food items contain questionable ingredients as well, as noted in a similar article published last year by HoneyColony.com.

Oreo cookies, for instance, contain a significant amount of herbicide residue, which has been linked to cancer and birth defects in children. Quaker Oatmeal products contain glyphosate residue, which is actually the same ingredient that is used to kill weeds. Certain chocolates, including Kit Kat Bars, Cadbury, and Hershey products, contain an ingredient called PGPR (Polyglycerol Polyricinoleate), which may be considered safe in small amounts, but can cause liver enlargement with larger intakes. (Related: Learn about the dangerous ingredients in common personal care products.)

It would be nonsensical to be afraid of every single food item that you put in your mouth, but at the very least, you should know what ingredients you are consuming on a regular basis. Even if most of them aren’t harmful, paying attention to what specifically you are putting into your body is a good habit to get into. See Ingredients.news for more news coverage of food ingredients.