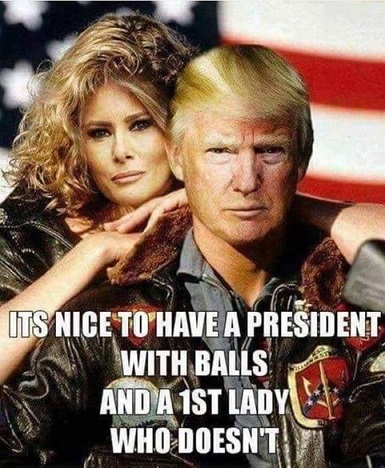 Steven Nelson reports for Washington Examiner that at an event on May 23, 2018 in New York, President Trump denounced the criminal gang MS-13 and announced that the U.S. will begin to deduct foreign aid from countries whose residents illegally enter the United States:

“They’ll let you think they’re trying to stop this. They are not trying to stop it. I think they encourage people… They don’t want the people that we’re getting. Despite all of the reports I hear, I don’t believe they’re helping us one bit. and it may be that’s the way life is. We know where these people are coming from. We’re looking at our whole aid structure and it’s going to be changed very radically. It’s already started.”

MS-13 was founded in Los Angeles in the 1980s among refugees from El Salvador, where a U.S.-backed government fought communist rebels, with human rights violations on both sides. Many MS-13 members in the U.S. had illegally entered the U.S.

Trump did not specify which countries would be targeted.

The Mass Shooting You Didn’t Hear About: Mom Kills Active Shooter With AR-15 During Graduation Celebration
May 28th, 2022 Sons of Liberty Media