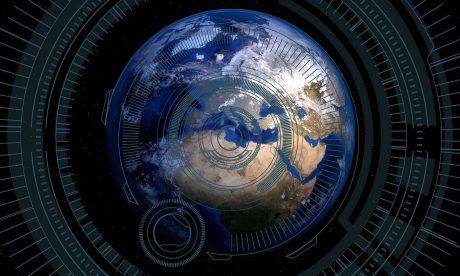 There have not been so many trouble signs for the global economy in a very long time.  Analysts are sounding the alarm about junk bond defaults, the smart money is getting out of stocks at an astounding rate, mortgage rates are absolutely skyrocketing, and Europe is already facing a full blown financial meltdown.  Of course expectations that another global economic crisis will happen among the general population are probably at an all-time low right now, but the reality of the matter is that we are probably closer to a new one erupting than at any point since the last one in 2008.  Since the last financial crisis our long-term debt problems have just continued to grow, and there are many that believe that the next crisis will actually be far worse than what we experienced ten years ago.

So how bad are things at this moment?

#1 The “smart money” is getting out of stocks at a rate that we haven’t seen since just before the financial crisis of 2008.

#2 Moody’s is warning that a “particularly large wave” of junk bond defaults is coming.  And as I have written about so many times before, junk bonds are often an early warning indicator for a major financial crisis.

#3 According to the FDIC, a closely watched category known as “assets of problem banks” more than tripled during the first quarter of 2018.  What that means is that some really big banks are now officially in “problem” territory.

#4 U.S. Treasury bonds are having the worst start to a year since the Great Depression.

#5 Mortgage interest rates just hit a 7 year high, and they have been rising at the fastest pace in nearly 50 years.  This is going to be absolutely crippling for the real estate and housing industries.

#6 Retail industry debt defaults have hit a record high in 2018.

#7 We are on pace for the worst year for retail store closings ever.

#8 The two largest economies on the entire globe are on the verge of starting an international trade war.

#9 The 9th largest economy in the world, Italy, is in the midst of yet another financial meltdown.  In fact, this one appears to be the worst yet, and there are fears that it could spread to other areas of the eurozone.

#11 Italian two year bond yields are the highest that they have been since the crisis of 2014.

#12 German banking giant Deutsche Bank just announced that it will be cutting another 7,000 jobs as it “seeks to turn the page on years of losses”.  Those of you that have followed my work for a long time know that I have written extensively about Deutsche Bank, and it really is amazing that it has survived for this long.  If Deutsche Bank fails in 2018, it will essentially be a “Lehman Brothers moment” for the entire planet.

The mainstream media in the United States almost entirely ignores Europe, but I believe that what is going on over there is the key right now.

Italy is a financial basket case, and Europe isn’t going to be able to handle a complete and total Italian financial collapse.  If you will remember, Europe could barely handle what happened in Greece, and the Italian economy is many times the size of Greece.

And once things start unraveling over in Europe, we will be deeply affected in the United States as well.  The global financial system is more interconnected than ever before, and at this point we are even more vulnerable than we were just prior to the crisis of 2008.

When this thing breaks loose, it won’t matter who is in the White House, who is in Congress or who is running the Federal Reserve.

When this bubble bursts there is nothing that anyone will be able to do to stop it.

Global central banks have been able to buy a few extra years of time by engaging in unprecedented levels of intervention, but now they are almost out of ammunition and events are beginning to escalate at a very frightening pace.

We shall see if they can pull another rabbit out of a hat in 2018, but I wouldn’t count on it…