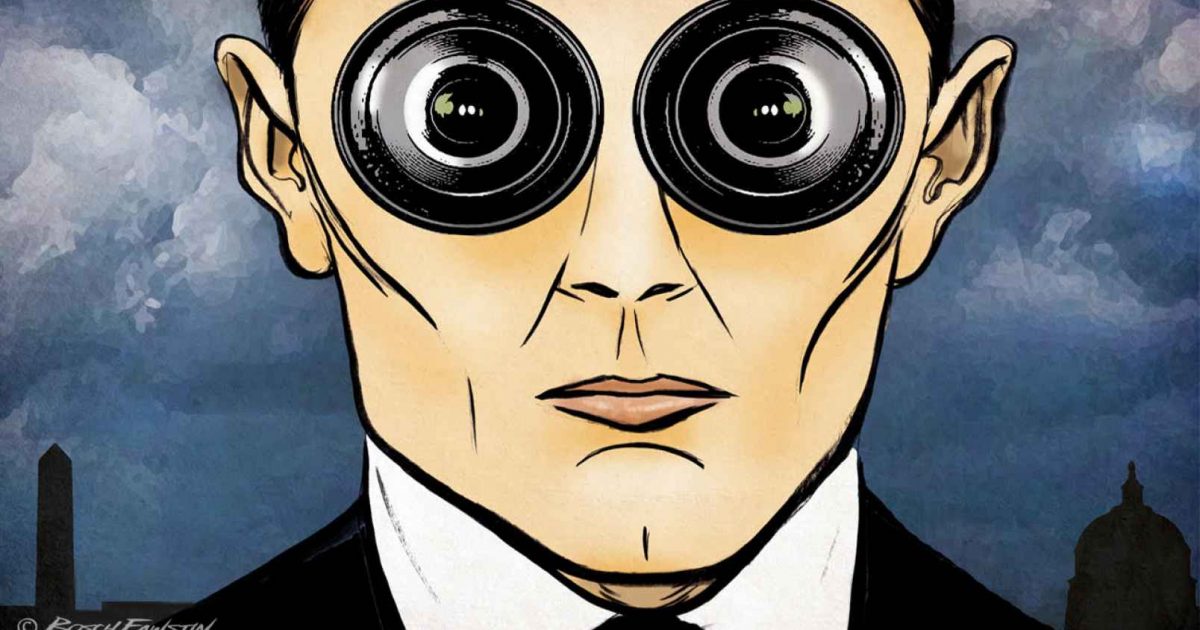 Spygate began with the Clinton campaign. It ended with informants and eavesdropping on the Trump campaign. Clinton opposition research morphed into an endless investigation of her opponent.

The Clinton campaign and its opposition research were the starting point of Spygate. And Mueller’s hound dog face scowling from a thousand CNN screens (roughly its viewership when you subtract airports, bars and Marin County) were the endpoint. But the media was Spygate’s interface.

Hillary’s Fusion GPS mercs used the media to spread their smear. Mother Jones’ David Corn was the first man on the ground. But there were plenty of others. And that’s only to be expected. Opposition research is useless if the media won’t pick it up. And the best opposition research looks like a story generated by a dedicated reporter, not some sleazebag employed by the other guy’s campaign.

In real life, those Pulitzer scandal scoops come from story-launderers who handfeed stories to reporters, sometimes even writing their hit pieces for them. What the media likes to pretend is journalism is really just a bunch of PR and shadier outfits like Fusion GPS waging a shadow war using corporate media.

But the media didn’t actually run the Clinton-Steele dossier. Until BuzzFeed slipped up, no one did. Instead, the dossier was meant to serve as a primer for media hit pieces that would then be used to justify actions by the Obama administration. For example, the FISA warrant application cited a Yahoo News story by Michael Isikoff that had been based on the Clinton campaign’s opposition research.

Fusion GPS had introduced Isikoff to Steele while telling the reporter that the FBI was interested. In the next phase of Hillary’s human centipede, Isikoff wrote a story which was used by the FBI to support its claims. Clinton opposition research was the source for both the FBI investigation and the media hit pieces. But by concealing that fact, the media manufactured an echo chamber in which both its outlets and the “intel community” appeared to be deploying mutually reinforcing narratives about Trump.

Joe Biden claimed that he and Obama were briefed about the dossier by intelligence officials because they were afraid that the information would leak. But Obama’s Director of National Intelligence would leak it to CNN after Trump was briefed about it. And former FBI boss Comey claimed that he had to brief Trump because CNN had the dossier. CNN and government conspirators were reinforcing each other.

Former FBI deputy director Andrew McCabe informed Comey that CNN would use the existence of the briefing as the basis for its story. “The trigger for them is they know the material was discussed in the brief and presented in an attachment,” he wrote.

(Likewise, the FBI’s Peter Strzok appeared to have his own oddly close relationship with the media.)

How did McCabe know what CNN’s trigger for running the story would be? And why would he need to have that information and distribute it within the Bureau? The obvious explanation is coordination.

But that’s how echo chambers work.

Echo chambers blow up stories by spreading a single narrative into a broad stream of integrated loops that appear diverse when they’re actually the same. (That’s none too coincidentally how the left operates. Its diversity is just a series of front groups controlled by a small number of ideological bosses.)  What ordinary people see are a lot of experts, organizations and agencies all saying the same thing.

So there must be something to it.

But this time the media wasn’t just manufacturing a messaging consensus through its echo chamber. Instead, it was directly involved in a conspiracy that eavesdropped on the political opposition and that is attempting to overturn the results of the 2016 election using not only dirty tricks, but the government.

Media smears are nothing new. Media coups are a whole other thing.

James Clapper, Obama’s Director of National Intelligence, allegedly coordinated with CNN. And then took a job at CNN. Clapper isn’t alone. Obama’s CIA boss, John Brennan, is over at NBC News. Josh Campbell, Comey’s assistant, is at CNN. The three arms of the Deep State offer interchangeable employment. Much as Fusion GPS was paying the wife of a top DOJ official to investigate Trump.

CIA or CNN? Who can tell the difference?

Spygate depended on close coordination between Clinton’s people, the media and Obama’s intel folks. But it was the media that lubricated the alliance of the Democrat Deep State behind the coup.

If CNN, the New York Times and the Washington Post were really full of brilliant investigators, Hillary Clinton wouldn’t be out six figures and they wouldn’t have needed Fusion GPS to do their job for them.

The intel and investigatory side had vast powers that were used to do what none of the other players could. But the only way to mask the police state abuses involved in spying on the political opposition was to have some padding between Clinton campaign operatives and Clinton allies in the DOJ.

But the term “source” is a misnomer. It implies that the media and Obama intel officials were gathering information when they were actually coordinating a plan of attack against Trump.

There were no sources here because nothing was being found out or discovered, only planted.

And so on and so forth.

But collapse the organizational boundaries and there’s no discovery, just the Deep State.

The media acts as the interface between conspirators, the organizational mortar offering lucrative jobs for campaign and intel officials, and the lubricant for the organizational imperatives of its allies who can always justify further action because the media has made it a story by reporting on it.

The media Deep State enjoys the highest level of legal protection and the lowest level of accountability. That exposed it to the least risk in a conspiracy against America. It was not the most powerful player in Spygate. But it had the most range and the fewest limitations. FBI officials and Clinton campaign officials might face legal sanction, but the media figures that made the conspiracy possible never will.

And that’s why the media must be held accountable.