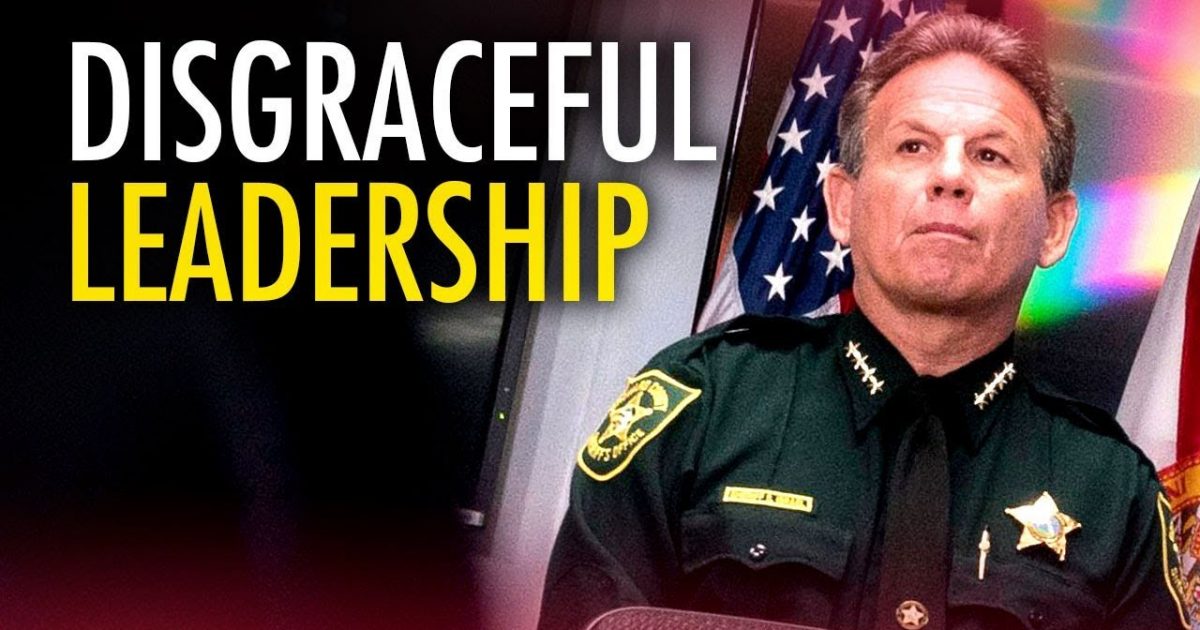 While the media keeps weaponizing Parkland against the 2nd Amendment, the real scandal involving their own party just got a lot worse.

Several parents of victims of the Marjory Stoneman Douglas High School massacre said that if former Broward Sheriff’s Office Deputy Scot Peterson, who stood outside the school for several minutes while bullets rang out, had done his job, their children might not have lost their lives.

“I think Peterson is the lowest form of life available,” said Fred Guttenberg, whose daughter Jaime was gunned down on the third floor. “My daughter would be alive if not for him.”

Broward County Sheriff Scott Israel publicly criticized Peterson for his inaction during the shooting that left 17 dead and others wounded, but he didn’t fire the 54-year-old deputy, instead allowing him to resign.

Why would Sheriff Israel want to cover for Peterson? The obvious answer is that protecting Peterson is self-defense. His deputy’s actions reflect poorly on him. But there may be a bigger reason.

But now, a report that recently surfaced has some victims’ families calling for a renewed investigation of Peterson for a case he handled four years to the day prior to the massacre. The case involved two 17-year-old students bullying a 14-year-old freshman, with one holding down the younger boy by his ankles while the other kicked the victim, grabbed his genitals and then took the victim’s own baseball bat and began shoving it against his buttocks, simulating rape, through the boy’s clothes.

One of those assailants, the boy who allegedly held down the victim, was Israel’s son, Brett

Brett apparently got off with a three-day suspension. For sexual assault.

Peterson claims in the report that it was a “simple battery” under the board’s discipline matrix, and he decided to give both of the boy’s attackers a three-day suspension.

Of course, this was the pattern in the school system. Mass shootings and attempted rape are just the prices we have to pay for fighting that dreaded, “school-to-prison” pipeline.

For  Andrew Pollack, whose daughter Meadow was also killed on the third floor at Marjory Stoneman Douglas High School, the case appears to be another incident of undue leniency for students accused of crimes, much of it stemming from the controversial PROMISE program designed to keep minors out of jail. The school shooter, Nikolas Cruz, never faced any charges despite numerous incidents inside and outside of school, including one that led to a referral to the PROMISE program, with which Superintendent Robert Runcie claimed Cruz had never been associated.

“[Peterson] was lazy and this could have given him protection to keep his job at the school during those four years,” Pollack said.

There is a huge scandal at Parkland. And the national media’s refusal to cover it just adds to the cover-up that led to Parkland. What may have begun with a sexual assault ended with mass murder.