We live at a time when advances in genetic modification have made it possible for scientists to create the most bizarre hybrid creatures imaginable.  Even if governments wanted to stop this from happening, the technology is now so widespread that rogue researchers can easily create new lifeforms and release them into the environment anywhere on the planet.  Unfortunately, most governments around the world don’t seem too concerned about putting the brakes on this phenomenon.  In fact, many governments are actually funding these sorts of strange experiments in the name of “scientific research”.  And when the mainstream media does report on these developments, the outcry is very minimal.

For example, today we just learned that scientists at a lab in the United States have been creating human/chicken hybrid embryos…

In the new study, the researchers bypassed the rule by growing embryo-like structures derived from human embryonic cells.

The cells were then grafted onto 12-hour-old chicken embryos which are roughly the equivalent of a 14 day human.

Astonishingly, the researchers noted as the chicken embryo grew, organiser cells dictated the formation of a second chicken nervous system.

So where is the outrage?

Where are the protests demanding that these immoral experiments be shut down?

The truth is that the general public doesn’t care, and many people actually approve because they believe that such research will lead to new “cures” and “treatments” for major diseases.

It appears to be inevitable that we will eventually be living in a world where bizarre hybrid creatures are commonplace.  In fact, encounters with such creatures are becoming increasingly common.  For instance, just consider what just happened in Montana…

Was it a wolf, some type of hybrid, or a creature that hasn’t been seen in Montana since the Ice Age?

On May 16 a lone wolf-like animal was shot and killed on a ranch outside Denton. With long grayish fur, a large head and an extended snout, the animal shared many of the same characteristics as a wolf; but its ears were too large, it’s legs and body too short, its fur uncharacteristic of that common to a wolf.

So far, the exact species is a mystery.

After examining photographs of the creature, I cannot determine what it is either. 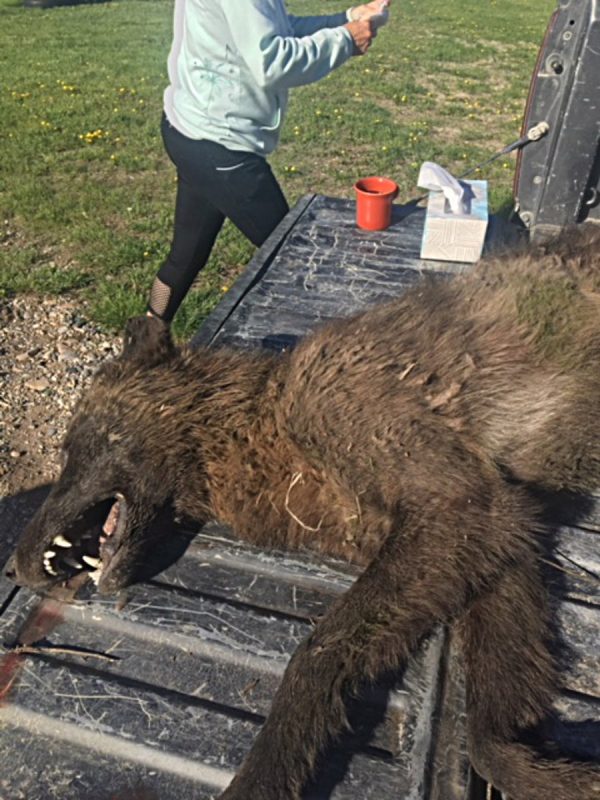 For must more on this phenomenon, I would encourage you to check out one of my previous articles on the matter.

Mixing various types of creatures with one another is no small thing, and we must do all that we can to prevent this from happening.  Unfortunately, very few people seem to understand the importance of this, and once the genie is out of the bottle we won’t be able to put it back in.