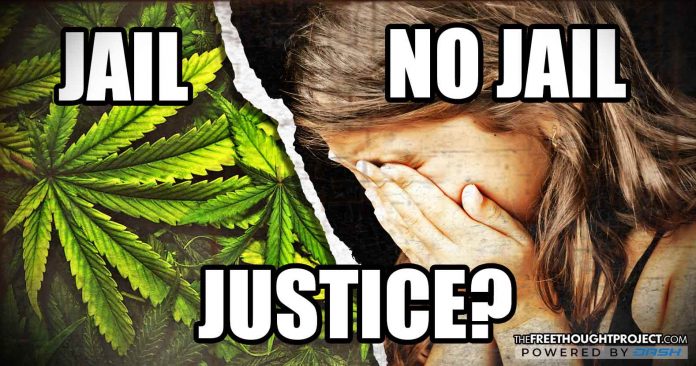 A wealthy California businessman found out that he will escape jail this week for the rape of a five-year-old girl. What’s more, the 79-year-old convicted rapist will not have to register as a sex offender. Consequently, a father in Pennsylvania was sentenced to years behind bars for selling a plant that helps people.

Lyle Burgess, the rapist from California received a sweet deal from prosecutors this week after pleading no contest to felony statutory raped of a girl who is now 7-years-old.

According to the family’s attorney, the victim was only five when she was raped by Burgess after he invited the little girl and her family out to his Calaveras County cabin back in 2016.

According to investigators, the girl’s father had known Burgess for decades. Sadly, going after family and friends is a common tactic of many child molesters.

“They trusted this man, he was a family friend, and he took advantage of them,” Meleyco said.

Burgess’ defense attorney Gregory Davenport said that in spite of the plea deal, his client still maintains his innocence. He told the Stockton Record he believes the allegations against Burgess “are motivated by greed.”

Burgess is the owner of the auto parts manufacturing and distribution company, Rare Parts. The defense is claiming that the parents of the girl are attempting to use their daughter as a pawn to seek money. However, the family’s attorney says it’s the other way around.

“He’s obviously very wealthy and it’s just an example of how the wealthy people, time and time again, escape the penalty for what they did,” Meleyco said.

According to KMOV, the girl’s family recently filed a civil suit against Burgess seeking unspecified damages for sexual abuse and intentional infliction of emotional distress.

“The girl is not doing good,” Meleyco said. “She’s showing all the symptoms of somebody who’s been molested. She’s in counseling, and she’s gonna be in counseling all her life.”

Showing the backward nature of the United States justice system, a father in Pennsylvania will not avoid jail for the vicitmless crime of selling a plant to willing customers.

This week, Ruben E. Morales, 51, was sentenced to five years in state prison for being a distributor in a marijuana business.

During the trial, Morales and his attorney pleaded with prosecutors—apparently still buying into the reefer madness—to be lenient on otherwise entirely innocent man.

However, citing junk science and propaganda, the judge handed down the stiff sentence without remorse.

“I’ve seen how you have somehow worked this out in your mind that what you’re doing isn’t wrong because that’s where the tide of public opinion is going,” Montgomery County Judge Gary S. Silow said to Morales. The judge then attempted to claim how he’s presided over numerous criminal cases of people where pot was the gateway drug that led to their addictions to other drugs.

As TFTP has reported, however, there are numerous studies which prove that marijuana is not a gateway drug, and can actually help people get off dangerous drugs.

“I don’t believe that anything was done wrong…that deserves jail time. I feel it’s victimless,” Suzanne Kornas, Morales’ girlfriend, told the judge. Kornas explained that Morales selling marijuana to customers was actually helping them and that throwing him in prison does no good. “Ruben helps everybody. Everybody goes to Ruben for help.”

“He’s not your typical drug dealer. He’s selling a drug that doesn’t cause violence,” DeMarco argued.

However, according to The Reporter, Assistant District Attorney Robert Kolansky, who sought prison time against Morales, argued “Marijuana today…is still illegal in Pennsylvania and it most certainly was illegal at the time of the defendant’s arrest in June 2014.”

“Much can be said about the changing tide in society and cultural ideas about marijuana, but there are longstanding beliefs that marijuana is dangerous in the community. It is not a victimless crime, the distribution of marijuana,” said Kolansky, adding violence is often associated with drug trafficking activities.

Indeed, violence is often associated with drug trafficking—but only because the state forces it to be this way by forcing the sale of drugs into the black market. When selling drugs is illegal, only those willing to break the law will sell them. This is known to create an environment that fosters corruption and crime. However, when drugs are legalized, crime actually goes down.

As states continue to kidnap and cage people for possessing a substance that makes them happy, society is slowly figuring out who the real criminals are—and it’s certainly not the one selling a beneficial plant to a willing customer.