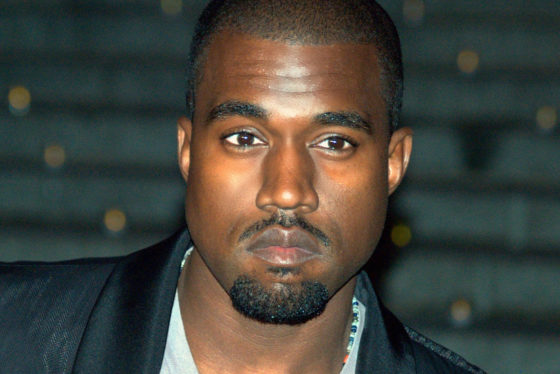 Kanye West finally tweeted something important this week, and nobody cares — at least compared to the media feeding frenzy that ensued when the notorious rapper expressed support for President Donald Trump.

On Monday, concluding a string of tweets about people’s addictions to their phones, West shared a link to an in-depth documentary about the history of consumerism and how it became the fabric of American society. The Century of the Self is a four-hour BBC documentary from 2002 that explores the role of Sigmund Freud’s nephew, Edward Bernays — often considered the father of modern public relations (and propaganda) — in molding the collective mindset.

the century of self https://t.co/JVvJby2TFq It’s 4 hours long but you’ll get the gist in the first 20 minutes Basically Sigmund Frued’s nephew Edward Bernays capitalized off of his uncle’s philosophies and created modern day consumerism

before Edward Bernays Americans purchased things based off needs There was a a time in the 20s when women didn’t smoke in public so Edward Bernays masterminded a campaign to make it culturally acceptable so that companies could sell more cigarettes..it’s that kind of vibe..

The documentary also explores Bernays’ role as a propagandist for Woodrow Wilson during World War I, helping drum up support among the war-weary public via the Committee on Public Information. In an interview with Bernays featured in the documentary, he discussed attending the Paris Peace Conference with Wilson, recalling that they “worked to ‘make the world safe for democracy’ — that was the big slogan.”

Bernays went on to assist the CIA in a propaganda campaign to justify the agency’s coup against a democratically elected leader in Guatemala who began to confiscate lands from the American United Fruit company, which harvested bananas in the country. As New York Times book review summarized:

“Bernays helped forge a network of intelligence agents in Central America expressly to discredit the regime. He circulated unflattering information to influential American newspapers, stigmatizing Arbenz with the Communist label and softening up public opinion for the eventual C.I.A.-sponsored overthrow of the reform-minded Government..”

He had previously worked to sell those bananas to the American public, portraying “heavy banana consumption as a patriotic habit that helped maintain United Fruit’s vast fleet, which could be pressed into emergency service during wartime.”

Though Bernays decried the negative connotations of the term “propaganda” and believed his efforts simply helped foster order in society and were vital to the democratic process — he also advised numerous presidents — his ideas and tactics also influenced Nazi propaganda minister Joseph Goebbels.

His ideas remain highly relevant today. For example, he suggested that young would-be politicians should be sent “to work for Broadway theatrical productions or … as assistants to professional propagandists” before being recruited into politics.  In the age of Donald Trump and even Barack Obama — a highly charismatic figure who built a powerful celebrity image and now has a content deal with Netflix — Bernays insights proved correct.

Despite the immense influence of his work, he remains relatively unknown to the masses. As a result, it’s unsurprising that West’s tweets about him drew significantly less attention than his praise for Donald Trump. Whereas the rapper’s widely-covered Trump tweet drew 336,000 likes, 84,000 retweets, and 28,000 comments, his tweet about Bernays’ cigarette campaign has received just 14,000 likes, 2,300 retweets, and under 1,000 comments. His tweet linking to The Century of the Self received even less traction.

You don't have to agree with trump but the mob can't make me not love him. We are both dragon energy. He is my brother. I love everyone. I don't agree with everything anyone does. That's what makes us individuals. And we have the right to independent thought.

There has been little to no mainstream media coverage of Kanye’s Bernays tweets despite the media’s obsessive focus on his comments just earlier this month (side note: Bernays worked frequently with media and news outlets, including the Hearst company, during his prime).

This should come as no surprise, as commentary on widespread, systemic manipulation and corruption is less appealing to a dogmatic, divided public than inflammatory comments that incite strong emotions with both factions of America’s two-party system.

Despite his influence over the public, mass manipulation would not be possible without the public’s consumption of carefully calculated content. As Bernays observed in his first book, Crystallizing Public Opinion, “The truth is that while it appears to be forming the public opinion on fundamental matters, the press is often conforming to it.”

Whichever came first — propaganda to manipulate the masses or the masses’ demand for it — is ultimately irrelevant as people choose to engage in, in Kanye’s case, superficial outrage over pro-Trump tweets instead of actual information and history.

(For more information on these lesser-known control tactics, watch Adam Curtis’ most recent documentary, Hypernormalisation, which goes into further detail on false realities constructed by the ruling class to the detriment of people around the world.)