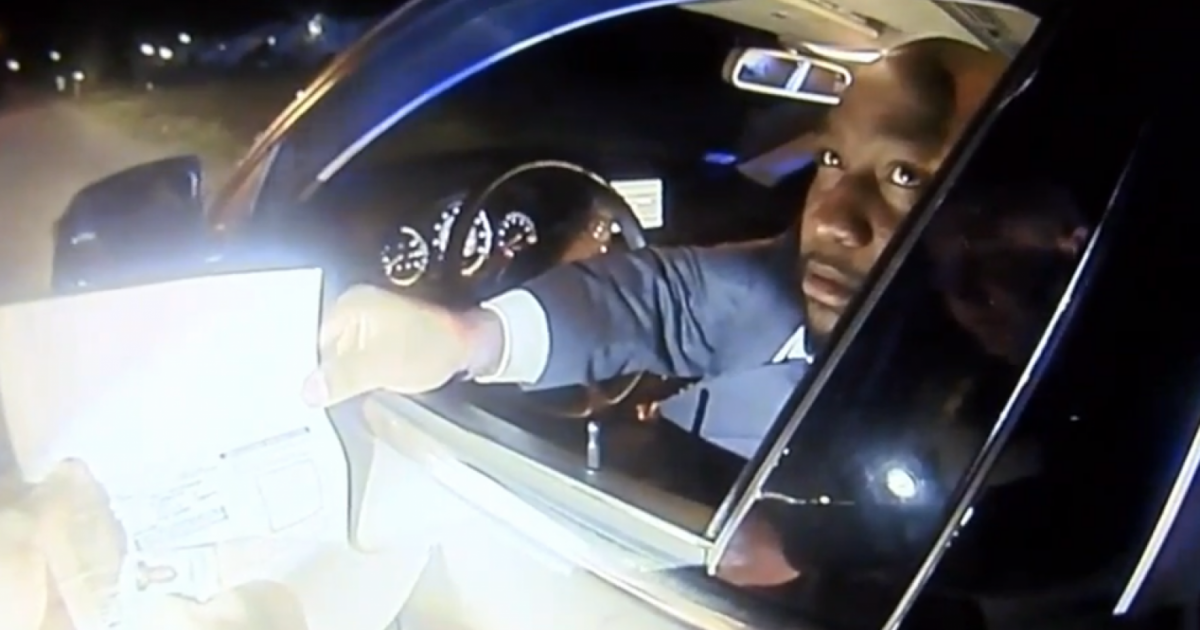 Facts have a notorious racial bias.

The Rev. Jerrod Moultrie, pastor of Oakgrove Missionary Baptist Church in Fairmont, was stopped April 12 in Timmonsville, S.C., by police Officer Chris Miles for not using a turn signal while making a left turn.

At 3:53 a.m. on April 13, Moultrie posted on Facebook, “Tonight I was racially profiled by Timmonsville officer cause I was driving a Mercedes Benz and going home in a nice neighborhood. But you know tomorrow they will hear from me.”

In his Facebook account of the traffic stop Moultrie, who also is president of the Timmonsville NAACP chapter, writes that Miles asked him if he had drugs, whose vehicle he was driving, where he works and why he was in the neighborhood.

“Officer: And I guess I am the Bill Gates.”

I am outraged! Where’s the implicit bias training! This is a genocidal nation! Tear down all cop statues! Mercedes lives matter!

The encounter between Moultrie and Officer Miles was recorded by Miles’ body cam. The Timmonsville Police Department released the video.

The video shows Miles did not ask Moultrie if he had drugs, whose car he was driving, where he worked and why he was in the neighborhood. The video also shows the name Bill Gates was not spoken during the encounter.

“The dealer told you wrong,” Miles is heard saying.

Miles advised Moultrie he should not drive the Mercedes until he has obtained the proper registration information from the S.C. Department of Motor Vehicles. The body cam video shows a subdued Moultrie agreeing to do so.

No ticket was issued.

The Bill Gates is also an NAACP president. Like Rachel Dolezal.

According to the Florence (S.C.) Morning News, Timmonsville Police Chief Billy Brown said he was surprised when he heard of Moultrie’s allegations because they are counter to Miles’ character. He was out of the office when he heard of the allegations but got his captain to look at the body cam video to see what happened, the chief said.

“And my captain called me back and pretty much said chief, what he (Moultrie) said happened didn’t happen at all,” Brown said.

He accepted what the captain said but needed to see the video for himself, Brown said.

Moultrie’s false allegations of racial profiling need to be made public, Brown said.

“But I think by him being the president of NAACP for the Timmonsville area, that it needs to be out to the public for the simple reason, if and when something else happens, they need to be able to look at the credibility of who’s presenting it,” Brown said. “I mean, if he lied about this to us, he’ll lie about anything to anyone. I just don’t think we need his type of representation.”

But the NAACP doubled down.

The National Association for the Advancement of Colored People (NAACP) has launched an internal investigation into the report of racial profiling levied by Rev. Jerrod Moultrie, the President of the Timmonsville, S.C. branch of the NAACP, against a Timmonsville police officer.

Good. If Obama were still in power, DOJ thugs would have already flown down to threaten the police department, organize a race riot and pore through emails to look for anything inflammatory the way they did in Ferguson.

In it’s statement of the internal investigation, the NAACP states, “The NAACP takes this opportunity to counter misleading assumptions about racial profiling in the context of traffic stops. Racial profiling, in this context, concerns the reasons for stopping a particular vehicle at a particular time, not whether the officer conducting the stop (or any other officer on the scene) is impolite.”

That already concedes that their man lied. And if he lied, then he has no credibility on any claims period. And the NAACP’s defense of him further damages its credibility.

“Rev. Jerrod Moultrie addressed apparent contradictions between the body cam footage released by the Timmonsville Police Department and his social media account of the incident,” the NAACP states. “According to Rev. Moultrie, the body cam footage captures the arrival of the second police cruiser on the scene, but does not capture his interaction with the officer who conducted the initial stop in a separate vehicle, and who interacted with Rev. Moultrie before the second police cruiser arrived.”

The NAACP states it is seeking “full disclosure of all relevant information regarding the incident.”

The Robesonian has been happy to oblige. And address the second police cruiser theory.

The body cam footage released by the Timmonsville Police Department does show a second police cruiser parked on the driver’s side and slightly behind Officer Miles’ vehicle. The footage also shows the officer who arrived in the second cruiser stood behind the cruiser’s open driver’s side door during the entire traffic stop and never approached Moultrie’s car.

Maybe we need an investigation of the NAACP instead.