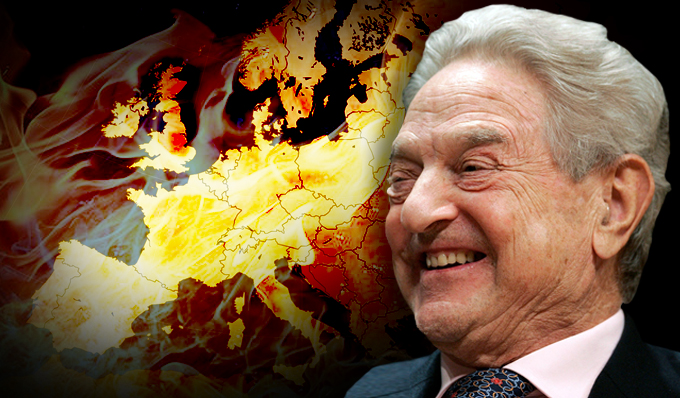 George Soros’s shadow lobbying efforts paid off huge on Friday as the people of Ireland voted overwhelmingly to allow women to kill their babies while they’re in the womb.

From The Irish Times:

Ireland has voted by a landslide margin to change the constitution so that abortion can be legalised, according to an exit poll conducted for The Irish Times by Ipsos/MRBI. More than 4,500 voters were interviewed by Ipsos/MRBI as they left polling stations on Friday. Sampling began at 7am and was conducted at 160 locations across every constituency throughout the day. The margin of error is estimated at +/- 1.5 per cent.

Counting of votes begins on Saturday morning at 9am with an official result expected to be declared in the afternoon.

However, the size of the victory predicted by the exit poll leaves little doubt that, whatever the final count figures, the constitutional ban on abortion, inserted in a referendum in 1983, is set to be repealed. An exit poll published later on Friday night by RTE during the Late Late Show mirrored the projection seen in The Irish Times exit poll. The RTE poll showed 69.4 have voted for Yes, while 30.6 per cent have voted for No.

While Ireland had the highest birth rate in the EU in 2016 thanks to their wise abortion ban that’s likely to go out the window as the feminist plague engulfs their nation. The abortion push was carried out predominately by Ireland’s openly gay prime minister Leo Varadkar, who is the son of an Indian immigrant. Varadkar campaigned on a pro-life platform only to later come out in favor of abortion and overturning the Eighth Amendment.

“It’s not a vote on me, not a vote on the government,” Varadkar said while campaigning in favor of legalizing abortion. “It’s a vote as to whether we trust the women of Ireland to make decisions about their own lives for themselves.”