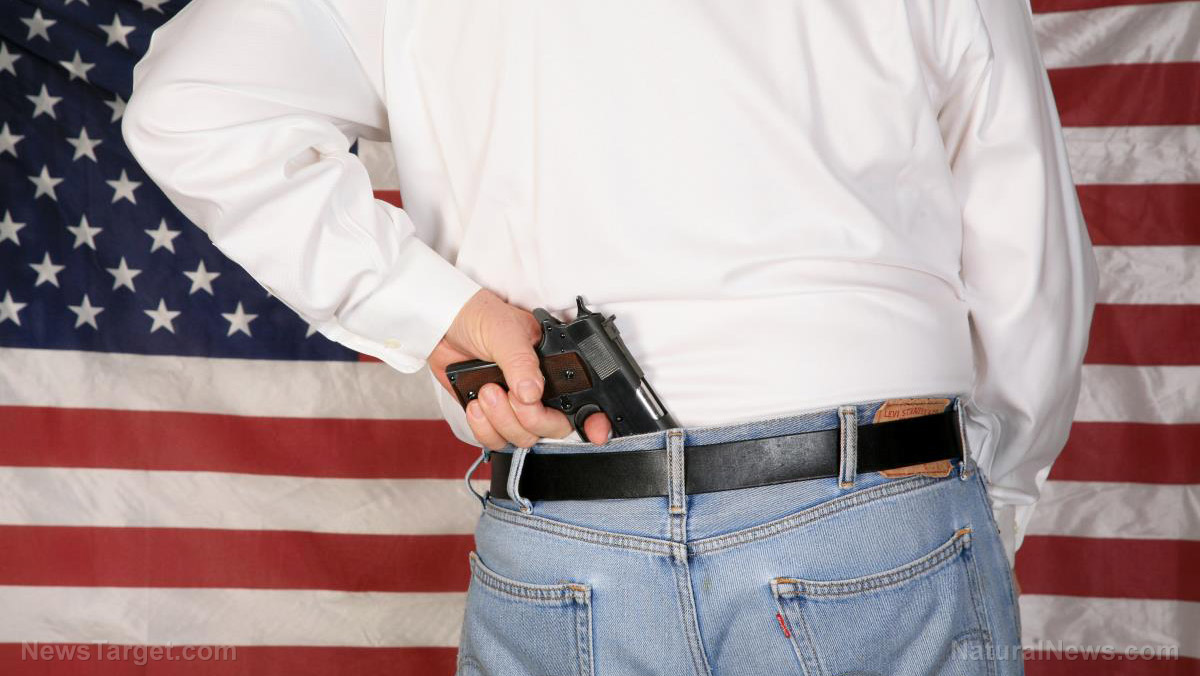 (Natural News) Without a doubt, more than a few customers who were eating at Louie’s Bar & Grill in Oklahoma City Thursday evening are grateful to be alive after a gunman walked in and started shooting.

And no doubt more than a few of them are relieved that a good guy with a gun managed to kill the potential murderer before he was able to turn his gun on them.

As reported by local media, OKC police were also relieved that the Good Samaritan manage to put an end to what could have been just the latest mass shooting in the U.S.

“It’s a blessing this was stopped [when it was],” said Capt. Bo Matthews, according to The Daily Wire. “Who knew when this guy was going to stop shooting people.”

“ALERT: The only confirmed fatality is the suspect. He was apparently shot-to-death by an armed citizen. Three citizens were injured, two of whom were shot. A large number of witnesses are detained. There is no indication of terrorism at this point,” the OKC PD said in a tweet to citizens.

⚠️ ALERT: The only confirmed fatality is the suspect. He was apparently shot-to-death by an armed citizen. Three citizens were injured, two of whom were shot. A large number of witnesses are detained. There is no indication of terrorismat this point.

Not all patrons were unscathed. A woman and her daughter were hit by gunfire and were hospitalized, according to The Daily Caller. That’s unfortunate, of course, but the point is this incident could have been much worse.

And many others have been — and nearly all of them have occurred in so-called “gun-free zones” that were implemented by Left-wing politicians who are guarded by men and women with guns but for some reason don’t believe others should have the ability to defend themselves as otherwise permitted by the Second Amendment.

Despite little to no coverage by the media, shootings are frequently stopped by other people with guns

— A man holding his baby managed to shoot one of four other men who were attempting to rob him outside of a McDonald’s restaurant in Memphis earlier this month, Fox Newsreported, citing local news agencies. A witness to the event, David Chase, said the father fought back when the others began robbing him.

Chase said he heard three to four gunshots; police said they believe at least one of the suspects was hit.

“He was doing what any father should have did: protect his child. And I also told the police whether he had a gun license or not, it was a righteous shot,” Chase said. “He did what any man would do for his kids.”

— In April, police responded to shots fired in North Hollywood. When they arrived, they found a man suffering from a pair of gunshot wounds; police think he was shot during a robbery attempt.

— In January a man with a concealed carry permit shot another man who was pointing a sawed-off shotgun at him around 2 a.m. outside a local business in Houston. Police said the man was walking towards his vehicle when he saw the other man pointing the shotgun; they added that the owner of the vehicle pulled out a handgun he was carrying and opened fire. Robbery was the likely motive, according to cops.

— In April 2017 a man in Cleveland shot a robber who broke into his home. Eddie Henderson III, 26, shot the suspect after he heard him opening drawers inside his house. Police said the robber was shot but managed to escape nonetheless. The robber barricaded himself inside Henderson’s bathroom; Henderson then fired several shots through the door as the robber yelled at him to stop firing. Henderson has a concealed carry permit because he used to work at a barber shop where the owner required his barbers to carry concealed for their own protection.

Read more about the right to keep and bear arms for self-defense at SecondAmendment.news.