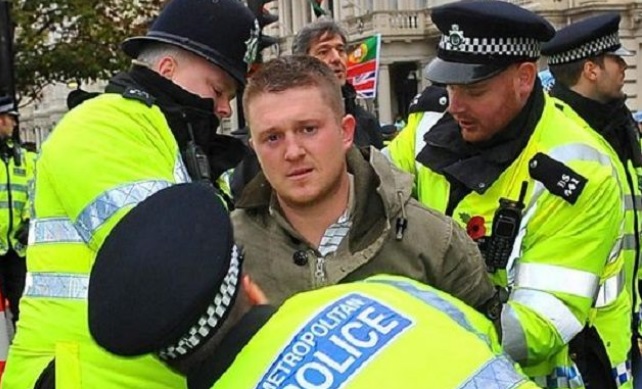 (Natural News) UK citizen journalism Tommy Robinson, who has worked tirelessly to expose the Muslim pedophile and sex trafficking rings in the UK, has been arrested and jailed under a Soviet-style secret order from the UK government which then issued a total media blackout order to the press.

It is now a crime in the UK to report on Tommy Robinson’s arrest and imprisonment. Word is still getting out through independent media sources like InfoWars, which has interviewed Robinson’s camera man, who explained that the entire court prosecution of Robinson took “mere minutes,” after which Robinson was convicted and thrown in prison for 13 months, just hours after his arrest.

There was no time for any proper legal defense, no time to present evidence, not even time to make a counter argument. The corrupt UK court system, which turns out to be just as corrupt as the UK government, simply declared Robinson a criminal and threw him in jail. Within hours, a follow-up order went out to the media to demand a total blackout of all media coverage. Even Breitbart News pulled its stories about Robinson.

For the record, the UK government is run by criminal pedophiles who rely on Muslim pedo networks to provide a steady supply of nine and ten-year-old little girls and boys to be routinely raped, molested and sexually assaulted by high-level UK judges, legislators and bureaucrats. This is why Robinson is being so aggressively censored in a Soviet-style media blackout and secret court conviction that no media outlet is even allowed to report took place.

The UK — like mush of Western Europe — is currently in the process of being overrun by Muslims. The UK government is complicit in the scheme and has now criminalized anyone criticizing Muslims, even for running child trafficking networks that provide “fresh meat” to corrupt UK government officials.

Visit TommyRobinson.online for more information about Robinson, and watch these InfoWars videos for more breaking news: