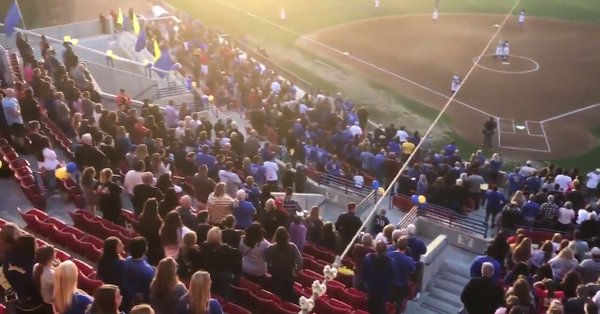 When organizers of a high school softball championship in Fresno, California announced there would be no playing of the National anthem ahead of the game the crowd responded with boos and jeers.

But not to worry, because they quickly jumped into an impromptu a cappella version of the Star Spangled Banner, prompting players on the field to stop their warm up and turn to the flag.

They announced there'd be no national anthem before championship. The crowd did this https://t.co/jDd9dHa9br