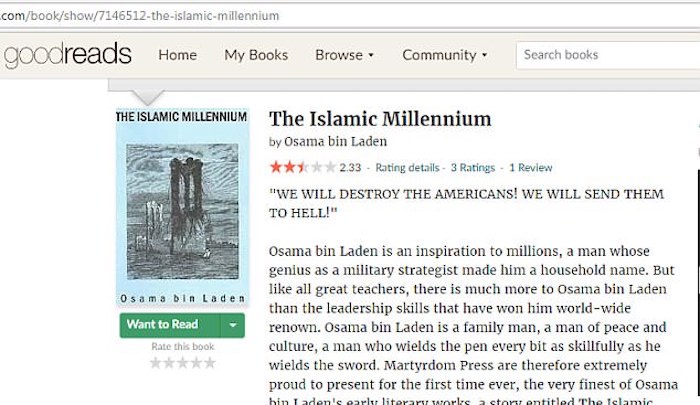 Amazon bans use of its AmazonSmile charitable program to charities that aren’t leftist. Its CEO, Jeff Bezos, has contributed millions to leftist causes. And so it’s no surprise that this material would be sold by Amazon. The left consistently downplays and denies the reality of the global jihad, and echoes the jihadis’ claim that they’re just reacting to the supposed atrocities of the United States, Israel, and others. And so why shouldn’t Amazon sell this material? It’s consistent with Bezos’ world view, that the U.S. and the West is the real source of evil in the modern world. This is how far the left has degenerated.

Amazon is selling terrorist recruitment material and bomb-making manuals including a sadistic novel by Osama Bin Laden and jihadi books banned in British prisons, a MailOnline investigation has revealed.

The online retailer offers titles by jailed clerics and those expelled from Britain, leading to accusations that it is spreading the jihadis’ message for them.

Many of the books, which have radicalised thousands of international terrorists, are available for next-day delivery. Some can be downloaded instantly as Kindle editions anywhere in the world.

The inflammatory titles are sold by third parties using Amazon’s platform, allowing them global reach and lending them an aura of legitimacy.

Labour MP John Mann demanded a ‘full police investigation’ into the online giant amid fears that the profits from these sales may be going to terror groups. 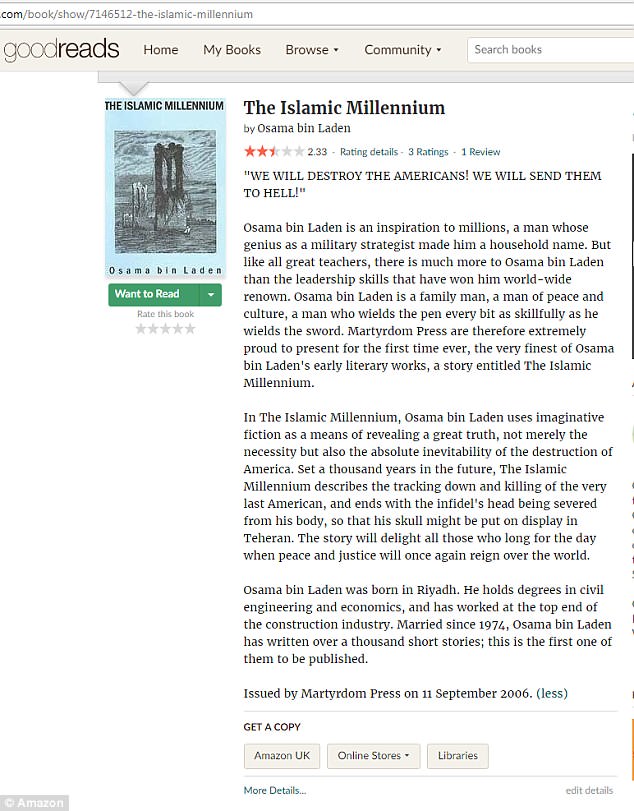 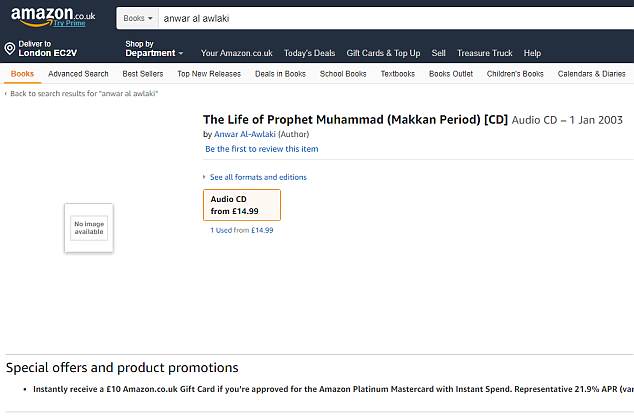 ‘This is Amazon giving assistance to terrorists and putting lives at risk,’ Mr Mann told MailOnline. ‘We’ve just had the anniversary of the Manchester bombing. They need to be held to account.

‘Amazon is allowing terror material to circulate. Free speech arguments don’t apply when it comes to terrorists trying to recruit. There must be a full police investigation into Amazon.’

Amazon’s ‘goodreads’ website promotes Bin Laden’s sadistic novel The Islamic Millennium, which envisions a genocide in the West and the severed head of an ‘infidel’ on a spike in Tehran.

The site’s description of the work fawns over the 9/11 mastermind, calling the mass killer ‘an inspiration to millions’ and ‘a family man, a man of peace and culture’. Amazon also offers an audio lecture by Al-Qaeda pin-up Anwar Al-Awlaki….