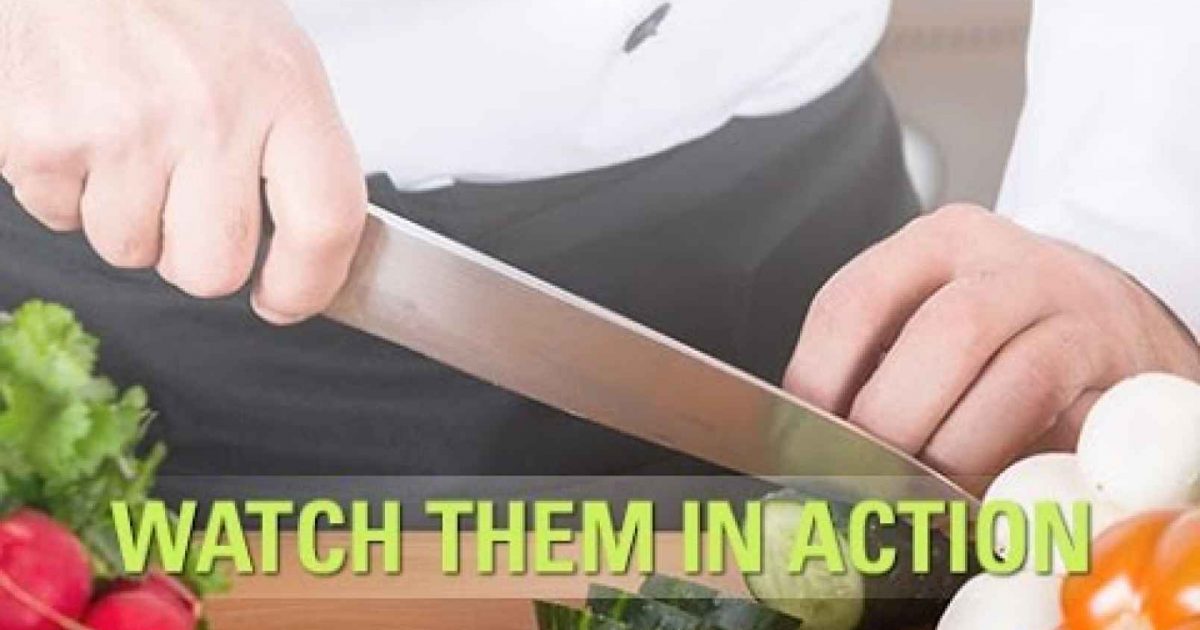 This story was almost summoned into being to make a point about the absurdity of gun control arguments. Why does anyone need a rifle, a shotgun, a handgun or a kitchen knife with a point?

A judge has called for a drastic rethink on the way we use knives in kitchens in a bid to reduce the number of young men dying on our streets because of knife crime.

Clearly, this is a knife problem… not a criminal problem.

Surely if we just ban assault kitchen knives, they’ll be meek as lambs.

And he has come up with an idea for a scheme that could be rolled out across the UK where members of the public could take their kitchen knives to be ‘modified’ and the points ground down into rounded ends.

Turn in your knives. Then your rolling pins and your safety pins. Or do you want people to die?

This comes from Judge Nic Madge, who last month jailed Jordon Worth, of Stewartby, Bedfordshire, for seven-and-a-half years after she inflicted a catalogue of injuries on her boyfriend Alex Skeel.

Petite Worth, 22, stabbed him with a knife, scalded him with boiling water, banned him from their bed and decided what clothes he should wear.

‘But why we do need 8′ or 10′ kitchen knives with points? Butchers and fishmongers do, but how often, if at all, does a domestic chef use the point of an 8′ or 10′ knife? Rarely, if at all,’ Judge Madge said.

Why do we need anything really? Kitchen knives

? Glass bottles? Who even need sporks

? If it just saves one life…

And if we don’t have a right to be left alone, but only a duty to be badgered and prodded by officials who constantly demand, “Do we really need X or Y?”

from their kitchen drawers

to centres where the points could be filed down

And then if they decide to suddenly stab someone, they’ll have to sharpen their knives? Or will there be a 7 day knife sharpening period?

During his ‘valedictory’ speach in court attended by fellow judges, barristers and court staff he spoke of the concern now felt him and his colleagues at the frequency with which youths in Luton carry knives and how in some circles it was now routine.

It can’t possibly have anything to do with the demographics of Luton. It’s the kitchen cutlery and in Boston, it was the pressure cookers.

‘Every kitchen contains lethal knives which are potential murder weapons.

Not to mention a thousand other items and substances that can inflict harm. #Banthemall

Lest you think, His Honour is a random nutter, this is a real trending idea.

The researchers say legislation to ban the sale of long pointed knives would be a key step in the fight against violent crime.

“We suggest that banning the sale of long pointed knives is a sensible and practical measure that would have this effect.”

And if that doesn’t work, it’s time to ban hands. It’s the hands that are truly committing all the crimes.

But first guns and then kitchen knives.

Cutting is an act of violence. Serial killers begin practicing their craft on animals, but what is cooking if not the work of an aspiring serial killer?

What are we to make of individuals retreating to the narrow confines of a small room and then ritualistically carving up pieces of birds and animals with sharp knives and consuming their flesh? And these serial killers of fowl and cattle aren’t satisfied with having ordinary knives; importing sharper and deadlier knives from late night infomercials with which to mutilate dead animals.

can do anything at all, why do so many of us still cling to the sharpened caveman’s tool?  There are kitchen appliances that can do most of the work of knives. And if any cooking task really requires a knife, we should ask ourselves whether it’s worth doing.

That’s satire. But, like any satire of the left, it’s becoming more real every day.