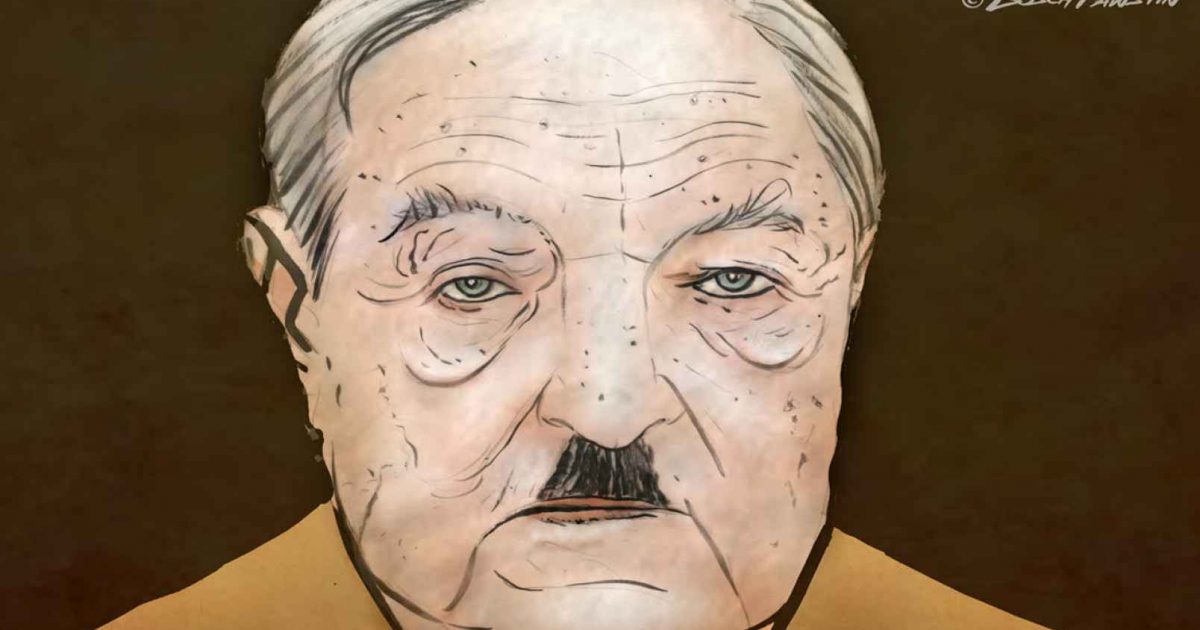 Editor’s Note: For more on this and why this information is important, see my article on Tuesday by clicking here.

Since the media is once again insisting that Soros’ Nazi collaboration was a conspiracy theory, here’s George is in his own words on 60 Minutes.

KROFT: My understanding is that you went out with this protector of yours who swore that you were his adopted godson.

KROFT: Went out, in fact, and helped in the confiscation of property from the Jews.

KROFT: I mean, that’s — that sounds like an experience that would send lots of people to the psychiatric couch for many, many years. Was it difficult?

KROFT: No feeling of guilt?

KROFT: For example that, ‘I’m Jewish and here I am, watching these people go. I could just as easily be there. I should be there.’ None of that?

Mr. SOROS: Well, of course I c — I could be on the other side or I could be the one from whom the thing is being taken away. But there was no sense that I shouldn’t be there, because that was — well, actually, in a funny way, it’s just like in markets — that if I weren’t there — of course, I wasn’t doing it, but somebody else would — would — would be taking it away anyhow. And it was the — whether I was there or not, I was only a spectator, the property was being taken away. So the — I had no role in taking away that property. So I had no sense of guilt.

It’s not just that he felt no guilt over it. It was, in his own words, as, ” “the most exciting time of my life.”

But again, the Holocaust was a very difficult time. People do terrible things to survive. And they have mixed feelings about them. Life isn’t cut and dried.

Except that we are talking about a man who has waged his own relentless war on Israel and Jews, funding a variety of anti-Israel groups, including J Street, justifying anti-Semitism and being condemned for disrespecting a Holocaust survivor by Elie Wiesel.

Soros grew up in a “Jewish, anti-Semitic home”. He called his mother a “typical Jewish anti-Semite” who hated his first wife because she was “too Jewish”. After undergoing psychoanalysis, he was able to understand that his shame was rooted in his Jewishness. He had a special contempt for Jewish philanthropies after a failed attempt to defraud a Jewish charity in London.

He was booed when he undermined the presentation of an award to a Holocaust survivor by comparing Israeli Jews to Nazis. Elie Wiesel had declared in disgust, “I heard what happened. If I’d been there—and you can quote me—I would have walked out.”

That same year, Soros blamed the Israeli government for a “resurgence of anti-Semitism in Europe”. He might have been more honest if he took responsibility considering his funding of groups that traffic in anti-Semitic smears. And his own anti-Semitic allegations that “attitudes toward the Jewish community are influenced by the pro-Israel lobby’s success in suppressing divergent views.”

Soros has defended Hamas and Hezbollah who have called for the extermination of the Jews. He championed the rise of the Muslim Brotherhood in Egypt despite or because of its support for Hitler. Yusuf al-Qaradawi had claimed that Hitler had been sent by Allah to punish the Jews. “Allah willing,” the Brotherhood’s spiritual leader said, “the next time will be at the hands of the believers (Muslims).”

Some collaborate once. Others never stop collaborating.