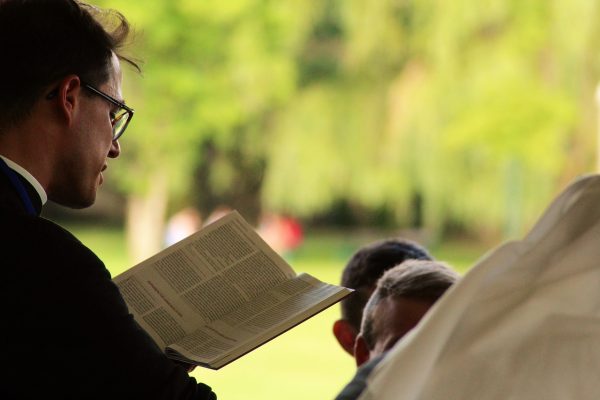 The Church of England has launched a diversity drive that is specifically encouraging gay, lesbian and transgender people to take “roles of leadership and service in the local church”.  This move is being greatly applauded by the LGBT community and is being very strongly criticized by conservatives.  At one time such action by the Church of England would have been unthinkable, but today this news is hardly being noticed.  The Church of England has worked very hard to be welcoming to the LGBT community in recent years, and this has created some very significant rifts within the denomination.  Other major Christian denominations are going through similar struggles, and ultimately we may be seeing the largest shift in Protestant thinking since the days of the Reformation.

For the Church of England, the debate is essentially over.  Bishops have decided that they very much want to encourage gay, lesbian and transgender people to take on roles of leadership…

Transgender people are being encouraged to become Church of England vicars as bishops launch a diversity drive.

Bishops in the diocese of Lichfield have issued new guidance to parishioners and clergy reminding them that LGBT people “can be called to roles of leadership and service in the local church”.

One of the biggest reasons for this new “guidance” is the fact that young people are not embracing the church.  It is apparently hoped that this new diversity drive will encourage young people to get involved…

The guidance, titled “welcoming and honouring LGBT+ people”, warns that the church’s reputation as being unwelcoming towards gay and transgender people is stopping young people attending.

“We very much hope that they, like everyone else, feel encouraged to serve on PCCs, or as churchwardens and worship leaders, for instance, and are supported in exploring vocations to licensed lay and ordained ministries,” the guidance says.

Without a doubt, we are seeing a major shift in perspective among young people all over the planet.  For example, a new survey has found that the percentage of the U.S. population that identifies as LGBT has hit a brand new record high…

Results from a year-long survey conducted in 2017 show that the estimated LGBT population in the United States is now at 4.5%, and that the biggest increase in LGBT-identification has been among millenials, those people born between 1980 and 1999.

Of course in some parts of the country the percentage of those that identify as LGBT is much higher.  Just recently, actor Ian McKellen declared that “half of Hollywood is gay”, and Washington D.C. is also a major focus for the LBGT movement.

Meanwhile, the traditional family continues to decline in America.

In fact, the number of married couples with children in the United States is the lowest that it has been since 1961…

The number of married couples in the United States who have children under 18 hit a 56-year low in 2017, according to the U.S. Census Bureau.

Unfortunately, we should expect all of these trends to continue to accelerate, and I explain why in The Rapture Verdict.  The only hope for America is a spiritual renewal, and let us be praying for that.

But there is some good news.

In California of all places, a judge has ruled in favor of a Christian baker that declined to make a cake for a gay wedding…

A California judge has made a final ruling in favor of a Christian baker who refused to bake a cake for a gay wedding. The baker’s refusal was based on her claim that making the cake would have forced her to go against her deeply held Christian beliefs and endorse something that she personally disagrees with.

Last August, Mireya and Eileen Rodriguez-Del Rio ordered a wedding cake from Tastries Bakery owner Cathy Miller, who declined the lesbian couple’s request on account of her own staunch opposition to homosexuality. Subsequently, the couple filed a complaint with California’s Department of Fair Employment and Housing, according to LifeSite News. They argued that the state’s Unruh Civil Rights Act should forbid businesses from refusing to provide services on the basis of sexual orientation (among other grounds).

The judge decided that since Miller’s objection to baking the cake was purely religious that it was protected by the First Amendment of the U.S. Constitution.

We are definitely in the midst of a culture war, and our culture is changing at lightning speed.

So what will the end result of this transformation be?