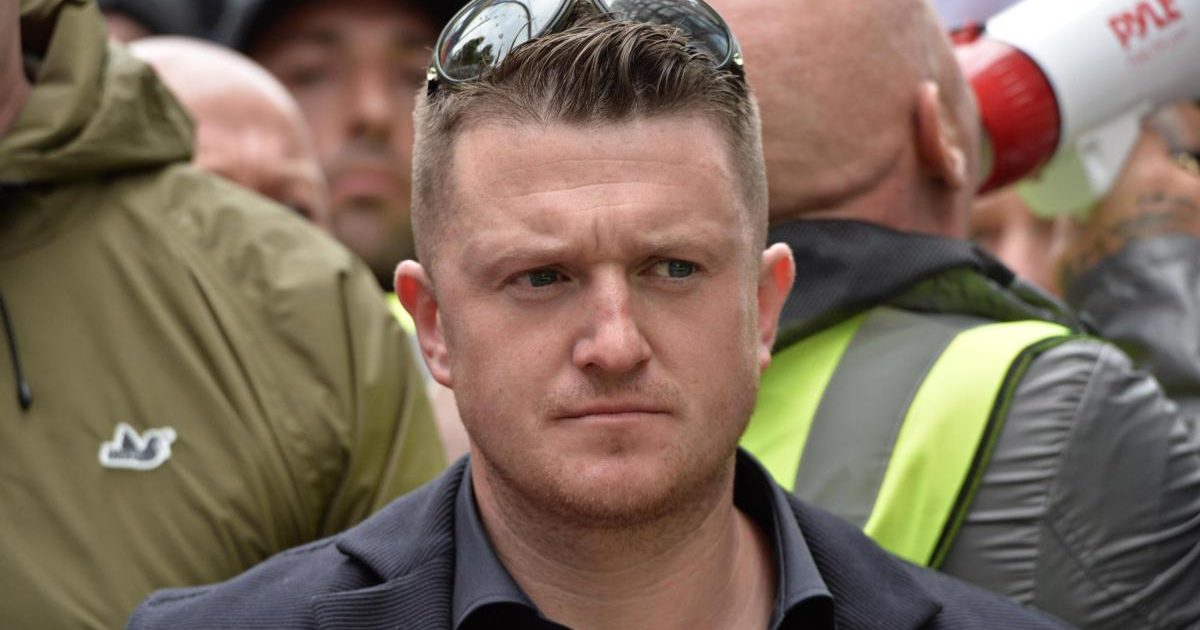 This is exactly what occurs when you allow anti-Christ Muslims to infiltrate your country and use terror to control the representatives of the people!  America, be warned that Tommy Robinson is an example of what happens when law-abiding people seek to expose the truth about Islam and the criminals that follow it devoutly.  In a recent report, a UK judge has admitted that Robinson was sentenced without due process of law, something of which we all were aware.

Robinson, who was simply reporting on the trial of a Muslim rape gang outside the courthouse, was arrested under suspicion of “breaching the peace.”  Take a look.

Not only was he arrested but convicted within a short period of time and sentenced to thirteen months in prison.

However, the judge hardly viewed the evidence against Robinson, in which Robinson committed no crime.

The judge who imprisoned Tommy Robinson admitted he watched little of Robinson’s livestream he claimed was evidence that Robinson was in “contempt of court.”

According to Robinson’s producer Caolan Robertson, who was in court during Robinson’s sentencing, Judge Geoffrey Marson QC admitted that he barely watched Robinson’s livestream, despite it being the focal point of Robinson’s arrest according to the arresting officers themselves.

“The number one most significant thing that actually caused a little bit of a gasp in the courtroom from a couple members of the press was when the judge actually admitted that he hadn’t watched the full livestream of Tommy talking,” Robertson said on the Alex Jones Show on Tuesday. “He only watched a very, very brief moment of it before he made up his mind [to imprison Tommy.]”

While the judge claimed that Robinson was tainting the trial, one wonders how the judge could determine that since he failed to view the video, which was being filmed near the end of the trial.  Furthermore, Robinson was only communicating facts that the public already knew about.  This was far from tainting a jury.  That’s more like what the judge was engaging in.

Furthermore, it seems like clear evidence that the judge is far more concerned with his own head, literally, than making sure justice is brought on Muslim rape gangs in the UK.

A UK judge issued a gag order on the press to not report on Robinson’s arrest, and clearly that was politically motivated and tied to the Sharia.  Outlets, including Breitbart and Russia Today, pulled stories on Robinson’s arrest to comply with the tyrannical order, something of which they both should be ashamed.

Robinson was admonished last year by Judge Heather Norton for filming outside a gang rape case in Canterbury, who slapped him with a three month suspended sentence on the condition that he cease his coverage of the trials.

you should be under no illusions that if you commit any further offence of any kind, and that would include, I would have thought a further contempt of court by similar actions, then that sentence of three months would be activated -Judge Heather Norton

“This is not about free speech, not about the freedom of the press, nor about legitimate journalism, and not about political correctness,” the judge told Robinson at the time.

In response to Robinson’s arrest, a large group of protesters gathered outside Downing Street – while the hashtag #FreeTommy has been used to coordinate a response, express outrage and share information about the situation.

Robinson’s arrest has also sparked a free speech debate over social media, with  supporters and detractors alike standing up for the controversial activist’s right (or lack thereof) to express his opinion.

Tommy Robinson has just been sentenced to jail for 13 months. There is a UK reporting ban. No one there is allowed to talk about it. #FreeTommy

I don’t agree with everything he says, but being arrested for filming a news story outside a courthouse, and imprisoned within 6 hours sounds dystopian #FreeTommy

The ever clever Stefan Molyneux also chimed in with a comment, although be it redacted heavily.

And for further information, here is the Sharia-compliant judge, Judge Geoffrey Marson QC, who unjustly sentenced Robinson for thinking for himself, reporting that thought and standing his ground in the face of a tyranny that seeks to silence any opposition.

Today Judge Geoffrey Marson QC sentenced a man who may not be named to death in a secret trial that may not be reported on for an offence that may not be mentioned although it is suspected to be for exposing the extent of child abuse and grooming gangs in Britain. #tommyrobinson pic.twitter.com/6swXu13xFB

Watch the interview on Infowars for more information.