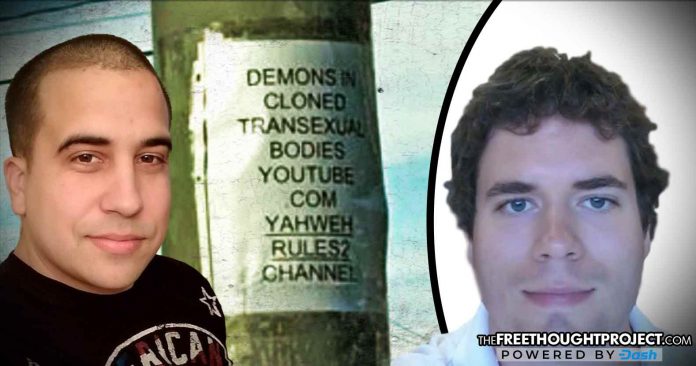 Oklahoma City – Reports of a shooting that happened last week at an Oklahoma restaurant in which an off-duty security guard shot and wounded three people before he was shot and killed by armed citizens, shows an important aspect of the gun debate. However, it quickly vanished from headlines, and there are a few reasons why this shooting is not being used as a talking point by media outlets and politicians.

Here are five compelling reasons why the Oklahoma City shooting has disappeared from the headlines:

1. The shooter was reported to the FBI—twice—and the agency failed to investigate

Suspect Alexander Tilghman began raising red flags earlier this year when he posted several strange videos on YouTube claiming that he was being taunted by demons, he was contemplating suicide, and he was losing his mind. This prompted reports to the FBI from concerned citizens who feared that Tilghman was a danger to himself and others.

In a statement to KWTV News, FBI Spokesperson Andrea Anderson admitted complaints about Tilghman’s behavior had been submitted to both the FBI’s Oklahoma City division and the agency’s Public Access Line. Instead of looking for more information, Anderson claimed the agents just used the details provided by the caller, and declined to launch an investigation:

“In response to Thursday’s shooting in Oklahoma City, a review of FBI databases were conducted and it was determined that one call was made to our Public Access Line (PAL) earlier this month regarding the shooter identified as Alexander Tilghman. The caller reported concerns about a YouTube channel associated with the subject, but did not report any potential threat of violence and did not have any knowledge of the subject possessing any weapons. Based on this information, and following our standard protocol, no further investigation was warranted.”

2. The gunman was a licensed security guard and he used a handgun, which deviates from the mainstream media narrative that mass shooters use “assault rifles”

The media also pushes the idea that deranged individuals who carry out mass shootings choose to use AR-15’s, or firearms that have been deemed “assault rifles.” But in the case of this shooting, Tilghman used a handgun, which he was licensed to carry as an armed security guard.

Gerald Konkler, general counsel for the Oklahoma Council on Law Enforcement Education and Training, told CBS News that in order to register as a security guard, Tilghman had to pass a background check and complete at least 72 hours of training. As a result, he was certified to carry a firearm across the state.

Another case in which a mass shooting was carried out by an individual using a handgun happened last month when Nasim Najafi Aghdam opened fire on YouTube’s headquarters in San Bruno, California. The shooting also quickly disappeared from the headlines and was not used for anti-gun talking points.

3. The gunman was stopped by armed citizens—a scenario that is often downplayed by the media

The mainstream often pushes the agenda that adding more guns to the to the mix will only create more problems, but the fact is that sometimes the only thing that can stop a gun is another gun. If police arrived on the scene, they would have used their guns to either shoot Tilghman or to intimidate him until he dropped his weapon.

When Tilghman entered Louie’s Grill & Bar and opened fire, wounding a woman and two girls, he was confronted by two armed citizens who drew their weapons in response—Bryan Whittle and Juan Carlos Nazario.

Whittle, a master sergeant for the Oklahoma National Guard, told The Oklahoman that he does not think of himself as a “hero,” and instead believes that he is “just an average guy who had the right tool to help at the right time.”

“I just reacted,” Whittle said. “I just did it. I wasn’t thinking about anything other than I had to stop this guy and I’m not going to die here.”

GOOD GUY WITH A GUN: Meet Bryan Whittle. The Oklahoma veteran is one of two armed citizens who took down the Lake Hefner shooter. Learn more about the two men many are calling heroes >> https://t.co/C2T76xZQ0o pic.twitter.com/8L1sENnoWk

4. The gunman clearly suffered from mental illness, and it was not clear if he was receiving treatment

While there is nothing that can justify Alexander Tilghman’s choice to open fire on a crowd of innocent people, the mainstream media’s response to the attack is a reminder that it often ignores the underlying issues that accompany individuals who act out and attempt to commit mass murder.

The majority of the suspects who have carried out mass shootings in recent years suffered from mental health issues and were taking psychotropic drugs that have been shown to worsen the issues they were prescribed to treat, and that comes with side effects that include a range of violent behavior traits. Although it is not clear what Tilghman suffered from mentally, or whether he had been taking any prescription drugs, the videos he posted on his YouTube channel in which he said he was being taunted by demons were a clear indicator that he needed mental help.

“i have given up on life and my only hope is if a real person reaches out to me, been alone for too long, going through hardcore satanic attack, i hear snapping on the walls, i hear these noises EVERYWHERE igo, i cant take it anymore, its the worst torture ever!!! someone please help me!!!!” Tilghman wrote in the comment section.

5. The only person who was killed during the shooting was the gunman, proving the old adage, “If it bleeds, it leads.”

When there are reports of a mass shooting, the mainstream media provides 24/7 coverage that includes interviews with witnesses—even when they are young children who have just witnessed horrific events—and obsessive details over the shooter’s past. However, that coverage is significantly different when the shooting is stopped by an armed citizen and no one is killed.

Instead of celebrating the brave actions of the citizens who risked their lives to save the lives of strangers, the mainstream media often provides as little coverage as possible. This is not an isolated incident. As The Free Thought Project has reported, the FBI recently admitted that citizens successfully intervened in eight active shooter incidents in 2016 and 2017:

These heroic citizens prevented or helped to stop what could’ve been some of the worst shooting incidents in US history. As the report notes, citizens “safely and successfully” ended the shooting by confronting the shooter—not police.