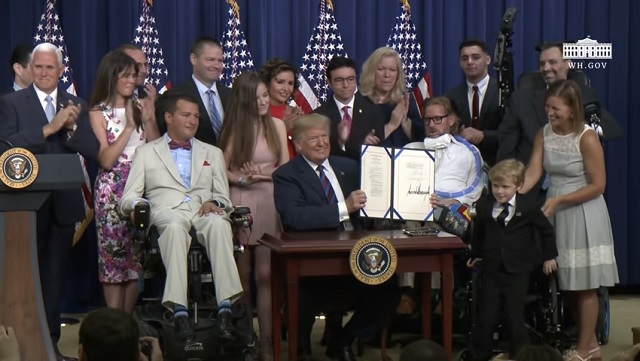 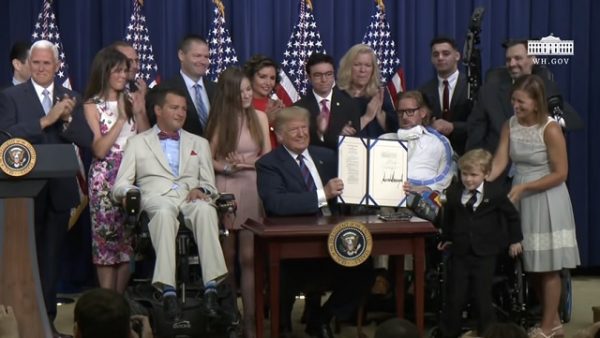 The Democratic Party, which supports children experimenting with hormone blockers to become “transgender,” is overwhelmingly against terminally ill patients being allowed to experiment with non-FDA approved drugs.

Though Democrats managed to block the Republicans’ “Right to Try” bill back in March, Republicans still managed to pass the bill after getting modest Democrat support.

Dubbed “right to try,” the law’s passage was a major priority of Trump and Vice President Pence, as well as congressional Republicans.

“Thousands of terminally ill Americans will finally have hope, and the fighting chance, and I think it’s going to better than a chance, that they will be cured, they will be helped, and be able to be with their families for a long time, or maybe just for a longer time,” Trump said at a bill signing ceremony at the White House, surrounded by terminally ill patients and their families.

[…]Most Democrats and public health groups [Ed note: Big Pharma lobbying groups] oppose the bill, arguing that it could put patients in danger.

Opponents also argue it gives “false hope” to patients, since drugmakers aren’t required to give unapproved medicines to patients who ask for them.

The entire Democratic platform is based around giving people false hope. From “banning guns will solve all crime” to “taxing carbon will stop climate change.”

The only negative I can see is the bill doesn’t go far enough as the drugs reportedly have to pass FDA phase 1 clinical trials (which costs drug makers anywhere from an estimated $30 million to a whopping $169 million).

While I would have preferred the FDA be abolished, this is at least a good start.