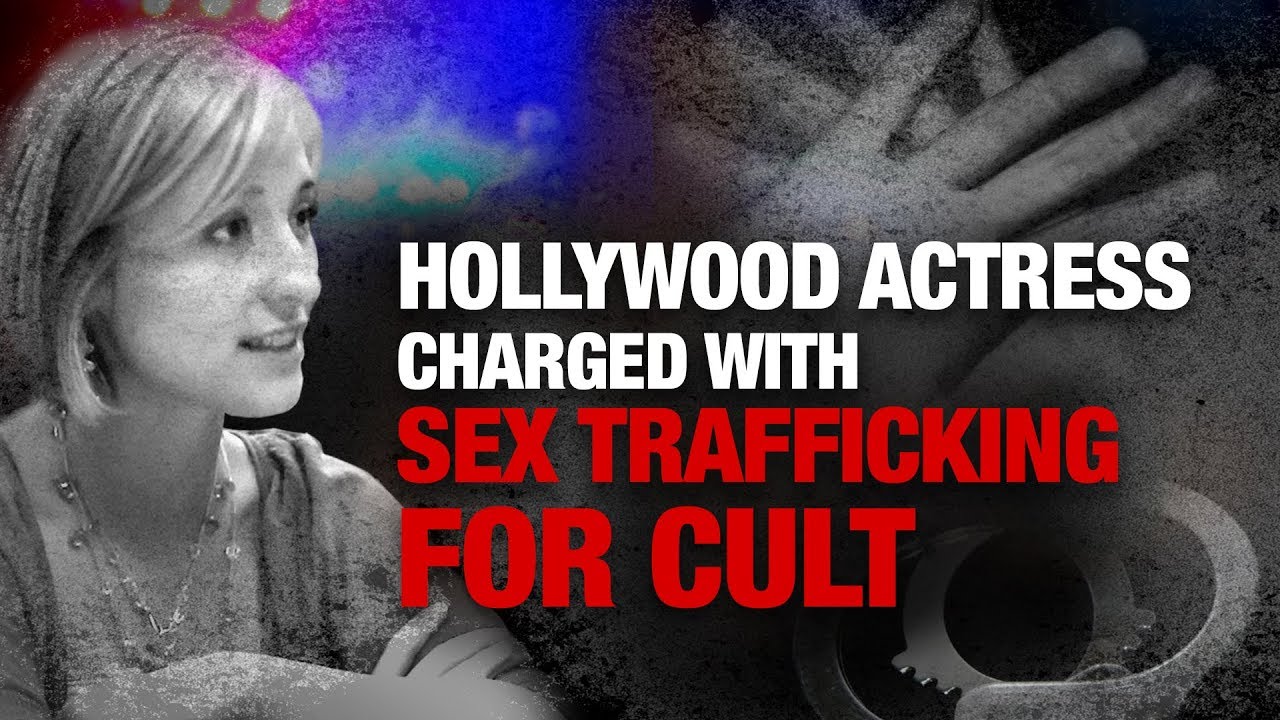 Another shocking story of sex trafficking in the United States, this time involving a Hollywood actress arrested on charges of recruiting women to become sex slaves for a cult.

The cult, operating as “self-help” business NXIVM, was flagged as “expensive brainwashing” as far back as 2003. But the organization is much more than that, with connections to both Hollywood and political elite.

This is a Reality Check you won’t get anywhere else.

Allison Mack, known for her role as “Chloe” in the TV series Smallville, was arrested on April 20 as part of an indictment charging her and a man named Keith Raniere for sex trafficking and forced labor.

Mack allegedly recruited women to join a female empowerment group, one of many programs under Raniere’s multi-level marketing business, NXIVM.

But according to U.S. Attorney Richard Donoghue, instead of being empowered, these women were “exploited, both sexually and for their labor.”

Based in Albany, New York, Raniere formed Executive Success Programs, Inc. in 1998 offering courses to help “actualize human potential.” He later set up NXIVM in 2003 as the umbrella organization for ESP, Inc. and other affiliated entities.

Since then, NXIVM has grown to become a global pyramid scheme, operating in the U.S., Canada, Mexico and South America. Members are required to recruit others to rise in the ranks, and are charged thousands of dollars for so-called self-help classes that can run as long as 14 hours per day.

Now, after years of reports that NXIVM is a cult, Raniere has been arrested, taken into custody in March following sex trafficking and forced labor charges.

A month later, Mack was charged and arrested. She was released on $5 million bond…

So what exactly did Mack do? According to the DOJ, “Mack is credited in publicly available materials with co-creating a NXIVM program, called the source, which recruited actors.”

Mack regularly touted NXIVM as a feminist group on her social media pages.

In particular, she exhibited strange behavior on Twitter, allegedly attempted to recruit actress Emma Watson, and back in January, posting an image of Marina Abramovic… yes, the woman most famous for “spirit cooking.”

Further, court filings state, “Mack directly or implicitly required her slaves, including Jane Does 1 and 2, as identified in the indictment, to engage in sexual activity with Raniere. In exchange for this, Mack received financial and other benefits from Raniere.”

These slaves were allegedly starved, branded, and forced to have nude photos taken of them as collateral. And that might not be the full extent of the torture these women went through.

The latest in this sex cult scandal: NXIVM’s resident physician has been charged with conducting illegal human experiments.

The New York State Office of Professional Medical Conduct is accusing Porter of moral unfitness, gross incompetence, and gross negligence, according to the New York Post.

What you need to know is that NXIVM’s self-help and empowerment programs attracted wealthy, powerful and public figures from around the world, even as the company was accused of being a front for a cult.

And now, beyond these charges against Mack and Raniere for sex trafficking, there could be bigger implications for those who funded NXIVM.

That includes the heiresses to the Seagrams liquor fortune, Clare and Sara Bronfman reportedly gave $150 million of their trust fund to support NXIVM, according to an article published by Vanity Fair in 2010.

Because remember, in December of last year, President Donald Trump issued an executive order stating that anyone involved in human rights abuses and corruption could have their assets frozen.

There’s more to this story, with at least 70 business entities listed in court documents associated with NXIVM. We’ll keep watch as the story develops.

Article posted with permission from Truth in Media