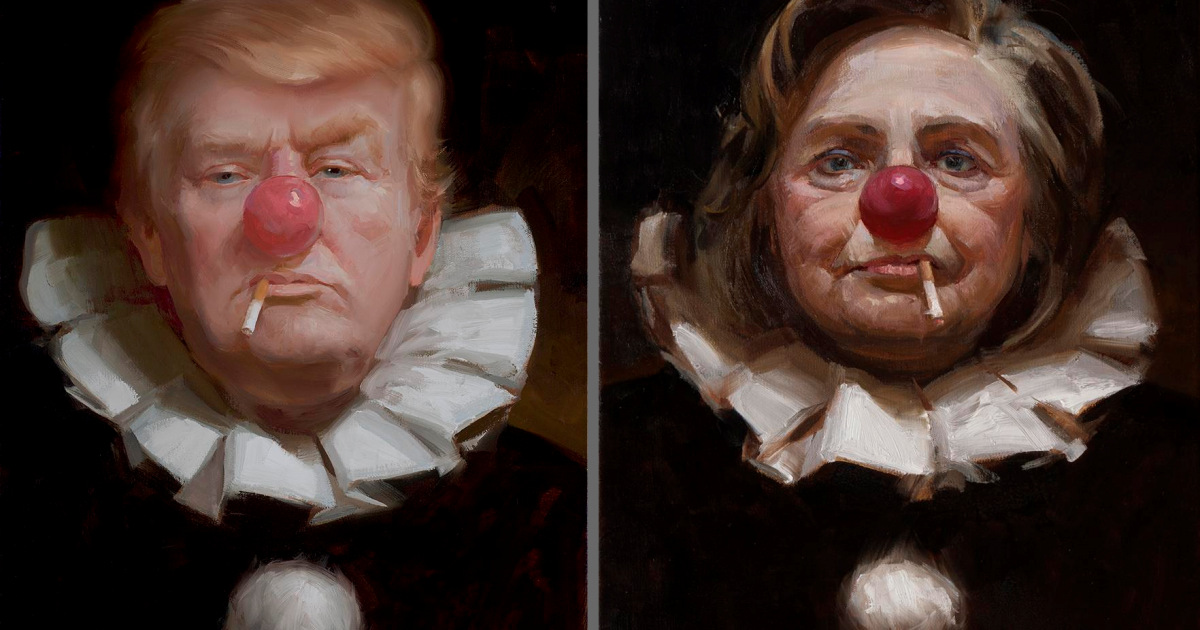 If I see a reoccurring post on social media, almost without fail, it is a post from the people reminding the President of his promises told to them on the campaign trail concerning the rule of law that he promised to bring back in. After all, he has been given delegated authority from “We the people” to prosecute; yet he has not.

Remember Donald Trump said on December 29, 2017,  “I can do whatever I want with the Justice Department?”

The question that I have for the President is, why haven’t you prosecuted the enemies within who mean to destroy you and this country? (I, of course, am playing to those that still have not opened their eyes to this never ending game of circus politics that they are caught up into.)  (Jeremiah 5:21)

“A king (President Donald Trump as a Representative of the American people under God’s moral Law, Common Law) that sitteth in the throne of judgment scattereth away evil with his eyes.” – Proverbs 20:8

Therefore, we see that judgment scatters evil away as does it guard our liberties.  Yet, judgment has not been brought forth to establish peace and righteousness within our country by this administration. (Amos 5:15)

I ask, what of that “swamp” that remains to be judged according to the law, Mr. President?  If you remember, that was to be drained by your administration.

Americans need to awake to the fact that this is all controlled opposition, the left warring against the right is nothing more than pro wrestling.

Furthermore, this president acts, and I said acts (this is what actors do), more like an impotent victim than the Commander-in-Chief.  America, Donald Trump is the President, not the victim!

He is nothing more than a created underdog (CIA Controlled media attacking him, unless it agrees with the agenda) who is being beat up by those that he fails to prosecute.  Why? It is to simply drive more support for his administration. This is a Communist tactic.

“The best way to control the opposition is to lead it ourselves.” -Vladimir Lenin

Furthermore, this is merely the “Circus of Politics” from start to finish, designed to divert one’s attention away from the agenda that they are pushing forward.  All of this, of course, is behind the contrived and fabricated “smoke and mirrors.”

Look at the headlines, just today, highlighting the crimes of corruption in government.

Well, Mr. President, when is that DOJ that you have control over to do what you will, going to bring forth judgment against those that allegedly want to overthrow your administration?  This is illegal Mr. President. (10 U.S. code 7 894- Art. 94. Mutiny or Sedition. Or Article 3, Section 3 of the US Constitution.)

This is simply the conditioning of the American people by pulling away prosecution of the guilty with help coming from the likes of the appeasers Trey Gowdy, Jason Chafftetz, and Daryl Issa.

We are not seeing Justice Americans, we are seeing injustice.  These criminals are not being prosecuted, and, at length, they are being promoted (Matthew 16:14-16).

“If you tell them what they want to hear, they don’t bother to try to see.” –Libba Bray

On May 25, 2018, Former U.S. Secretary of State Hillary Clinton on Friday received the Radcliffe Medal, which annually honors a recipient whose life and work have had a “transformative impact on society.” Sound familiar? “Fundamentally Transform America.” I thought Barrack Obama and Hilary Clinton were rivals?

Where is that special prosecutor, Mr. Trump, that you promised to bring forth were you to win the Presidency?

“America deserves to know if Democrats (As if to suggest that there is a difference between the democrats and the republicans; Divide and conquer Mark 3:25) used taxpayer money to fund spy ring in Trump Campaign”

All circus politics, no justice: No rule of Law unto judgment to establish peace (Isaiah 51:4), just empty promises.

Side note: The hypocrisy and willfulness to justify the president (The professed Christians in this country may want to make sure that they are Christians before making sure the president is one (1 John 2:6).  In an attempt to justify themselves (Luke 16: 14-16), it has become so apparent that pro-life organizations are thanking Donald Trump for a victory in a PROPOSED bill to defund the abortion industry. I said PROPOSED. Where did government receive delegated authority from “We the People” to enact such legislation, forcing taxpayers to pay for the murder of the innocent in the womb?  (Proverbs 6:17)

Maybe these that are duped by political theatre would like to take a look at the $1.3 trillion omnibus bill that Donald Trump just signed under “National Security” that funds the illegal abortion industry with a $51 million deposit into Abortion Industries bank accounts, paid for, of course, by these cheerleaders who refuse to judge this administration by its fruit (Matthew 7:16).

Americans do not see when it comes to these corrupt politicians that they are simply protecting their own, as well as themselves and the corporations and special interest groups for which they work. Time will prove this truth, as it always does.

How many administrations were called out for their crimes during their incumbencies?  When questioned for their crimes, they would stand and deny it publically and laugh it off, only to find later on that they finally admit it when they are no longer in office.  Every, single one of them (John 8:44).

It has been said, “If you start throwing these corrupt politicians in jail that the swamp will dry up real quick.”

So, I ask again, where is that rule of Law, Mr. President?