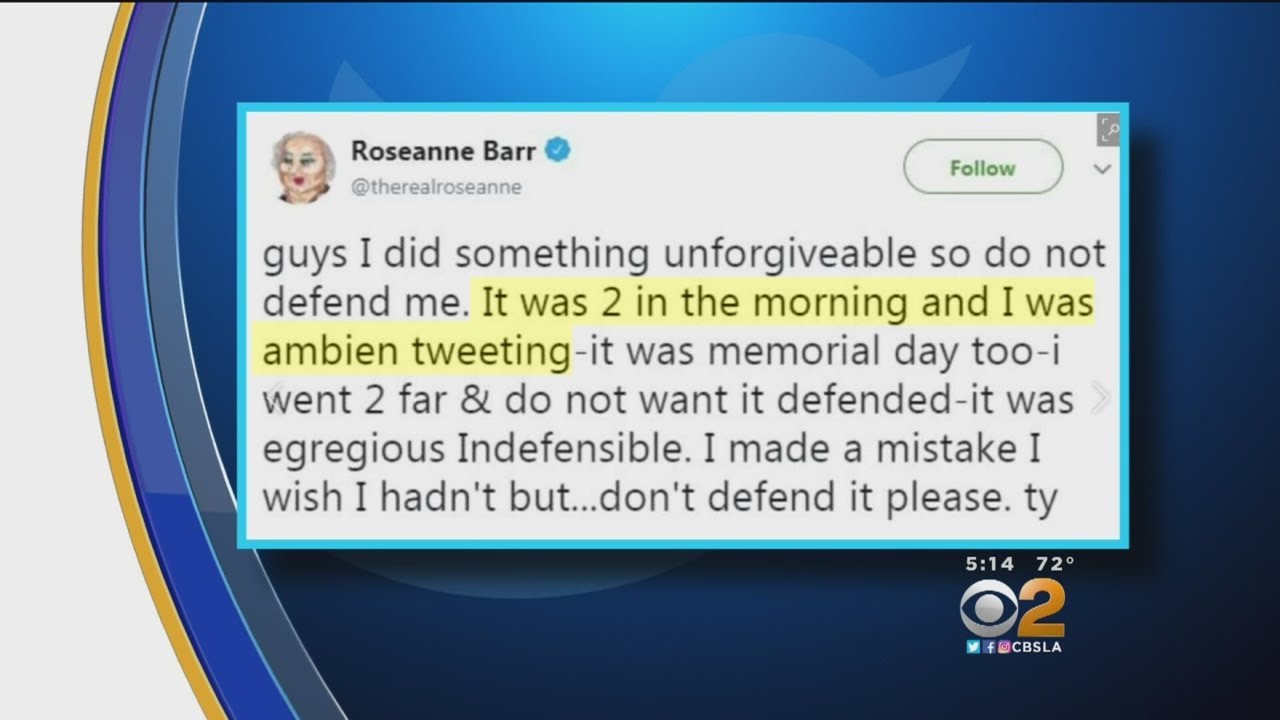 It’s all over the news — ABC’s cancellation of Roseanne Barr’s rebooted Roseanne sit-com after her distasteful and wholly indefensible tweet about Obama’s senior adviser Valerie Jarrett as “muslim brotherhood & planet of the apes had a baby=vj”.

She later blamed her tweet on being muddle-headed because she had taken Ambien.

Conservatives who leap to Barr’s defense should really reconsider. Here are three things about Barr to keep in mind:

(1) There’s no excuse to sink to racism by characterizing Valerie Jarrett as an ape. It is not Jarrett’s race that is the problem; it’s Jarrett’s political beliefs, actions, and character. For conservatives to defend Jarrett is to lend fuel to the Left’s malicious stereotype of conservatives as white racists.

(2) Just because Roseanne Barr is pro-Trump doesn’t mean she’s a conservative or a patriot:

(3) I am skeptical about Barr’s recent seeming political conversion — and anything she does — because by her own admission, she is severely mentally ill.

As reported by ABC News in July 2001, Barr in 1994 first told the world she has multiple personality disorder, also known as dissociative identity disorder.

Barr said that, since she was a child, she’s had seven personalities, whom she named Somebody, Nobody, Baby, Cindy, Susan, Joey, and Heather. In an August 2001 interview in Esquire magazine, she said that after 10 years of hard work, she had managed to integrate the differing personalities:

“I haven’t had any blackouts for quite a while. I used to have them minute by minute. I was always in conflict about conflicting parts, but I’ve learned how to get them to listen to each other now. I’ve learned how to get them to know they’re on the same team, that we occupy the same body, which we never knew before. It’s like living in a maze. It’s like that old woman who keeps adding on to her house … But the parts don’t get along and some of them have some real strange ideas about how to defend.”