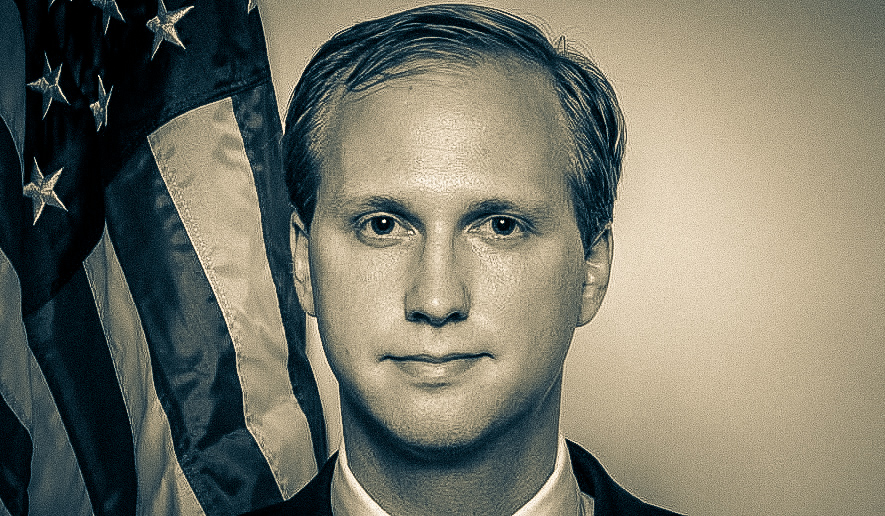 I’ve said it before: After Obama was elected POTUS, a gate to Hell was opened. No longer hiding in shadows, evil is now in your face.

Pedophiles have become so emboldened that they’re openly running for political office.

Nathan Larson, 37, an accountant and pedophile in Charlottesville, Virginia, is running for Congress as an Independent.

Yesterday, May 31, 2018, in a phone call with Huffington Post, Larson admits he’s a pedophile, but insists he had not committed any crimes. He complains that the word “pedophile” is “vague” and “just a label,” and claims that it’s “normal” for men to be attracted to underage women.

Larson said he’d created the now-defunct websites suiped.org and incelocalypse.today as chat rooms for pedophiles and violence-minded misogynists like himself. (On May 29, the two websites were terminated by their domain host.)

“Incelocalypse” refers to “involuntary celibates (incels)” who will “make the jailbaits our rape-slaves.” (“Jailbait” is slang for a minor who is under the legal age of consent for sex.)

Using the pseudonyms Leucosticte and Lysander, Larson frequently participated in conversations on those websites, endorsing child rape, bragging about raping his late ex-wife, as well as identifying himself as a “hebephilic rapist”. He wrote:

“Why doesn’t every pedo just focus on making money so they can get a pedo-wife and then either impregnate her with some fucktoys or adopt some fucktoys?” That would accommodate both those who are and aren’t into incest. And of course, the adoption process lets you pick a boy or a girl.”

Larson also repeatedly expressed a desire to have sex with infants and children, including his own 3-year-old daughter who lives with relatives. He relinquished his parental rights during a custody battle. His ex-wife got a court-ordered restraining order against him in 2015 before committing suicide. He has since remarried and is now living in Catlett, Virginia.

This is Larson’s campaign platform according to his campaign manifesto:

This is not Larson’s first run for political office.

In 2008, he ran for Congress in Virginia’s 1st District on an “anarcho-capitalist” platform. That same year, he sent a letter to the Secret Service threatening to killthe president, which landed him in federal prison for 14 months and barred him from seeking public office.

But in 2016, then-Virginia Gov. and Clinton crony Terry McAuliffe (D) restored voting and other civil rights to thousands of felons, allowing Larson to campaign again. In 2017 he ran in Virginia’s House of Delegates District 31, receiving less than 2% of the vote. Now he is running for Congress to represent Virginia’s 10th Congressional District.

Larson is unfazed about his long odds of attaining government office. As he puts it:

“A lot of people are tired of political correctness and being constrained by it. People prefer when there’s an outsider who doesn’t have anything to lose and is willing to say what’s on a lot of people’s minds.”