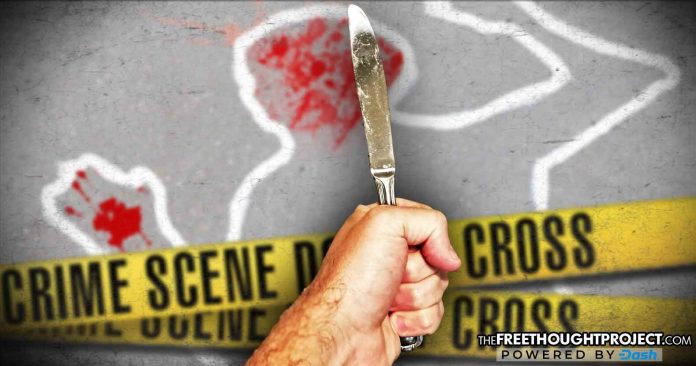 The United Kingdom, a country known for its strict gun laws, is now battling soaring knife crime rates, and as bans on the utensils have failed, one judge is now suggesting that citizens should be forced to dull their kitchen knives in an effort to help prevent crime.

Luton Crown Court Judge Nic Madge said he fully supports a government ban on knives, according to a report from The Telegraph. The logic he used to argue for new legal restrictions was eerily similar to the talking points used by politicians in the United States who seek stricter gun control laws.

The judge acknowledged that the government can only do so much, and while it can ban certain large knives, it is not likely that it will be successful in banning all kitchen knives—and convincing the public to comply. Because of this, he argued that the public should turn their attention to corralling “lethal knives which are potential murder weapons” that can be found in every kitchen.

“The reason why these measures have little effect is that the vast majority of knives carried by youths are ordinary kitchen knives. Every kitchen contains lethal knives which are potential murder weapons,”Madge said. “Accordingly, it is very easy for any youth who wants to obtain a knife to take it from the kitchen drawer in his home or in the home of one of his friends.”

“It might even be that the police could organize a program whereby the owners of kitchen knives, which have been properly and lawfully bought for culinary purposes, could be taken somewhere to be modified, with the points being ground down into rounded ends,” Madge said.

The judge is not the only one in favor of a ban on knives. Last month, London Mayor Sadiq Khan called for stricter “knife control,” and wrote on Twitter, “No excuses: there is never a reason to carry a knife. Anyone who does will be caught, and they will feel the full force of the law.”

No excuses: there is never a reason to carry a knife. Anyone who does will be caught, and they will feel the full force of the law. https://t.co/XILUvIFLOW

As The Free Thought Project has reported, there were 37,443 recorded knife offenses in the UK—12,980 of which took place in London—between September 2016 and September 2017, which was a 21 percent increase from the year before, according to records from the Office for National Statistics.

The increase in knife crimes is affecting a variety of ages, and on Dec. 31, 2017, four individuals ranging in age from 17 to 20 were stabbed to death, bringing the total number of stabbing deaths in London to 80 in 2017. The Independent reported that the number of teenagers murdered in the capital is now at its highest in nearly a decade.

While the UK’s gun laws are often used as an example that the U.S. should follow, the fact is that even with strict gun control in place, the Office for National Statistics still found 6,694 recorded gun offenses in the year leading up to September 2017, which was a 20 percent increase from the previous year.

Even if Judge Madge’s plan is accepted, and the UK government enacts programs to force citizens to dull the edges of their kitchen knives, it is still ignoring the root of the problem, which is the fact that the country is seeing a staggering increase in crime all around.