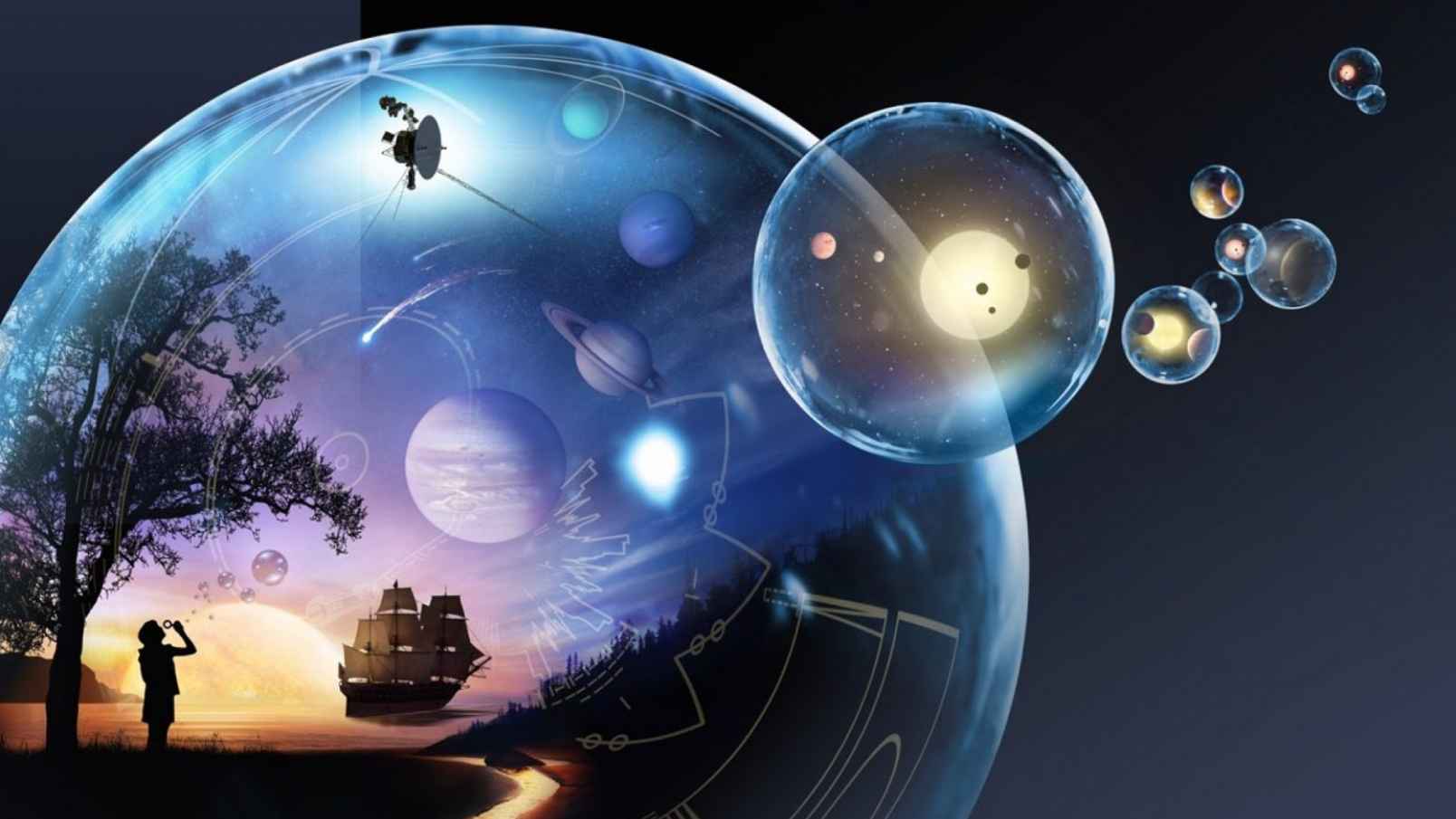 “Why do you hate science?”

That’s the question leftists have taken to asking non-leftists. Leftists claim to love science, insofar as anyone can love a method for testing a hypothesis, and accuse their enemies of hating it.

How can anyone love or hate an indifferent set of techniques? And how can an ideology that believes technological civilization is destroying the planet really claim to love the science behind it?

But swap out “science” for “god” and the question, “Why do you hate science” makes perfect sense. So do the constant assertions of love for science. These aren’t scientific assertions, but religious ones.

Actual science doesn’t care whether you love or hate it. That’s not how you engage with the theory of relativity. But religion is measured by love and hate. Either you love a deity or you hate it.

No one loves or hates science. But they do love Scienticism.

Scienticism is science without skepticism. It takes the ideas of science and uses them to create an infallible belief system that gives our lives meaning and dictates how we should live those lives.

In other words, a religion.

Contrary to popular disbelief, a religion doesn’t need a god. It does need some things. A creation myth that explains our lives. An enlightened leadership. The conviction that every person’s actions matter. Redemption, salvation and damnation. Miracles. An imminent apocalypse. A prophesized golden age.

Scientism offers all these things and more. Its creation myths inevitably lead to philosophies about our place in the universe. Its miracles are technological. Its heroes have super powers or spaceships. Global warming is on its way to destroy us. And only recycling and green energy can save us from the climate apocalypse. Its truths are infallible because they are prophesized by PhD’s wielding hockey stick graphs.

Its god is Homo Progressivus, born an ape and ascending to singularity synthesis. Its heaven is a social services agency. Its saints died for social progress. And if you want angels, why not try UFOs?

But what about the devil? In the early days of Scientism, superstition was the great antagonist of modernity. Technological progress had made a new sort of civilization possible. And Scientism was born out of that thrilling encounter with the future. We no longer believed in confessing to clergy. Instead we had our minds scientifically psychoanalyzed by Freudians. The imminent apocalypse had nothing to do with heaven, but everything to do with the class conflicts of capitalism. Our legends would no longer be about the past, but the wonders of the future. Our enemy was the past, with its tradition and ignorance.

The past is dead.

Religion is vanishing in Europe and America is catching up. Morals are as outdated as phrenology. No one believes in the golden future anymore. Least of all the worshipers at the chrome altar of Scientism.

Scientism had created a god of endless progress. A collectivist human engine of innovation. Now it turned him into the devil. Like Zoroastrianism, Scientism became a dual religion of two gods.

One good and one evil.

The Ahriman of scientism builds nuclear power plants, drills for oil, drives an SUV, launches spaceships and shops with plastic grocery bags. Its Ahura Mazda rides a bike, saves trash for compost, eats locally farmed food (I recently passed a downtown Manhattan restaurant which promised that its food came exclusively from the local farms for which the island is renowned) and gets his power from the sun.

Scientism both worships and demonizes science. It loves and hates it. Its mission is to save us all from the ravages of science. And if you question this mission, you’re accused of hating science.

The Scientism of 1918 and 2018 are both snapshots of a philosophical schism that tore the left apart.

The 1918 left reviled the capitalist, but admired the collectivist order of his factory. Its vision was to turn all of society into a factory without a capitalist owner. Social problems would be solved by experts. Organizations would impose efficiency. Global governments would end war, hunger, and euthanize people with flawed genes. The priesthood of public service would replace the service of god.

The 2018 left reviles the factory. Its scientism is an ugly half-breed, half hippie and half technocrat. It’s convinced that science makes it superior. And equally convinced that science is a cold, sterile philosophy of dead white men that cuts us off from the true intensity of feeling of the noble savage and pothead. It romanticizes rural living, handicrafts and religions that behead their daughters. And then it retweets Neil DeGrasse Tyson or Bill Nye to tell off those stupid science-hates who don’t believe science is destroying the planet. Don’t they realize that science has scientifically proven that science is evil?

Confused? So are they.

Technocracy, the factory model extended through the latest internet innovations and their philosophical afterbirths, is still at the heart of left. Despite its hippie affinity for local farms in Manhattan, trendy crafts, raw food and farmhouses in Vermont that no farmer can afford, it doesn’t actually want to move to a commune. Its urban and suburban efforts to mesh yuppie and hippie reflect a mixed-up culture.

And so the left wants us all to live in big cities and bike to work. It loves traveling on jet planes to get back to unspoiled nature. It can’t stop lecturing us on how much it loves science between its meditation classes and protest against nuclear power. It wants a government to use the latest technology to control every detail of our lives so that all the oppressed can finally be free.

Scienticism’s schizophrenia is due to the left trying to reconcile the factory and the commune in erratic and hypocritical ways. Its mind is with the factory, but its heart is in the commune. The technocratic system it’s inflicting on everyone uses false appeals to science as proof of its practical infallibility.

And that’s what the left always loved and truly loves about science.

Science gives it an unfounded sense of practical infallibility while its projected empathy gifts it with an even more unfounded moral infallibility. Between the two, the left is convinced that everything it does is bound to succeed and is the absolutely right thing to do. Even though history shows the exact opposite.

Every crackpot leftist theory from Marxism to Global Warming is cloaked in an inevitable something. The revolution of the working class can’t be stopped. The world is bound to run out of food, oil and sanctimony. The rise of the oceans can’t be stopped (except by electing Democrats). Science says so.

But science is the opposite of infallible. Its strength is its fallibility.

Science offers a crab walk forward, because it’s willing to admit and correct errors. But Scientism never admits it’s wrong. Instead it claims that scientific testing has found it absolutely true. Then it hides its data and tries to pass laws banning anyone from questioning its absurdly premature conclusions.

Scientism strips science of its greatest strength and builds a cargo cult around wearing a lab coat.

The left loathes real science because it hates skepticism. But it loves infallibility. And that is all that’s left of its science. What was once the soul of secularism, a belief system bestriding civilization, now exists solely to offer infallibility to whatever loathsome nonsense the left believes at any given moment.

The rest of utopia has melted into a slimy soup of machine politics, identity politics, elitist snobbery and random tantrums by the sort of unstable people that cults tend to attract like flies to roadkill.

The left doesn’t love science. It loves its own power.

Scienticism is a cult of power. Its dualism of the god and devil of science battling each other is a philosophical breakdown which reconciles a schism within the left by offering it even more power.

The old Scienticism believed that our only god would be human progress. Then the new gods of the New Frontier and Great Society with their sociology degrees and colored charts stared into the mirror, they went into the counterculture and came back having found that they were not only gods, but devils.

Daniel Greenfield is a Shillman Journalism Fellow at the David Horowitz Freedom Center. This article previously appeared at the Center’s Front Page Magazine at the following location